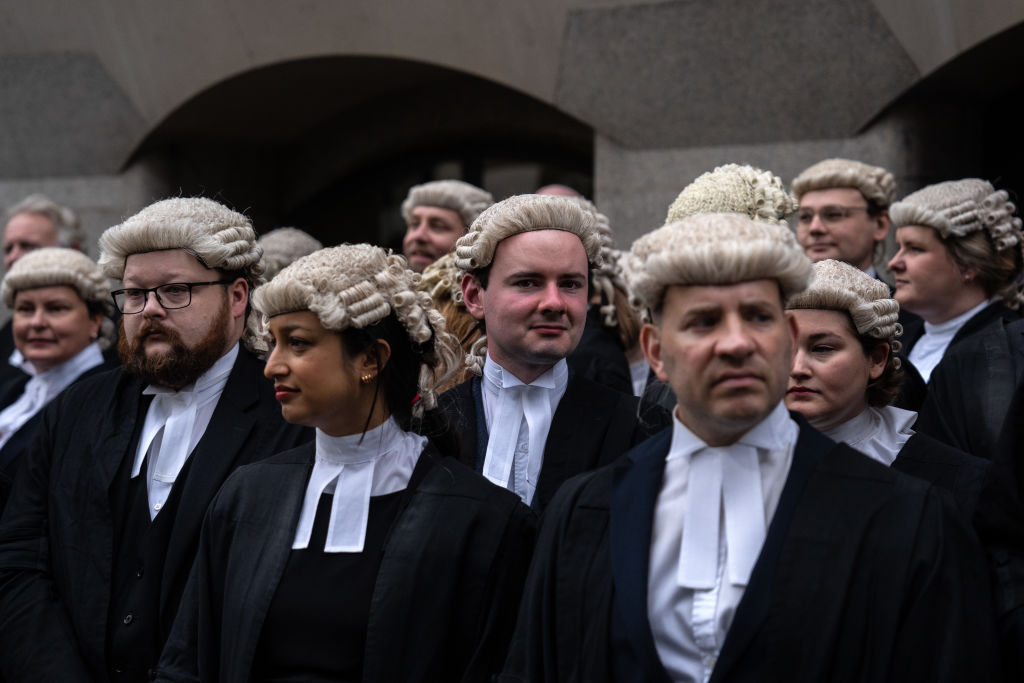 LONDON, ENGLAND – JUNE 27: Defence barristers take part in a strike outside the Central Criminal Court, also known as the Old Bailey, on June 27, 2022 in London, United Kingdom. Defence barristers voted for strike action in a dispute with the government over funding in criminal trials, and the attendant pay for lawyers working in criminal justice. (Photo by Carl Court/Getty Images)

Senior criminal lawyers in England and Wales on Thursday vowed to plough on with strike action, despite a government commitment to raise their fees.

Barristers began a series of escalating walkouts on Monday, planning to stop work by one extra day a week until a full five-day strike from July 18.

They are also refusing to accept new cases or cover for colleagues, which they say is vital to prevent the collapse of the criminal justice system.

The lawyers want an immediate 15 per cent hike in the payments they receive for state-funded legal aid work that ensures representation for defendants on low incomes.

The Ministry of Justice announced that criminal barristers will receive that rise from the end of September, giving them £7,000 ($8,500) more a year.

But Jo Sidhu, chair of the Criminal Bar Association, which represents barristers, said it “tells us criminal barristers nothing new”.

The offer applies only to new cases, meaning more than 58,000 outstanding cases would continue to be paid at old rates, the CBA said.

Moreover, payment is made only when cases are concluded, with the current average duration of cases running at about 700 days.

That means it will be “years” before lawyers see the money, the body added, calling for the increase to be paid immediately and to cases underway.

Britain’s criminal justice system is massively under pressure due to years of cuts to legal aid rates and Covid backlogs which have delayed cases coming to court.

The CBA say poor pay rates have made recruitment to the profession difficult and seen an exodus of lawyers, including 300 last year alone.

Justice Minister Dominic Raab — a former lawyer — has called the strike action “regrettable” and said it would “only delay justice for victims”.

The strike comes after rail workers walked out in a series of stoppages last week with more activities planned in the sector in July.

The action has fuelled fears of a “summer of discontent” as a growing number of key worker groups demand pay rises to combat rising inflation, which has hit 9.1 per cent — a 40-year high.