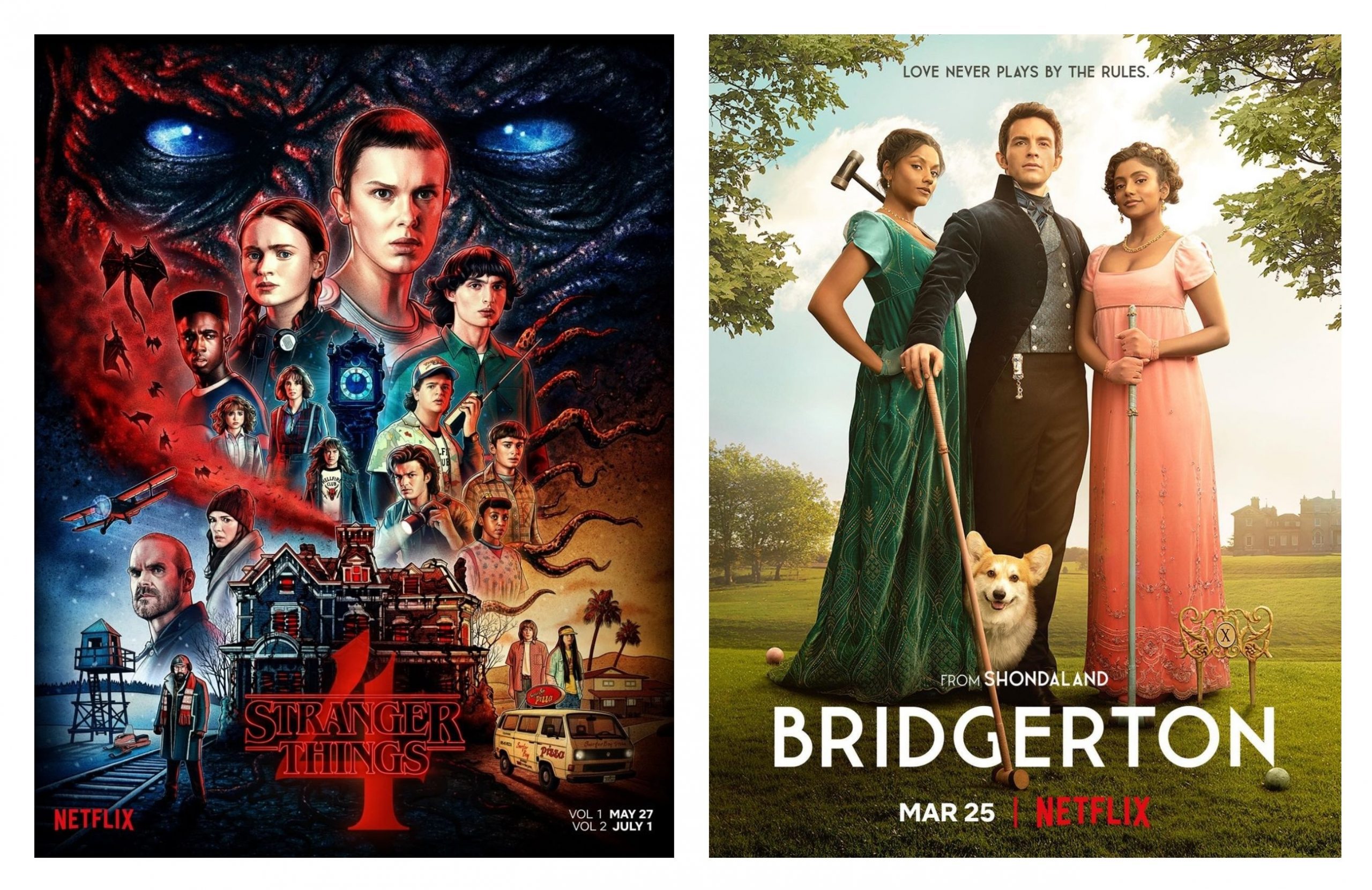 Stranger Things 4 has taken back its title as Netflix’s most-watched English-language series from Bridgerton 2.

The fourth season of Stranger Things premieres in two chunks; the first volume of seven episodes debuted on May 27 and the final two episodes will start streaming on July 1.

Season 4 volume 1 of the Duffer Brothers’ hit sci-fi series broke the record for the biggest-ever premiere weekend of an English-language series, which was previously held by Season 2 of Bridgerton.

According to Netflix’s newly released Top 10 rankings, Season 4 of Stranger Things was viewed for 287 million hours during the week of May 23-30, landing in the No. 1 position. This comes after only three days of availability, as Part 1 of the season debuted with seven episodes on Friday.

All four seasons of Stranger Things made it back into Netflix’s Top 5 titles for the week of May 23-30.

Taking the No. 3 spot with 28 million hours viewed was Season 1 of Stranger Things, which first returned to the Top 10 last week as fans rewatched the series in preparation for Season 4.

Bridgerton Season 2 was viewed for 193 million hours over its debut weekend, which occurred during the week of March 21-27. That impressive three-day viewership was a record-breaker for the streamer, with Bridgerton Season 2 becoming the most-watched Netflix English-language TV title in its premiere weekend in Netflix history.

The series has already been renewed for its fifth and final season.