‘Stop cultural practice of husbands being allowed to instruct their wives in voting booth’, says UK’s levelling up secretary 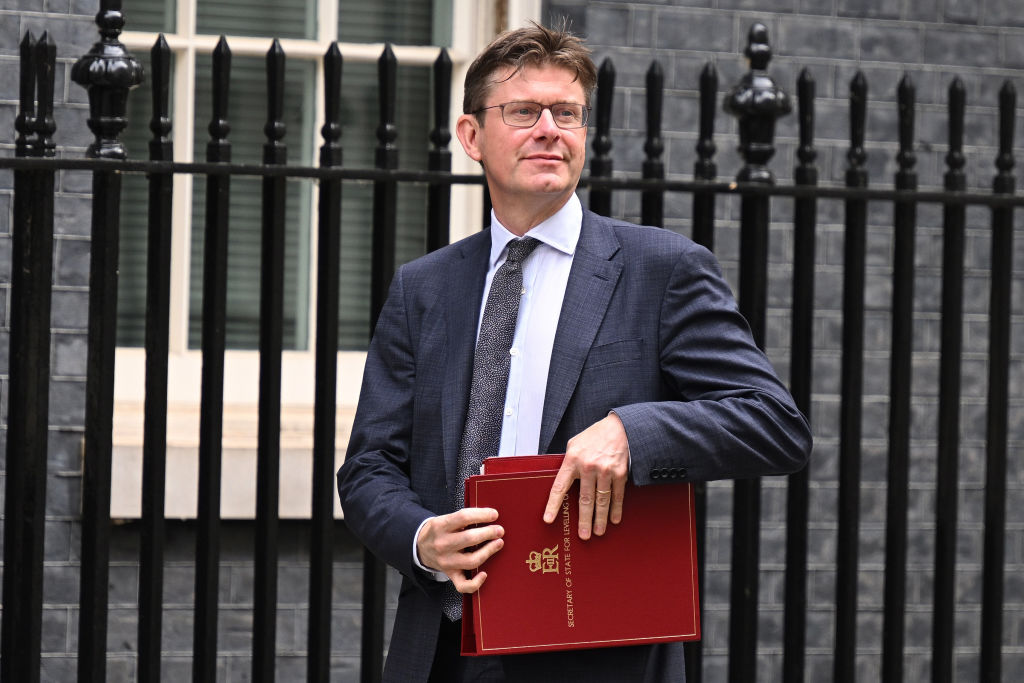 Ministers in the UK want the elections watchdog to prevent ‘any cultural practice of husbands being allowed to instruct their wives’ in the voting booth, according to a report.

They accused the Electoral Commission of turning a blind eye to electoral fraud among ethnic communities. According to them, the watchdog’s actions were motivated by the fear of offending ‘woke’ sensibilities, The Telegraph reported.

Clark termed the practice as an ‘insult to the hard-fought liberty of female suffrage’.

The Conservative Party accused the watchdog of failing to tackle the issue in places such as Tower Hamlets.

A recent report revealed that ‘family voting’ was widespread in the east London borough with women from Asian backgrounds particularly affected.

The minister said that a new law will give powers to the government to tell the Electoral Commission to change its procedures.

“It is completely unacceptable in this age for anyone’s vote to be watched or pressured inside a polling station. The secrecy of the ballot is as important in the 21st century as it was in the 19th,” Clark was quoted as saying by The Telegraph.

“Any cultural practice of husbands being allowed to instruct their wives how to vote is an insult to the hard-fought liberty of female suffrage. The law must be applied equally and fairly to everyone, even if that offends ‘woke’ sensibilities. Conservatives will defend the rights of women.”

The Elections Act 2022 gives new powers for Parliament to issue policy guidance to the Electoral Commission.

A report on the May 2022 local elections by independent observers, Democracy Volunteers, has revealed that ‘significant levels of family voting’ happened during the election.

“We call on legislators and administrators to be more aware of family voting as it undermines the right to vote in secret, and to legislate where possible and prevent it in the polling stations when it is seen,” the report said.

According to the report, 5 per cent of voters showed signs of family voting in Tower Hamlets and 85 per cent of those affected were women from Asian backgrounds.

The government’s new policy guidance wants to tackle electoral fraud more seriously, and protect the secrecy of the ballot.

“The most recent elections were well run and, alongside our existing guidance to Returning Officers, additional steps were taken in those areas considered at risk of electoral fraud to support voters to cast their vote in secret. We will be reporting on these polls shortly, including evidence from voters on their experiences of voting,” a spokesman for the Electoral Commission told The Telegraph.

“The introduction of a strategy and policy statement, by which the government can guide the work of the Electoral Commission, is inconsistent with the role that an independent electoral commission plays in a democratic system. However, we will engage fully with the consultation process and publish our response in due course.”