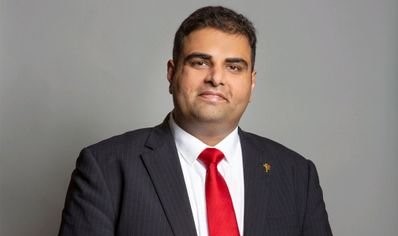 Two councillors of Stockport have accused Nav Mishra MP of orchestrating a “hard left” plan to take control of the Labour group in the local council.

Councillors Matt Wynne and Amanda Peers have claimed Mishra was behind a ‘weaponised’ selection process to replace moderate councillors with leftist ‘yes men’, an allegation which did not find favour with the party leadership.

Wynne told the Local Democracy Reporting Service that the Mishra-led left elements had been gradually taking over the Stockport unit of the Labour.

Mishra, whose parents migrated to the UK from the northern Indian state of Uttar Pradesh, has co-founded the left-wing campaigning group Stockport Momentum. He managed to win the parliamentary seat in the 2019 general election despite the Conservatives emerging victories in a significant number of seats in the north and midlands.

Wynne claimed that candidates loyal to Momentum were parachuted in safe Labour wards in local elections at the expense of moderates of the party.

He also blamed the ‘toxicity and hostile atmospheres’ created by Mishra’s faction for poor attendance in party meetings. He said the MP should not make party platforms “hostile places to spend time” and then complain when members did not turn up.

He alleged that Mishra was busy “setting up the conditions for a “toy-town revolution in Stockport”.

Mishra has refused to comment on the matter but the accusation has brought the differences within the party to the fore.

The political balance between the ‘moderates’ and the ‘hard left’ is finely balanced, but both agree that ‘the left’ has an upper hand over the other faction, according to the LDRS report.

Peers, who heads the council’s housing scrutiny committee, said there was a small group of people within Stockport Labour seemingly bent on getting their colleagues or their associates into fairly safe Labour seats.

“I had a similar experience last year in Manor ward and it’s happened again this year in Brinnington and Central,” she said.