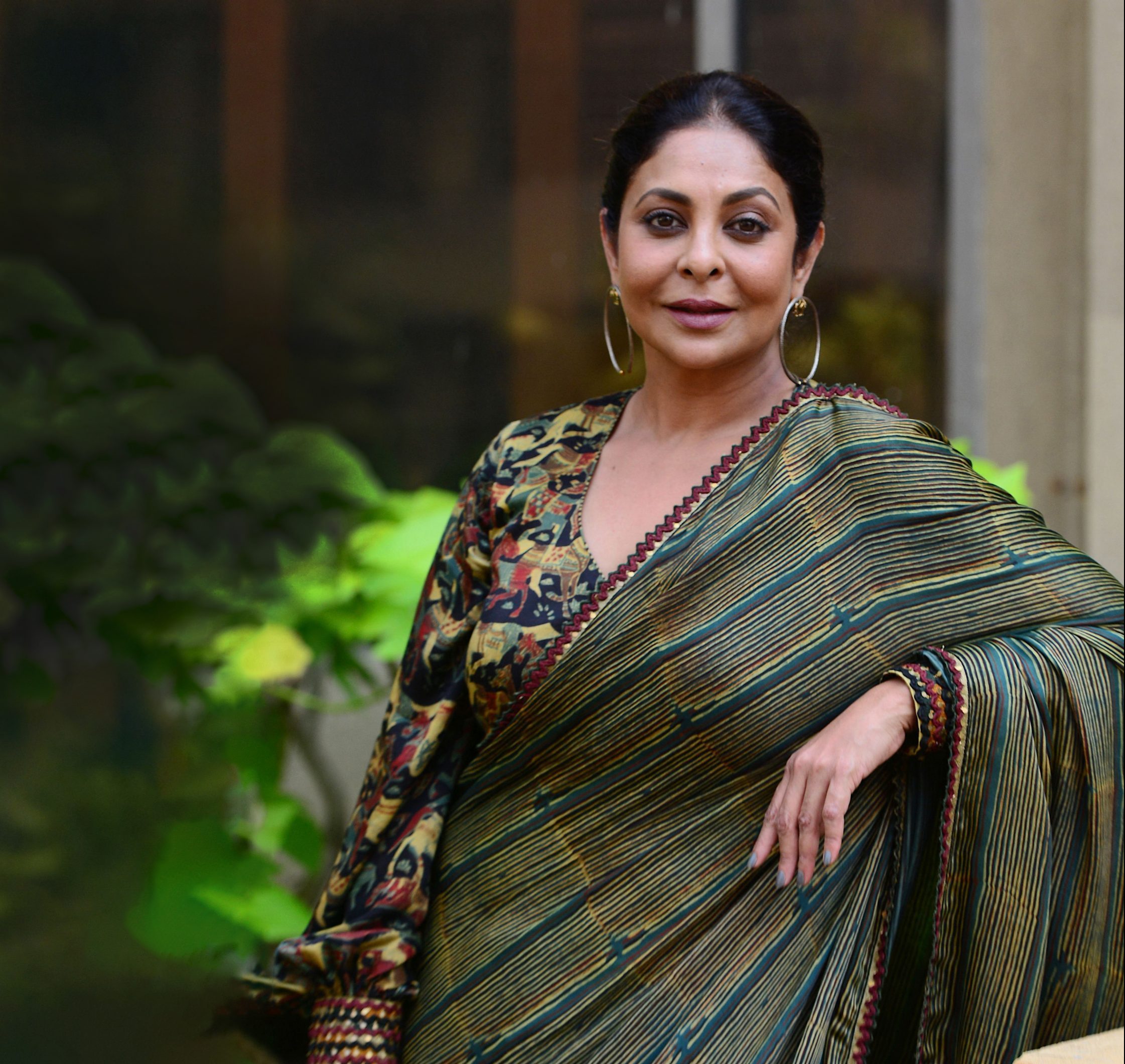 Whether it is film, television, or a hard-hitting web series, Shefali Shah has carved out a fearsome reputation for choosing strong material and making every role she portrays memorable.

The critically acclaimed actress once again shows off her impressive versatility with a starring role alongside Alia Bhatt and Vijay Varma in the newly released black comedy drama Darlings. Just like her International Emmy-winning show Delhi Crime, which returns with a hotly anticipated season two this month, Darlings is also streaming on Netflix. The film about a mother and daughter, who decide to take revenge on an abusive husband, adds to her impressive body of work and sees her deliver a brilliantly nuanced performance.

In a candid conversation with Eastern Eye, Shah spoke about what drew her to Darlings and the difference it makes when a female director tells the story of domestic violence. The actress also spoke with great enthusiasm about her iconic show Delhi Crime and how she chooses her parts.

What made you say yes to Darlings?
A fantastic script and a cracker of a role. I have never played a character like this before or done this kind of genre. The kind of work that I do has a lasting impression on people. They think, ‘she only does serious roles’ and ‘she is a very serious person’. This is very different from whatever I ha­ve done. So, it’s exciting because I always wanted to do something cr­a­zy and whacko but never got offe­red that kind of work till now. Here, the script and role are both fabulous.

After Delhi Crime, you play a mother again in Darlings. How different are they as characters?
Vartika Chaturvedi (in Delhi Crime), I think, is a more logical and saner person. (Laughs) Shamsu (in Darlings) is a whacko. Vartika can be correct or politically correct. She will be like, ‘we should do this right, and this is the wrong way’ and all. Shamsu has no qualms as such. She feels that if someone is hurting her daughter, she will do anything to protect her child. That is also like Vartika. She will do anything to protect her child but their attitude to life is different. They are two very different characters, you know. So, I don’t think you can compare them.

Do you think that Darlings will change the mindset of people towards domestic violence?
Putting the reasonability on a particular film and thinking that the whole society will change is really unfair. Not everyone turned (villain) Gabbar after watching Sholay. It’s not necessary. But the film has dealt with a serious topic in such a wonderful way that it will change the underlying thinking, which has been ingrained for so many years. I mean violence, period, is bad whether it’s done by a man or a woman. Unfortunately, women are more subjected to it. So, I think it’s a lot to expect.

You had dived into this project right after finishing Hotstar series Human. How difficult was it to leave that character Dr Gauri Nath behind and play Samshu in Darlings?
So, after a project is over, I am done with it. I don’t carry it in my next one and because of lockdown, last year was the only one where I worked so much. I did six projects last year. I have never done this much work in my entire life, honestly. Many actors have been doing it for years. I have never done it.

How did you manage?
It was not that today I shot for Darlings and then tomorrow Delhi Cri­me, and the day after Human. We finished projects one by one, but bec­a­u­se lockdo­wn was announced, everyt­h­ing piled up. However, I got time to work on each script in detail during lockdown.

Darlings marks the directorial debut of Jasmeet K Reen. Do you think that when a female director chooses a subject like domestic violence, there is a difference in approach?
Every person has a different approach, and it has got nothing to do with gender. I really feel so. I mean, this is the story of Jasmeet and, obviously, she will direct it, and nobody can do it as well as she did. But for example, if it was a different script, with a male director, and it was his story, he could have done it as well. It depends from person to person. Sensitivity, sensibility, creativity, and creative approach vary from person to person, not from gender to gender.

Do you think women-centric films are getting more acceptance today than ever before?
If you are talking about a larger picture, that is changing. It will not be an overnight change because there has been years and years of a culture where the hero has been projected as God. But if you see, it has changed over the last few years. Initially, there were art films and commercial films. Commercial films were all about dance, fights, a hero, heroine, and villains. In art cinema, there were great roles and films like Arth. In commercial films, the heroine had no real part. She was an accessory.

But it has changed…
Yes, it has changed over time. Now you have Tumhari Sulu, Shakuntala Devi, Parineeta, etc. I have ended up mentioning all of Vidya Balan’s films. I am such a huge fan of hers (laughs). But it’s all changing, and I am glad it is changing.

Delhi Crime became an international Emmy-winning show. What was your first reaction when you got to know that it has won the prestigious award?
I think it (my reaction) went viral because I started screaming. I was jumping, with my husband Vipul (Shah) at one side and my younger son Maurya at the other. (My older one was out of the country or somewhere, I don’t know). I was like, ‘you have to sit and watch with me’. So, when they announced the Emmy, they both moved to hug me, but I had gotten up and was jumping and screaming loudly like, ‘Oh my God! What a moment. What a moment!’

Apart from Darlings, was there any other script that came to you that you instantly liked?
Delhi Crime. I didn’t even read the script of Delhi Crime beyond three minutes and said yes to it. Richie Mehta explained it to me, and in less than three minutes, I said yes immediately. I work like that. Very rarely do I say that give me four more days and all to read the script. If I connect with the idea, I will be like, ‘I am on, give me the script’. I will read it that night itself and will say yes. It’s actually as simple as that, because it comes instinctively. ‘Should I go for it or not?’ If not, then okay, fine.

What was the high point of working on Delhi Crime?
Everything. When we were working on Delhi Crime, for me, just creating it was a high point. Where will it be viewed and how will it reach them, I was just clueless. Whether it would be
telecast on Netflix, I didn’t know. I didn’t know about it winning an Emmy. We knew nothing. We never knew that Delhi Crime and (my character) Vartika Chaturvedi will become so iconic. We never imagined this. It was made out of complete love, passion, and madness. We thought first we will make it and then throw caution to the wind (laughs).

What has been the proudest moment of your career?
None actually. It is very rarely I get proud of myself. I am very critical. But I think Delhi Crime, easily. I am so proud of that show. And luckily, touchwood, whatever films I have done, I have done them because I was proud of being a part of them. Otherwise, I would not have done them. But Delhi Crime is always going to be Delhi Crime for me.

Darlings is available now on Netflix. Delhi Crime season two has a Netflix premiere on August 26