Statue of Mahatma Gandhi defaced at Hindu temple in Canada, police probing it as hate crime 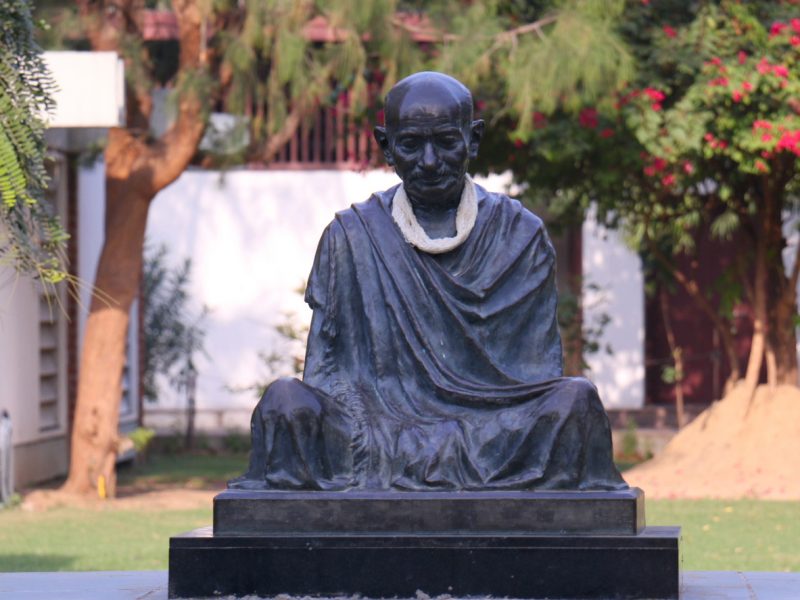 INDIA on Wednesday (13) expressed its deep anguish over the desecration of a statue of Mahatma Gandhi in the Richmond Hill city of Ontario in Canada and for a probe into the vandalism, which police said is being investigated as a hate crime.

The statue was vandalized at Vishnu Mandir in the area of Yonge Street and Garden Avenue, the Canadian Broadcasting Corporation (CBC) reported citing York Regional Police. “We are distressed at the desecration of Mahatma Gandhi statue at Vishnu temple in Richmond Hill. This criminal, hateful act of vandalism has deeply hurt the sentiments of the Indian community in Canada. We are in contact with Canadian authorities to investigate this hate crime,” the Indian Consulate General in Toronto tweeted.

The high commission in Ottawa said India is deeply anguished by this hate crime that seeks to terrorize the Indian community. It also said India has approached the Canadian government to investigate and ensure perpetrators are brought to justice swiftly.

“We are deeply anguished by this hate crime that seeks to terrorize the Indian community. It has led to increased concern and insecurity in the Indian community here. We have approached the Canadian government to investigate and ensure perpetrators are brought to justice swiftly,” the high commission said in a tweet.

The local police described this as hate and a “bias-motivated incident.” “Someone defaced the statue with ‘graphic words,’ including ‘rapist’ and ‘Khalistan,” said Constable Amy Boudreau, spokesperson for York Regional Police.

“York Regional Police does not tolerate hate crime in any form,” Boudreau said.

“Those who victimize others based on race, national or ethnic origin, language, colour, religion, age, gender, gender identity, gender expression and the like will be prosecuted to the fullest extent of the law,” she was quoted as saying by CBC.

“We recognize that community-wide impact of hate crimes is far-reaching and we do vigorously investigate all occurrences of hate crimes and any hate bias incidents,” she added.