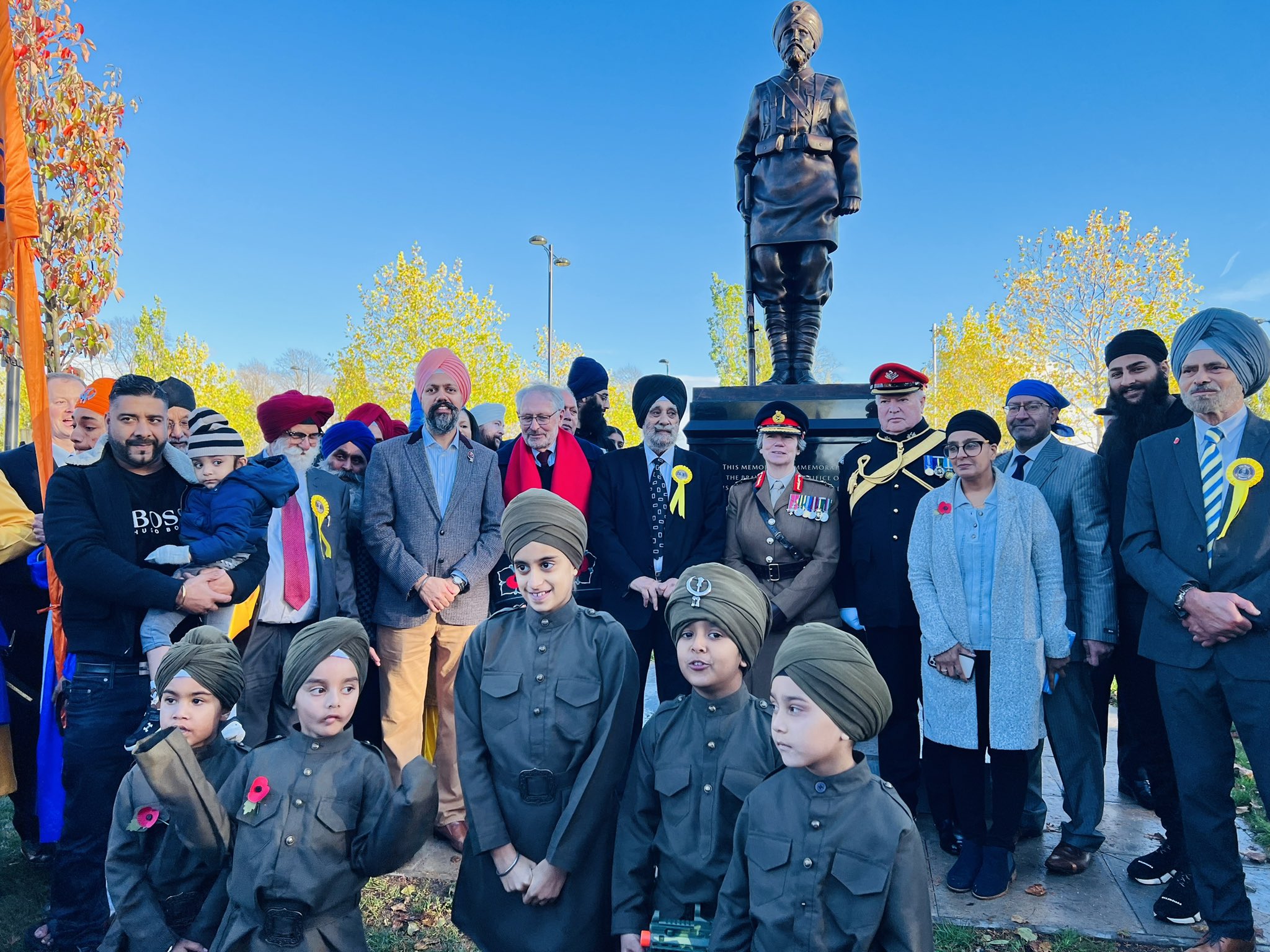 A statue of a Sikh soldier was unveiled in the UK’s Leicester city on Sunday to honour Sikhs who fought for Britain in conflicts around the world.

The bronze figure on a granite plinth went on display in Victoria Park on Sunday, the BBC reported. The Sikh Troops War Memorial Committee said it would complement the existing war memorials there. Sikhs made up more than 20% of the British Indian Army at the outbreak of World War I, the report added.

The statue was created by artist Taranjit Singh and was paid for with council funding and donations from Sikh congregations.

“We are so proud to be unveiling this memorial to honour the sacrifice of all those brave men who travelled thousands of miles to fight for a country that wasn’t their own,” Ajmer Singh Basra, president of the committee, told the BBC. He said the statue would serve as a reminder to Sikhs who have made Leicester their home, the report added.

Piara Singh Clair of the Leicester City Council said: “For many decades, the Sikh community has significantly contributed towards the success of our city. I am pleased that a Sikh memorial statue, which was envisaged by the late councillor Culdipp Singh Bhatti MBE, will be unveiled in Victoria Park. It will provide a fitting tribute alongside other memorials in the park.”

The unveiling took place at De Montfort Hall on Sunday and was attended by hundreds of people, including representatives from the armed forces.