Standing up for talented females 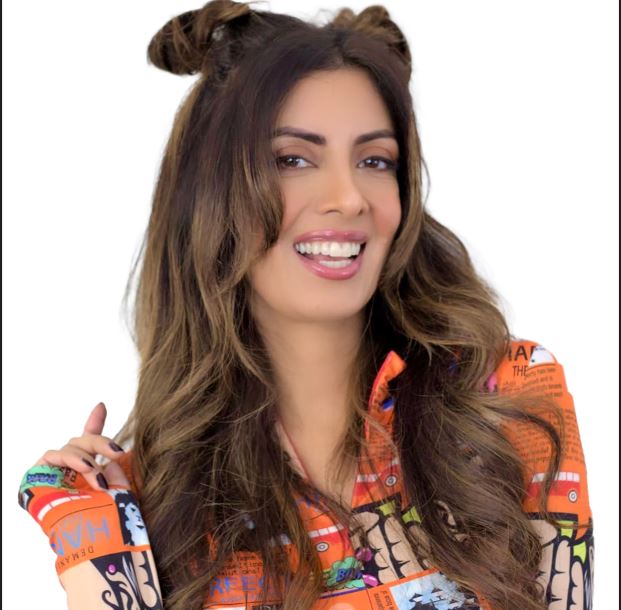 The radio and TV host has taken that infectious energy onto the live circuit as a stand-up comedian and entertained audiences around the UK. Her biggest triumph has been spearheading the path-breaking Ladies Of Laughter shows, which feature an all-female line-up of top stand-up acts being fabulous, funny and fierce on stage.

The shows return by popular demand for another UK tour which commences on January
27 at the Beck Theatre in Hayes. The radio host turned stand-up star is looking forward to reconnecting with live audiences and sharing the stage with wonderfully talented women.

Eastern Eye caught up with Noreen to discuss the new tour, comedy, Ladies Of Laughter and the decision to leave her long-running radio show.

How do you look back on your time on the BBC Asian Network?

I look back at it with real gratitude. I’ve honestly had the best time being with listeners daily for more than 12 years. It’s been a real privilege to have been connected with them. It also gave me endless other opportunities, whether it was getting to interview incredible people, hosting events, reporting from the biggest cricket matches and so much more. I mean, I could just go on and on.

So how does it feel stepping down from your popular radio show?

I had been thinking about it for a few years but then the pandemic happened and everything got put on hold, so it’s not a decision I made out of the blue. It will feel strange not being in that studio which I would fondly call my second home. But I feel it’s definitely the right time to step down now as there’s so many other things I want to pursue and make time for.

What would you say first connected you to stand-up comedy?

I always enjoyed watching comedy on telly, and hearing it on the radio. My friends would often say to me, ‘you should try stand-up one day’, as they thought I was funny. (Laughs) I’m not sure I did, though.

What made you want to take that leap?

About 11 years ago, I was asked by Altaf Sarwar – who runs Desi Central – to DJ at one of the comedy nights. (Yes, I used to DJ years ago). I was totally intrigued and loved that the entire line-up of comedians was brown people like me, and I could totally relate to their humour. That was it, the seed was planted somewhere. Then five or so years later, I was doing my first stand-up gig at the Glee Club in Birmingham for a Desi Central night.

I absolutely love it. Weirdly, it just feels like an extension of my radio show at times, so it’s never felt tough or alien to me. I feel very much at home on stage and that comes from hosting so many events over the years.

Which has been your most memorable stand-up show?

In February 2019, we did a Ladies Of Laughter gig at a sold-out venue in London, and there were almost 600 people in the room. The energy from the female comedians and audience was so electric and charged that I’ll never forget that gig.

Tell us more about that special show?

I remember Judi Love, who was on the line-up with us, saying to me, ‘You know, it’s rare to see this many people in a room supporting and watching an entire female line-up and we’re women of colour’, and that really hit me. I knew then that what we were doing was special. I can’t explain the buzz that you get when you see people laughing hard, enjoying themselves and having such a good time, and you are in that moment with them. It’s really beautiful.

Why do you think Ladies Of Laughter has been so popular?

I know from having done the tour for a few years that we have so many women in the audience, especially Asians, who have never been to comedy shows before because they just feel comedy nights aren’t for them. Then when they see someone like me who they have heard on the radio for years and an entire female line-up, they feel, ‘ok, I’ll give this a try.’ I’m so chuffed that they do. They come from all parts of the UK and absolutely love the
shows. I cannot wait to get going with the new tour.

So what can we expect from the new Ladies Of Laughter tour?

(Laughs) Oh, absolute madness. You can expect amazingly talented comedians and just a brilliant night out.

How do you feel before going on stage to perform?

I’m usually very excited and buzzed. I don’t tend to get very nervous but that’s just me. Even before some major big events I’ve hosted, I’ve actually been very chilled and normal, sipping a cup of tea before I go on stage, which some find quite amusing.

How much of your comedy is based on real life?

A lot of my comedy is observational and yes, plenty of it is drawn from my own real-life experiences, trials, and tribulations.

Who is the funniest person you know in real life?

My sisters. I have four older sisters and when I get together with them, they have me howling
with their humour, so it clearly runs in the family.

Finally, why do you think we should we all come to the Ladies Of Laughter shows?

You should all come (yes, men are welcome too) because our nights are unique, hilarious and it’s a great night out with family and friends. The bonus is you normally get a selfie with us at the end too, not always, but most times.

The Ladies Of Laughter tour commences at the Beck Theatre in Hayes (January 27), and the Glee Club in Birmingham (January 29). There are further shows in February and March. See www.luventertainment.co.uk for details and line-ups.