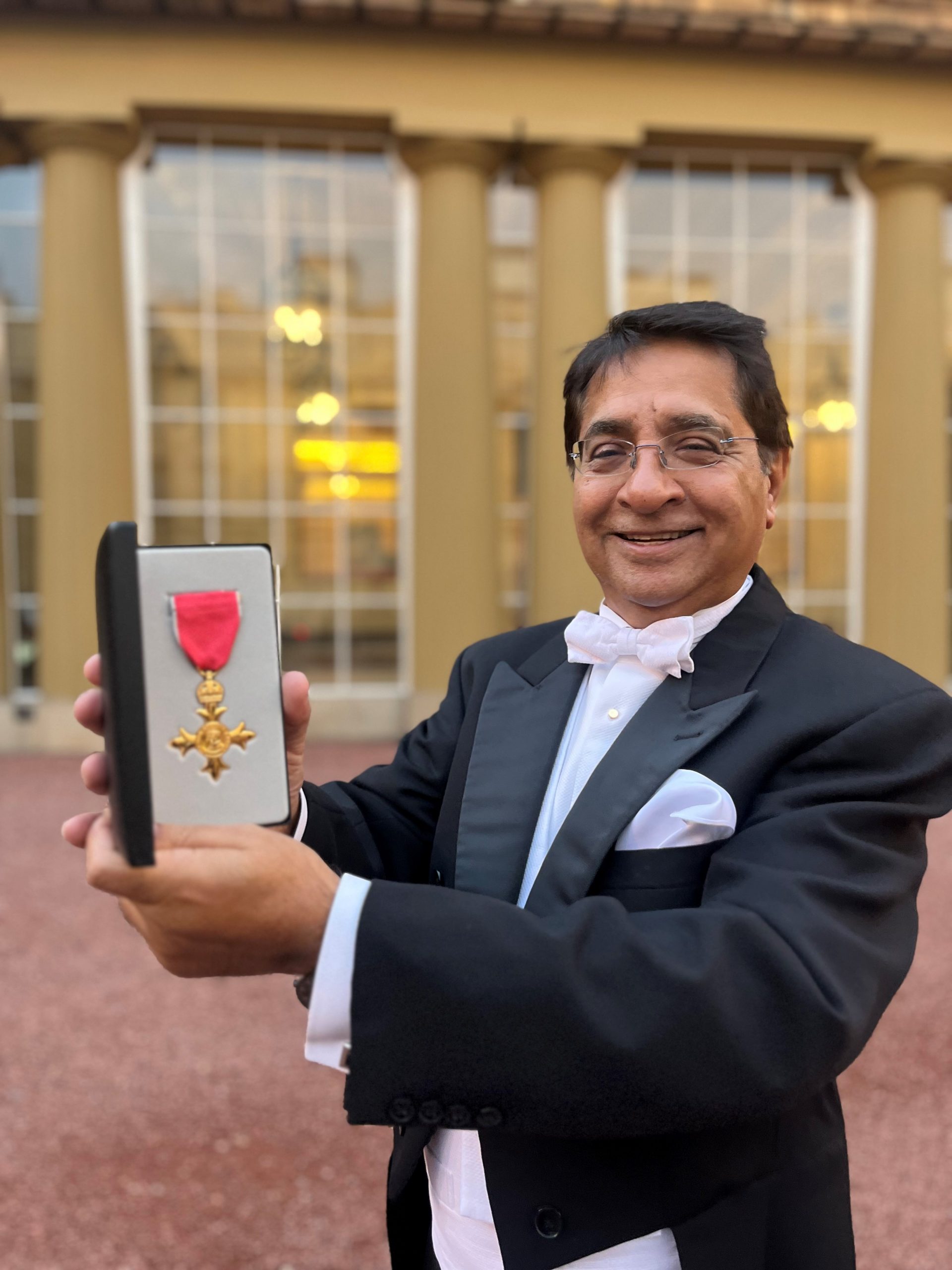 Finance trustee at St John Ambulance, Mohan Mansigani, has received his Officer of the Most Excellent Order of the British Empire from HRH The Princess Royal – the charity’s Commandant-in-Chief (Youth) – during an investiture ceremony at Buckingham Palace on Wednesday, November 30.

St John Ambulance is England’s leading first aid and health response charity. From helping young people become the healthcare professionals of tomorrow, to world-class training, St John Ambulance empowers people of all ages with lifesaving skills and the confidence to use them, every day.

Mohan Mansigani from north London was recognised with an OBE for charitable services to healthcare in Her late Majesty Queen Elizabeth II’s 2021 birthday honours list.

Speaking about the honour bestowed upon him, Mansigani, a Fellow of the Institute of Chartered Accountants and who joined St John Ambulance’s board six years ago, is quoted as saying, “I have been lucky enough to give something back to the country that has given me so much through my work at St John and the Migration Museum.”

He adds, “As the son of immigrants and as a boy from Islington, being honoured in this way is beyond my wildest dreams. I would like to dedicate this award to my wife Renu Mansigani who has selflessly taught young children human values over the last 20 years through the Mill Hill Sai Centre and is truly worthy of recognition.”

A highly commercial and creative finance director, Mansigani has extensive private equity experience and has played a key leadership role in establishing Casual Dining Group (previously known as Tragus), which operated brands such as Café Rouge and Strada, as a major UK restaurant business.

He has also led the business through two private equity transactions including the £267m sale to Blackstone in 2007. Prior to this, he was CFO at Costa Coffee and TGI Fridays.

Following the successful sale of his last business, Mansigani has worked with not-for-profit groups and has been the finance trustee at St John Ambulance since July 2016.

When the Covid-19 pandemic struck, St John Ambulance’s main sources of income were halted in March 2020, and Mansigani’s expertise played a key role in securing funding to maintain St John’s financial viability, and enable the charity’s teams – including almost 30,000 new vaccination volunteers to support the NHS and local communities by delivering more than 1.6 million hours of activity.

He states, “Looking back, it seems surreal to think what happened and how we all got through it both personally and as an organisation.

“True credit must go to the St John volunteers who at a time when many were scared to leave their homes went out and provided vaccinations across the country.”