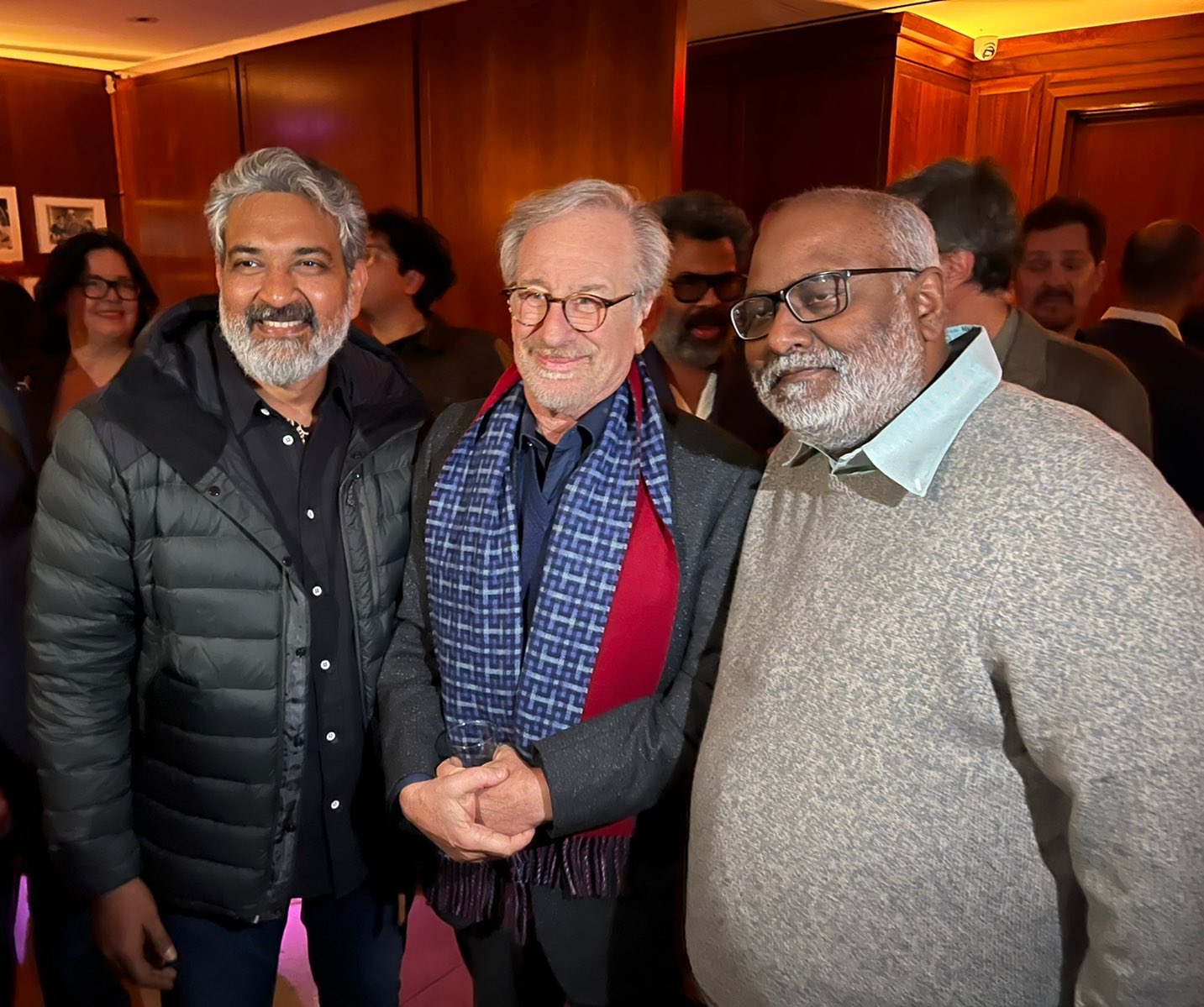 Rajamouli, currently basking in the glory of the Golden Globe win of song “Naatu Naatu” from “RRR”, met Spielberg along with composer MM Keeravaani at an event here recently.

He shared photos from his exchange with the Hollywood veteran on Twitter.

“I just met GOD!!!” the filmmaker, also known for blockbuster “Baahubali” movies, wrote in the caption.

“Had the privilege of meeting the God of movies and say in his ears that I love his movies including ‘DUEL’ like anything,” the veteran music composer tweeted.

In a follow-up post, Keeravaani said he was amazed when Spielberg told him he liked “Naatu Naatu”, which was filmed on Ram Charan and Jr NTR, the two leading stars of “RRR”.

“And I couldn’t believe it when he said he liked ‘Naatu Naatu’,” he tweeted.

At the Golden Globes, Keeravaani’s “Naatu Naatu”, which translates to bucolic in Telugu and demonstrates the spirit of fun in country music over 4.35 breathless minutes of song and dance, beat out the likes of Rihanna, Taylor Swift and Lady Gaga to take home the trophy for best original song.

“RRR”, an action epic, is set in pre-independence India in the 1920s and features Jr NTR and Charan as Indian revolutionaries Komaram Bheem and Alluri Sitarama Raju, respectively.

The film was nominated for another Golden Globe – ‘best picture-non English’ – but lost out to Argentina’s historical drama “Argentina, 1985”.

Spielberg also had a great run at the Golden Globe ceremony as his film “The Fabelmans” won two awards — ‘best motion picture – drama’ and ‘best director’.