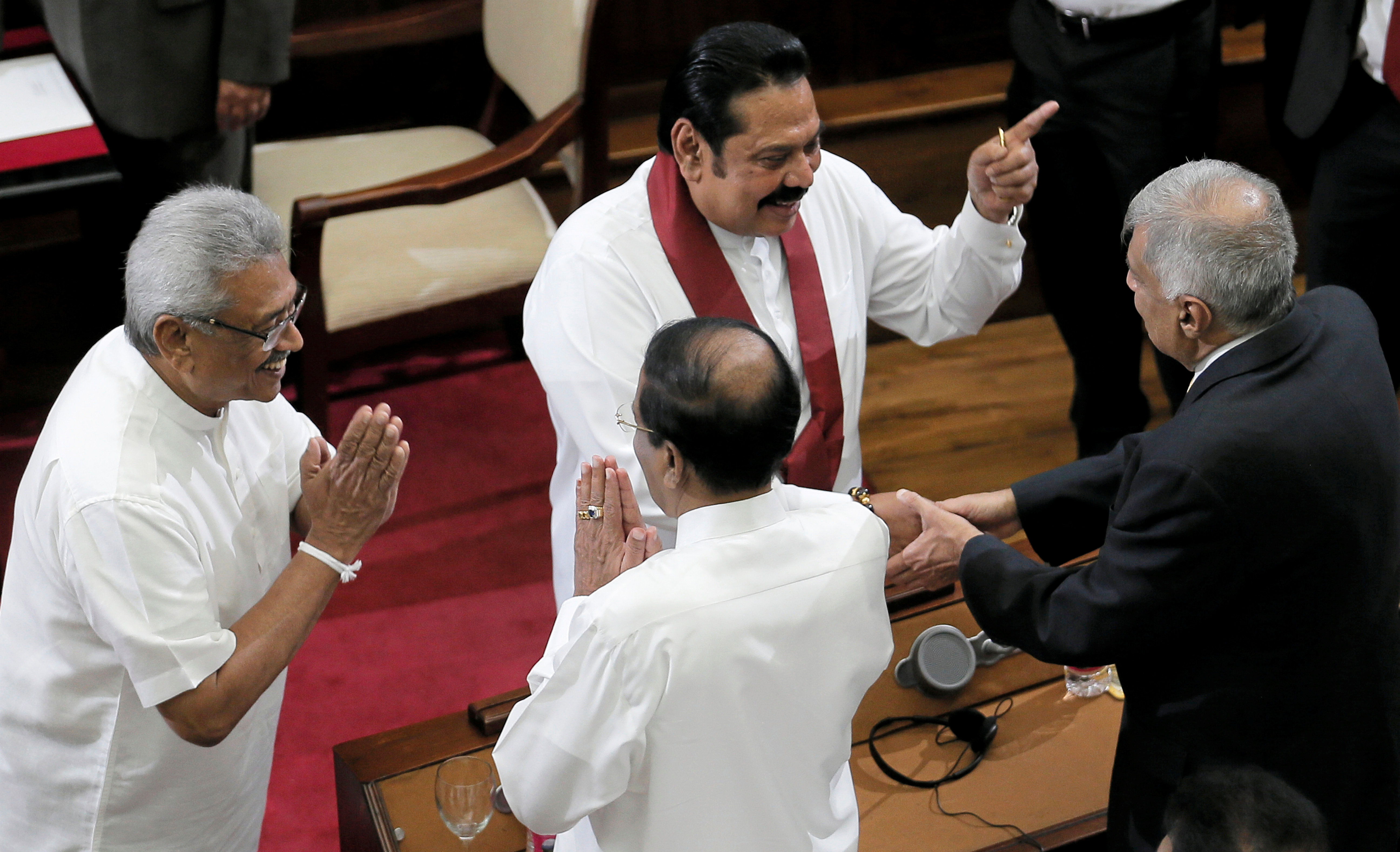 The appointment of Mahinda Rajapaksa, 74, came hours after the former premier Ranil Wickremesinghe tendered his resignation following the defeat of his party’s candidate in a presidential election to Gotabaya Rajapaksa over the weekend.

It is the first time in Sri Lankan history that two siblings have held the two top political positions, although Mahinda is only in charge of a caretaker government until parliamentary elections next year.

In a ceremony in the capital Colombo on Thursday, Gotabaya swore in his brother as their respective wives, sons and daughters-in-law looked on.

“I wish to congratulate and extend my warmest wishes to Hon Mahinda Rajapaksa, Prime Minister of the Democratic, Socialist Republic of Sri Lanka,” Gotabaya tweeted afterwards.

Gotabaya, 70, had earlier served as defence chief under his brother Mahinda, who himself served as president from 2005-2015.

Mahinda, who had been Sri Lanka‘s opposition leader since January, has held the prime minister’s post twice before.

He is set to be his party’s candidate in a parliamentary election expected around April. The former president, popular with the Sinhalese majority for overseeing the end of a 26-year long civil war, is broadly seen as a shoo-in.

“The Rajapaksa brand, as evidenced by the election, remains extremely strong,” said Akhil Bery, Eurasia’s South Asia analyst, adding that Mahinda is perceived to be even more popular than his younger brother.

The siblings face a tall order to revive Sri Lanka‘s economy, which is in its deepest slump in nearly two decades following Easter Sunday Islamist attacks that killed over 250 people in churches and hotels. That hurt the rupee and the all-important tourism sector.

Gotabaya, who oversaw the defeat of Tamil separatists as his brother’s defence chief a decade ago, won the election after promising to secure the country against militant threats.

His economic manifesto targets average growth of at least 6.5%, compared with 3.2% in 2018, but economists are worried his plans may strain coffers. Managing a record $3 billion in annual external debt repayments over the next five years will be another challenge.

Some investors see Rajapaksa as an experienced hand who will bring political stability to the island. Sri Lanka‘s stock index and rupee currency have gained 1.9% and 0.5% respectively since his election.

Rights groups and minorities, however, accuse the Rajapaksas of human rights violations during the war and have expressed concerns of renewed ethnic tensions following the elections.

The brothers have denied wrongdoing.