Sri Lanka Parliament elections to be held on June 20 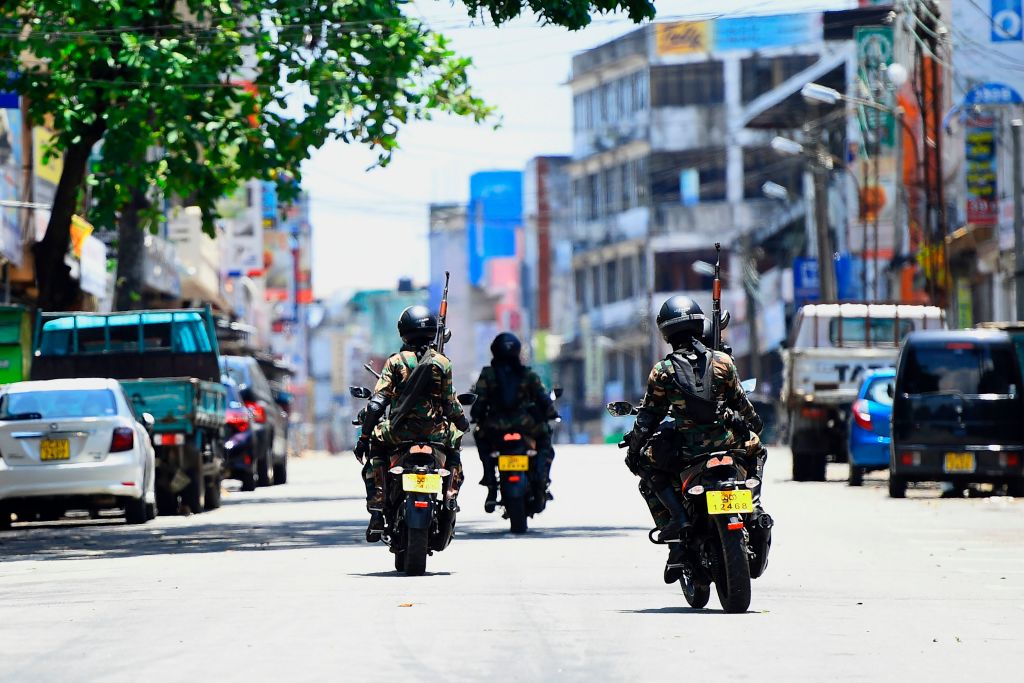 Soldiers ride on a motorbike as they patrol along a street during a government-imposed nationwide lockdown as a preventive measure against the spread of the COVID-19 coronavirus in Colombo on April 21, 2020. (Photo by ISHARA S. KODIKARA/AFP via Getty Images)

THE election commission in Sri Lanka has decided to conduct Parliament elections on June 20 by using a section in the Parliamentary Elections Act that allows the three-member panel to issue necessary directions to manage any special or unforeseen circumstances.

The constitution stipulates that a dissolved Parliament must be replaced within three months. The deadline had been June 2.

The island-nation has reported 310 COVID-19 cases with seven deaths so far.

Ratnajeevan Hoole, one of the three commission members, said that the date was set considering an increasing coronavirus threat and the inability to organise an election with a limited number of staff allowed to work to maintain social distancing.

The commission could postpone the election further if needed, he said.

The government on Monday lifted a daytime curfew in many areas of the country, except ones identified as high risk, to restart the economy.

In 2018, Sri Lanka came to a standstill for 52 days after then president Maithripala Sirisena sacked his prime minister. The crisis was ended by a supreme court decision that restored the prime minister.

He has complained that a 2015 constitutional change curtailed presidential powers and wants a constitutional amendment to strengthen his office, which would require the support of two-thirds of Parliament.

Rajapaksa had announced elections for April 25, but the election commission postponed the vote indefinitely after the coronavirus spread and the government declared an island-wide curfew.