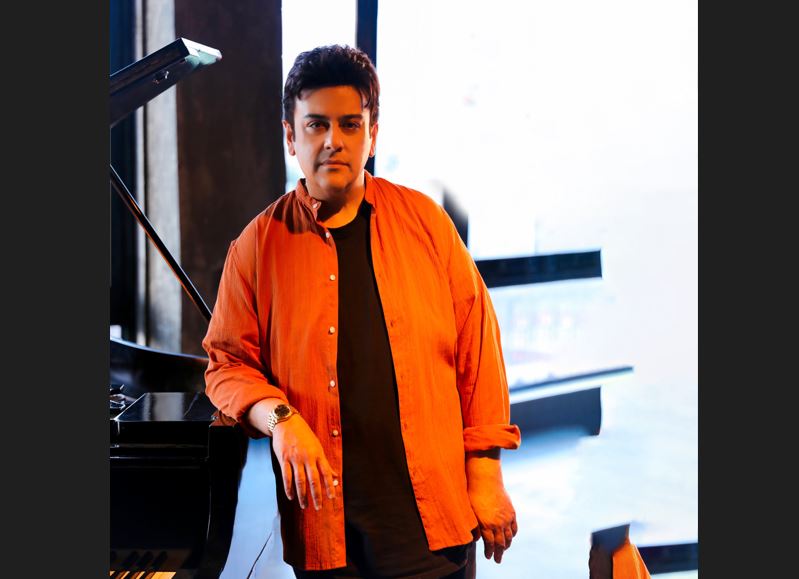 TIMELESS tracks have enabled Adnan Sami to closely connect with cross-generational listeners and remain relevant in an everchanging musical landscape.

Whether it is creating new songs or delivering blockbuster live performances, the singer, songwriter, and master musician still has the same passion for his craft, despite all the impressive achievements.

The voice behind a huge number of successful songs, from chart-topping pop hits to big Bollywood tracks, is constantly looking ahead to the next challenge.

He was in good spirits when Eastern Eye caught up with him to speak about his amazing music journey. The maestro also discussed his unfulfilled ambitions, art of performing live, big motivating factor, advice he would give young artists and why he doesn’t deliver more songs.

How do you reflect on your amazing musical journey?

It’s a bit difficult. I do whatever I have to and move on, so haven’t really had the opportunity to do that retrospective. I’ve tried my best to enjoy every moment as I’ve moved along because one of the first things my father instilled into my system, which was to nurture and enjoy every moment.

How would you describe the journey?

It’s been a rollercoaster ride in many aspects, with ups and downs. But ultimately, it’s been a joyride with thrills. Sometimes, I sort of laugh and feel blessed that I’ve survived to tell the tale, because no journey in anybody’s life is smooth sailing, but mine has been quite a potboiler in many ways. (Laughs) No less than a 1970s Bollywood masala film.

Your songs even from 20 years ago are as good and relevant as music made today. How much does it mean to you that your songs have that timeless quality about them?

That’s a huge compliment and thank you for that. Of course, this is not something you ever anticipate when creating anything, but it is a huge blessing when your music is able to stand the test of time and hold its own. One can never anticipate or plan to do it like that. I’m just grateful it’s still relevant and people still vibe with it. It’s wonderful and lovely that when I do concerts, I have this incredible vast age group that comes – from kids to grandparents – who all sort of relate to the music in their own way. That’s a huge blessing.

You have achieved an incredible amount in your profession but still remain as passionate about music as when you started your career. What keeps you so motivated?

That’s an interesting question. (Laughs) The secret is to not ever think you’ve achieved anything. Like I said, I don’t like to retrospect or reflect. I’m not the kind of person who likes to rest on any kind of laurels, the past or anything. But don’t misunderstand me, I really value what God has blessed me with and it’s a great feeling. But every time I step into a new piece of work, or project, I approach it as if it’s the first time and genuinely with the same enthusiasm. It can almost become mechanical and an exact formula after some time, but I don’t do that. I approach everything like it’s the first time for me, with the same enthusiasm and excitement.

The only complaint any fan would have with you is that you don’t do more songs, despite having a high hit rate, why is that?

(Laughs) First of all, your complaint is absolutely valid and I’m guilty as charged. There are a few reasons behind that. First, I am very choosy and not because of being snooty or anything. I genuinely need to fall in love with whatever it is I’m doing. Sometimes, a song I haven’t composed comes to me and many times I say, ‘it’s a great song that I would love to listen to, but don’t see myself singing it because I just don’t feel I could do justice to it’. (Laughs) Sometimes, I’m just being diplomatic, but there have been opportunities where I didn’t connect with the song.

What other reasons are there for you being so selective?

I think a lot of my songs make a connection because I do it genuinely from the heart. For me music is first a hobby and passion, and then it’s a profession. I’ve always tried to keep it that way because that is where the passion comes in, as opposed to just doing it mechanically. I need to feel the vibe within my soul. I feel when I sing from the heart, that’s the only way to reach your heart. Another equally important reason why you don’t hear that much quantity is very simply because I’m a Leo, which means I’m lazy (laughs). So, while I said the philosophical thing, here is the practical thing. One is when I want to sound good, and the other is when I want to sound real.

I would love to see you do a big international track and you could quite easily do that because you grew up in the west?

Yes, that’s definitely on my to-do list. Having grown up in England means western music played an integral part in my musical DNA. That is a whole other side of mine, which I’ve been holding on to for as long as I can remember. I became a composer for western music before composing Indian songs, so can you imagine how long that particular side of mine has been sitting patiently waiting for the right time. I don’t just frivolously release music for the heck of it. I only do something when I feel that it is the right time, platform, or mounting of the project. Doing an international track is on my to-do list and would be wonderful to look at some sort of interesting collaboration.

Do you have any unfulfilled ambitions?

I want to do more collaborations in future with diverse artists and am working towards that, including within India. There have been some great artists who have come in from very different walks of life, in different styles. I really want to do some whacked out diverse collaborations and am looking forward to that.

What music dominates your playlist?

Oh gosh, you would probably think that I’m a pretty confused guy if you went into my playlist. On one hand, you’ll find Ustad Bade Ghulam Ali, and then find Tina Turner right next to him. Then right next to Turner, you’ll find Beethoven, ACDC, Phil Collins, Sting, Dire Straits, BB King, Dave Brubeck, and Duke Ellington! (Laughs) Is that much diversity enough? I listen to everything that sounds good to my ears.

You are at your best on stage and have performed globally in many sold-out arenas. What is the secret of a great live performance?

For me it comes back to passion. I tell my band and everybody, I know we have performed some of these songs an infinite number of times, but there are going to be people out there who will be listening to it live for the first time. So don’t ever become complacent, and perform that song like it’s the first time, with the same enthusiasm, even if you have done it many times before. I also feel it’s very important to connect with the audience.

How important is that relationship with the audience?

Yes, I have a wonderful relationship onstage with my audience and feed off them. I throw something at them, and then they throw something back at me. Then I pick that up and it inspires me to do something more. So, there’s a lot of spontaneity in the performances. Let’s say there is a song like Tera Chehra, which I may have performed an infinite number of times, but every time there is going to be something or the other that’s going to happen, which is new and unique for that performance. And it’s mostly something that was provoked by the audience.

That feeds into your love for improvisation, which is always brilliant on stage?

I have been blessed with a great set of extraordinarily talented musicians. They have this ability to follow my lead. I improvise a lot on stage. They have a blueprint, basic skeleton, and sketch of the song, but know I might end up doing something new or going off on a tangent, and they follow me. I do that many times because of something I feel at that moment and it’s a vibe. We get excited when doing that and the audience also gets excited. That makes the whole atmosphere electric and the performance very unique, as opposed to being very programmed and choreographed. What makes my performances different is the whole element of spontaneity and ability to improvise.

You are a music icon and a hero for many. What advice would you give to young artists?

Don’t do it for the autographs! Do it for the passion. If you are true to the passion, all these other things will just follow. Whatever you do in life, whether it is music or anything, do it for the right reasons. Some just want to do it for the attention. I mean there’s no artist who doesn’t love adulation, and an artist is not an artist without the audience. But first concentrate on the craft, music or whatever you’re doing. If you excel in that and work diligently with determination, and absolute focus, all of these other things will follow suit. Also, many times artists work their backsides off trying to achieve success, and when they achieve it, they’re doing everything except working on their craft.

Tell us about that?

They get busy doing all kinds of other extracurricular activities! That’s why many times their follow-up sucks. It is easy to have a hit, but very difficult to have follow-ups. One reason why it is easy to have a hit is because you spend a lifetime preparing that hit. Then you have six months or even less to follow it up. So, you need to work on the long-term strategy, as opposed to seeing it as a 100-metre dash. I think the bottom line is concentrate on the craft and everything else will follow.