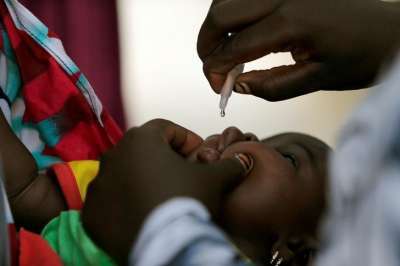 South Asia could face a further public health crisis as children miss routine vaccinations, the UN warned on Tuesday (28), spurring fears that the fallout from the novel coronavirus pandemic might reverse hard-earned gains in the region.

The United Nations children’s agency UNICEF said hundreds of thousands were at risk as lockdowns across South Asia halted immunisation drives and parents refrained from taking their children to doctors to be inoculated.

“While the COVID-19 virus does not appear to make many children seriously ill, the health of hundreds of thousands of children could be impacted by this disruption of regular immunisation services,” said Jean Gough, director of UNICEF’s South Asia office.

“This is a very serious threat. Early action is key.”

Bangladesh and Nepal have halted their measles and rubella campaigns while Pakistan and Afghanistan have suspended their polio drives since the COVID-19 pandemic.

UNICEF noted that “sporadic” outbreaks of preventable diseases that can be cured with vaccines, including the measles and diphtheria, have emerged in Bangladesh, Pakistan and Nepal.

Vaccine stocks were also running low in some countries in the region thanks to lockdowns and travel bans which have disrupted supply chains.

“UNICEF strongly recommends that, where immunisation campaigns are suspended, governments begin rigorous planning now to intensify immunisation activities once the COVID -19 pandemic is under control,” the agency said in a statement.

It added that as long as health workers take hygiene precautions, there was no reason for vaccinations not to continue.

The agency estimated that 4.5 million of South Asia’s children had already missed out on routine immunisations, even before the coronavirus pandemic struck.

Opposition grew after the CIA organised a fake vaccination drive to help track down Al-Qaeda’s former leader Osama Bin Laden in the Pakistani city of Abbottabad.