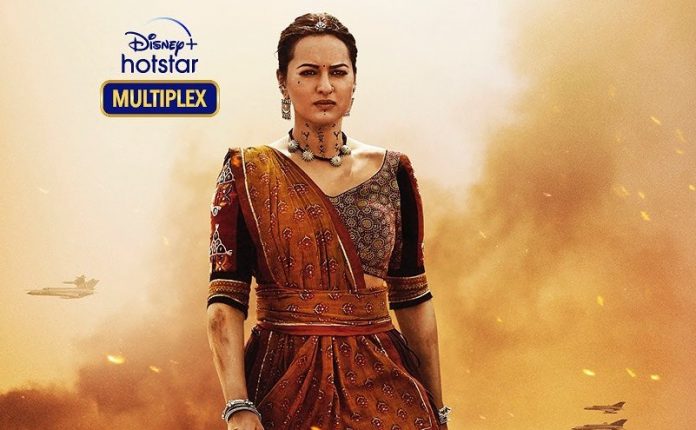 Sonakshi Sinha has been in the industry for the past 10 years. The actress has played various characters, but for the first time, we will get to see Sonakshi playing a real-life character in the film Bhuj: The Pride Of India.

Sonakshi will be seen playing the role of Sunderben Jetha Madharparya. Today, the actress took to Instagram to share her look from the film.

Well, the actress’ look is damn impressive and it surely looks like a strong character.

The movie, which also stars Ajay Devgn, Sanjay Dutt, and Nora Fatehi, was earlier slated to hit the screens on 15th August this year. But now, the makers have decided to release the movie on the OTT platform, Disney+ Hotstar.  Earlier, Parineeti Chopra was supposed to play a pivotal role in the film. However, she opted out of the movie and later Nora Fatehi replaced her.

Bhuj: The Pride of India is set against the backdrop of the 1971 Indo-Pakistani War.  It is surely one of the most awaited films of the year.