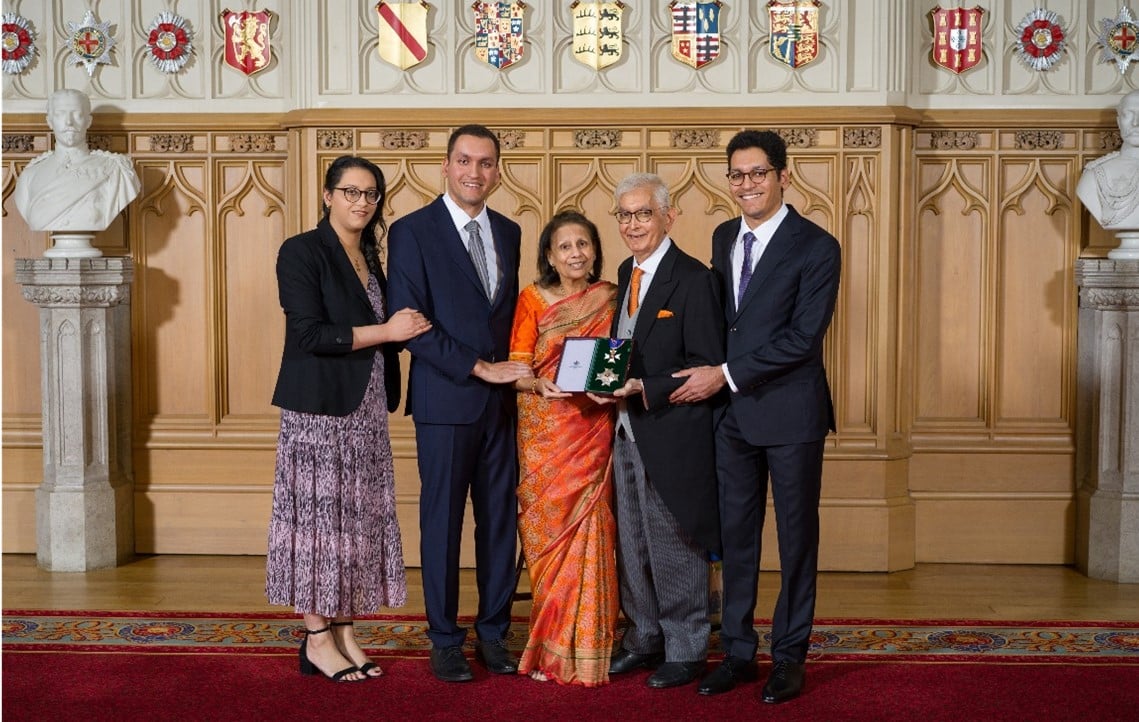 Princess Anne carried out the investiture ceremony in the presence of Sir Ashok’s wife Harshida and triplets-Nikita, Rishi and Shayan.

He received the rare title of Knight Commander of the Royal Victorian Order in the Queen Elizabeth II’s Platinum Jubilee Birthday Honours List earlier this year.

The charity leader and IT chief was honoured for his work for The Duke of Edinburgh’s Award, which he has supported in various capacities for over 25 years.

“Apart from the birth of my triplets and my wedding day, this is the proudest day of my life,” said Sir Ashok.

He was born in Morogoro, Tanzania in 1952, and was emigrated to the UK at the age of 15. Sir Ashok went on to study for a BSc in Physics at University College London. He obtained his M Phil in Applied Mathematics, at the Royal Holloway College, and later his Post Graduate Diploma in Computing at London University.

Sir Ashok founded Genisys Group of IT services companies in 1985 in Surrey with just five employees. Genisys Group now has offices in three continents and employs over 1100 people.

Sir Ashok has been an active supporter of several charities including Heart of Bucks, medical research institutions such as University College London and Imperial College London, Combat Stress and Debra together with ongoing work within the Asian community. He is passionate about helping to improve underprivileged children’s education, health and opportunities.

Sir Ashok was appointed a Commander of the Royal Victorian Order by Her Majesty The Queen in 2011. In the same year, he was appointed a Deputy Lieutenant of Buckinghamshire.

He is an enthusiastic sports fan and spends time as a cricket supporter, whilst remaining an active golfer.