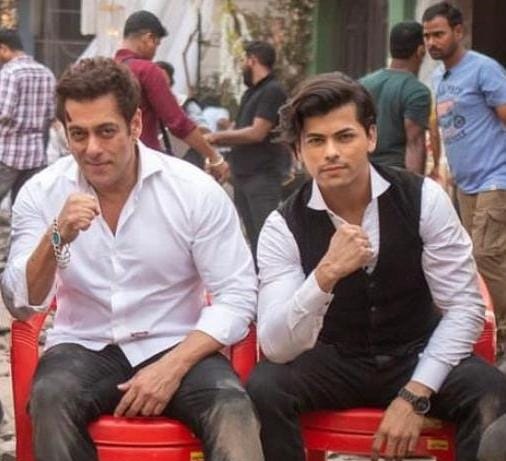 Talented actor Siddharth Nigam, whose credits include several successful television shows and films, is currently busy filming for one of the biggest projects of his career. Yes, we are talking about the much-anticipated Bollywood film Kisi Ka Bhai Kisi Ki Jaan, which is presently being shot in Mumbai.

Touted to be a family entertainer, the big-ticket film sees Nigam share the screen space with none other than Bollywood superstar Salman Khan. Today, the young actor sent the internet into a total meltdown when he dropped a breathtakingly beautiful photo with his co-star Salman Khan from the sets of Kisi Ka Bhai Kisi Ki Jaan.

The photo features both actors sitting on chairs and making a similar pose. It seems the photograph was clicked in the midst of a shot as we see a couple of crew members in the background.

Earlier slated to release on December 30, Kisi Ka Bhai Kisi Ki Jaan is now scheduled to arrive on April 21, 2023, on the auspicious occasion of Eid.