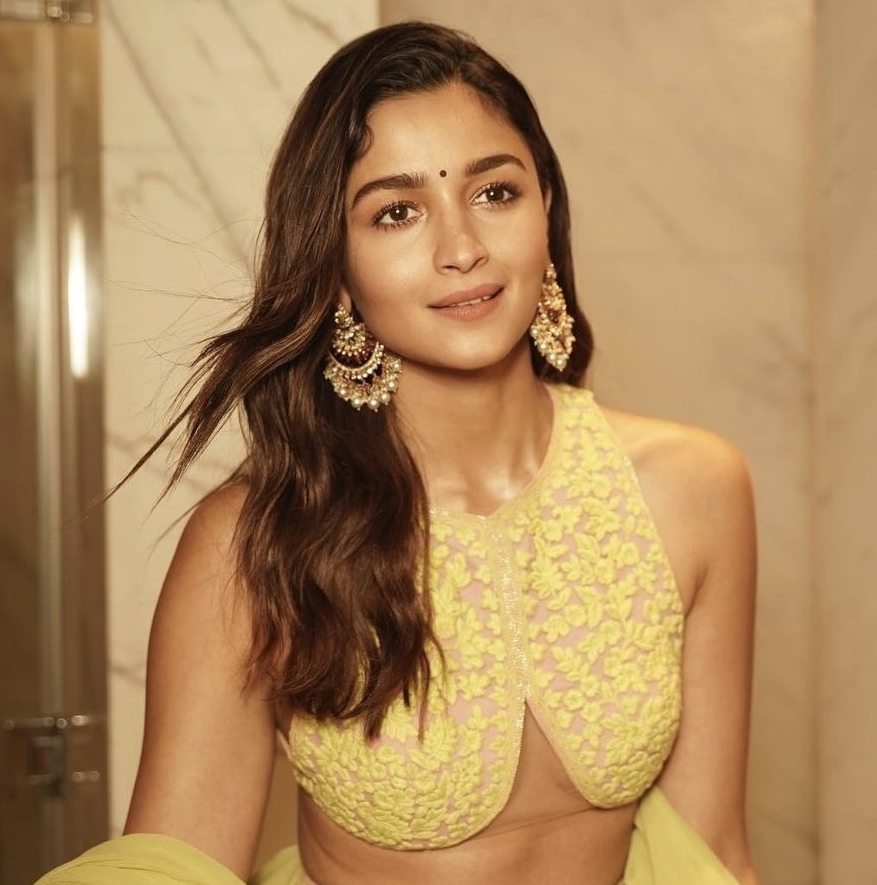 A NEW wave of young south Asian talent is lighting up different areas of popular culture globally and showing us all how bright the future looks.

They are at different stages of their journey but are connected by incredible potential and a natural talent that make them ones to watch. With that in mind, Eastern Eye scoured the globe to compile the top 30 under 30s list for 2022.

Debattama Saha: The 24-year-old had a terrific 2021 after the rip-roaring success of her drama serial Shaurya Aur Anokhi Ki Kahani and her stunning song release Jo Tera Howega. The multi-talented television star has multiple options open to her, from headlining as an actress to using her world-class singing ability. The accomplished dancer also has one of the fastest growing fanbases.

Avantika Vandanapu: The 17-year-old has carved out a career in Indian cinema and broken through to the Hollywood big time with a lead role in 2021 Disney film Spin. The trained actress, fluent in English, Tamil, Spanish, Hindi, and Telugu, will next be seen in the film Senior Year and is already looking to produce her own projects.

Ahan Shetty: The latest star kid on the Bollywood block showed incredible star quality and great acting ability with his recently released debut film Tadap. The 25-year-old son of acclaimed actor Suniel Shetty has a bright future and production houses lining up to sign him, so expect big things in major movies.

Sajal Ali: With many massively successful acting projects under her belt, it is astonishing that the experienced actress is just 27. The in-demand star will sign more projects in 2022, but what makes this year particularly special is her international debut in British film What’s Love Got To Do With It, which will introduce the world to a young Pakistani icon.

Iman Vellani: The 19-year-old came to global prominence after signing up to play Marvel’s first Muslim superhero in Ms Marvel. Her path-breaking series is set to premiere globally this summer and she will follow that up with playing the same role in a big budget movie. There will be nothing to stop her from becoming a big Hollywood star and inspiring a generation.

Adarsh Gourav: The 27-year-old Indian actor received global attention for his winning performance in 2021 film The White Tiger and set himself up for a big international career. He will next play a key role in Apple Plus series Extrapolations, which is an anthology series that has an impressive star-cast, including Meryl Streep, Sienna Miller and David Schwimmer.

Azaan Sami Khan: The 28-year-old has inherited the best bits from his famous parents Zeba Bakhtiar and Adnan Sami. In 2021, the musician and singer released a stunning debut album. He then showed off his acting ability with a lead role in drama serial Ishq e Laa. He has a movie lined up as a lead and will carry on using his magnificent music skills.

Shehnaaz Gill: The multi-talented beauty turns 28 in January. She has blossomed into a genuine superstar in the past two years and ended 2021 with a winning turn in super hit Punjabi film Honsla Rakh. With a huge fan base, the hot-right-now singer and actress has the world at her feet. Expect her to forge an impressive film career, but also balance it out with music and TV projects.

Yohani: The Sri Lankan singer came to prominence in 2021 after her stunning song Manike Mage Hithe became one of the year’s biggest sleeper hits. The terrific track, which has clocked up more than 180 million YouTube views, led to her touring and a debut album. She has now set herself up to become a big Sri Lankan music star globally.

Zoe Harveen Kaur: The 23-year-old has shown off her impressive creativity in diverse mediums. One of Canada’s bestkept secrets has made an impressive mark as a digital artist, jewellery designer and a social media star. The fearless disruptor, who is also a radio host, has multiple paths open to her and will continue to add a colourful new dimension with her creativity.

Maitreyi Ramakrishnan: The 20-yearold has become a big star after the success of Netflix series Never Have I Ever and it was no surprise when it was renewed for a third season. She was named as a Breakout Actor in Time 100’s Most Influential people in 2021 and signed up to star in The Netherfield Girls, which is a contemporary film adaptation of Pride & Prejudice.

Sumbul Touqeer Khan: Perhaps the biggest breakout Indian star of 2021 was the incredibly gifted 18-year-old actress. A stunning turn playing the title role in hit serial Imlie has turned her into seriously hot property. The successful series, combined with a natural acting ability and growing fan base, has set her up for a very big future.

Armaan Malik: The crown prince of Indian music has built up a remarkable body of work in a short time and become a singing icon. The 26-year-old has conquered hearts by singing in diverse Indian languages and taken impressive international steps with English tracks. The boundary-breaking singer remains the future of Indian music.

Conrad Khan: The British BAFTA nominee is continuing to land big projects and reached a remarkable level of success at a young age. The 20-year-old has interesting projects on the way, which include a starring role in the hotly anticipated sixth season of hit drama series Peaky Blinders. The in-demand actor has been vocal about giving young people opportunities.

Alia Bhatt: A forgettable couple of years won’t be able to halt the all-conquering crown princess of Bollywood. The 28-year-old has an incredible number of high-profile movies on the way in diverse genres, and it will be difficult to stop her from becoming the queen of Hindi cinema. The power player will also start producing her own films.

Helly Shah: She may have just turned 26, but the young actress has an impressive body of work behind her and is one of India’s best television talents. She has shown stunning versatility with challenging roles and it will only be a matter of time before the hard-working small screen star makes that inevitable leap to films.

Bilal Abbas Khan: The Pakistani pin-up is perfectly balancing film, TV, and web projects. The 28-year-old actor is growing with each character that he takes on and is setting new benchmarks in his country. With more high-profile projects on the way, the unstoppable force of nature will carry on making noise.

Charli XCX: Whether it is albums, solo singles, cool collaborations, being a featured artist or writing songs for others, the prolific pop princess has blazed a trail of fire. All eyes will be on the 29-year-old as she continues her impressive momentum this year with a new album, a big live tour and plenty more surprises.

Nusraat Faria: Her name may not immediately be familiar to you, but the Bangladeshi actress has over 3.5 million Instagram followers and has acted in a whole host of successful films. The 28-year-old star has also starred in popular music videos and high-profile \’commercials. She remains a huge icon in her country and has a rapidly growing fan base internationally.

Shivangi Joshi: The sensational young actress left hit serial of Yeh Rishta Kya Kehlata Hai after five and half years in 2021. The 26-year-old has shown quite comprehensively that she is a fine actress, but also has incredible star presence. Whether it is films, web serials or more huge TV projects, there will be little to stop her from becoming an all-time great.

Geraldine Viswanathan: The 26-year old Australian actress has great momentum behind her in Hollywood and is getting diverse projects that are showing off her remarkable range as a performer. She has strong film and television projects on the way that will consolidate her standing on the international stage. These include the films Cat Person and The Beanie Bubble.

Asim Riaz: The 28-year-old has built up his incredibly large fan base in the past two years, along with honing his craft. After winning turns in music videos and releasing his own songs, the rapidly rising star has set himself up for an interesting adventure ahead. Whether it is music, acting, TV or modelling, he has multiple paths open to him.

Naomi Scott: The 28-year-old singer and actress has established herself in Hollywood. The brilliantly talented British star has some big movies on the on way, including science fiction comedy drama Distant and will likely sign big  blockbusters this year. The young British trailblazer will be lighting up the international stage for years to come.

Ahad Raza Mir: The multi-talented Pakistani superstar is an actor, singer and musician. The 28-year-old pin-up is heavily in demand across diverse mediums, ranging from acting in major projects to big brand endorsements. With a long list of people wanting to sign him, he remains hotly in demand and concentrates on quality over quantity.

Dhvani Bhanushali: The 23-year-old singer’s songs have collectively been viewed on YouTube over two billion times. Generating huge interesting with her hit songs has become second nature to the young singing sensation, who has carved out an impressively brilliant career at a young age. Things will get more exciting because she is open to acting.

Anya Chalotra: The 25-year-old British actress has come to global prominence with a lead role in hit Netflix series The Witcher and delivered another winning turn in the recently released second season. The show has already been renewed for a third season and she has also signed other big projects, including voice-over roles.

Ayesha Singh: The 25-year-old actress has delivered a star-making turn in hit drama serial Ghum Hai Kisikey Pyaar Meiin and in the process become a fabulous feminist icon. She has shown off an incredible range with a character that has connected with cross-generational audiences and set herself up for major things ahead. Don’t be surprised if she makes the leap to cinema.

Bidya Sinha Saha Mim: The Bangladeshi actress with over three million Instagram followers started her rise to stardom as a teenager and since built a strong body of work. The 28-year-old actress, who has excelled across film, television, and the web space, does things her own way. She turned down a Bollywood film because the script didn’t represent Bangladesh properly.

Iqra Aziz: It is no surprise that the 23-year-old Pakistani actress has nearly seven million followers on Instagram. The multiple award-winning star has stacked up a huge body of impressive work since making her debut as a teenager in 2014 and has since played some of the most memorable characters seen on Pakistani television.