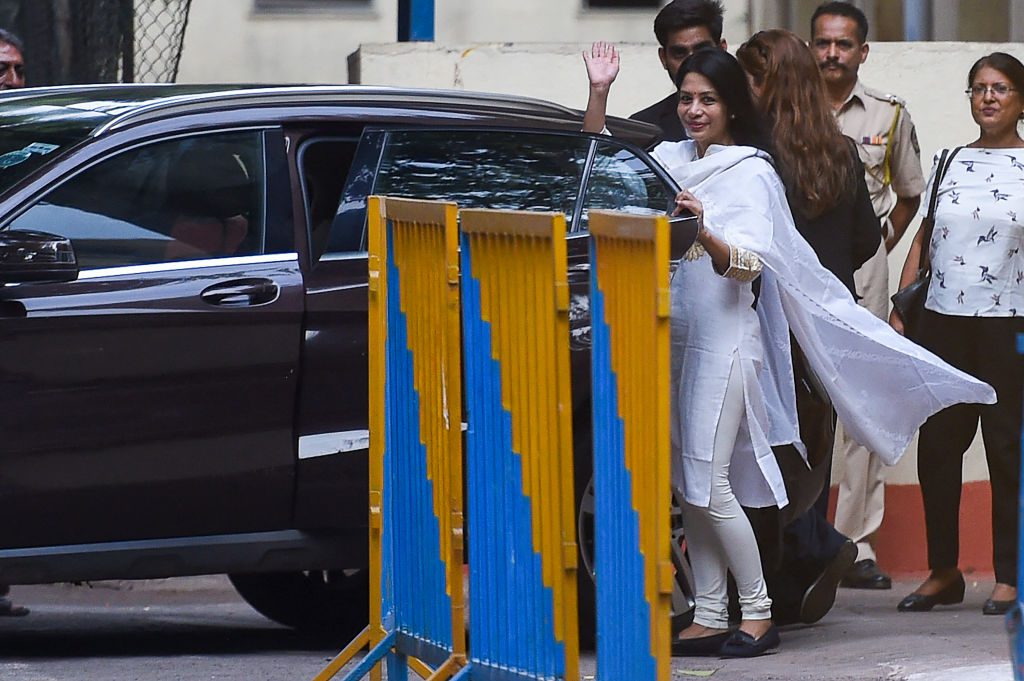 Indian former media executive Indrani Mukerjea walked out of a Mumbai jail on bail Friday (20), nearly seven years after being arrested for allegedly murdering her daughter.

Indrani is accused along with her driver and another ex-husband of strangling to death Sheena Bora, 22 — her daughter from a previous relationship — before dumping her body in a forest and setting it alight.

Indrani, 49, has been detained since her August 2015 arrest but was granted bail by the Supreme Court on Wednesday (18) on grounds that the trial was far from concluding, with only a third of witnesses being examined so far.

She “has been in custody for 6.5 years and even if 50 per cent of the remaining witnesses are given up by the prosecution, the trial will not complete soon, we are of the considered view that the petitioner is entitled to be released on bail”, a three-judge bench ruled.

Pictures showed her getting into a black car to be driven away following her release, with reports quoting her as saying “I am very happy”.

Bora was killed in April 2012 and her burnt body was discovered in woods the following month, more than 60 kilometres away from Mumbai in the western state of Maharashtra.

Indrani was arrested in August 2015 on suspicion of murdering her daughter — who had been in a relationship with Peter Mukerjea’s son from an earlier marriage.

That connection, and a financial dispute over property dealings, have been among various motives put forward for the alleged crime.

Indrani was arrested “on charges of criminal conspiracy, abduction, murder, destruction of evidence, giving false information, creation and use of forged documents etc”, India’s Central Bureau of Investigation (CBI) had said in a statement.

Peter headed Star India from 1997 to 2007 before leaving to start his own television venture, and was seen as one of India’s most successful media magnates.

The CBI arrested him in connection with the case in November 2015, but he was granted bail in early 2020.

Indrani and Peter ended their 17-year marriage in 2019 while both were incarcerated.

In a letter to the CBI in November, Indrani said a fellow inmate had seen her daughter still alive in Kashmir last year, a claim the CBI strongly denied, calling it a “cooked-up story”.