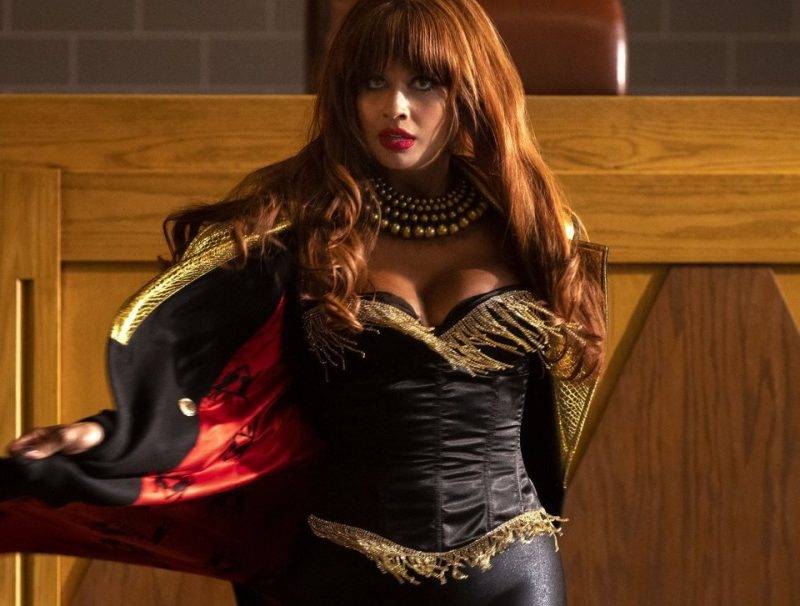 The first season of the Disney+ series She-Hulk: Attorney at Law concluded earlier this month with no word yet on whether it will return to our screens with a season 2.

The show revolved around the life of Jennifer Walters (Tatiana Maslany) as she tries to strike a balance between her career as a California lawyer with her newfound ability to transform into the superhero, She-Hulk. The live-action series received a great response from critics and the audience also showered loads of love on it. It also left its impact on the Marvel Cinematic Universe in the process.

While fans still wait for any update on season 2, She-Hulk star Jameela Jamil reveals that she wants to explore Titania’s roots and her dynamic with Doctor Doom.

In a recent interview with a publication, Jamil expressed that she is definitely interested in seeing that Doctor Doom component of Titania’s story brought to life in one of the franchise’s films or Disney+ television shows.

“The Doctor Doom version of Titania is something that I really want to bring to life. I want to bring the Absorbing Man in, I want Volcana,” Jamil told the publication.

She went on to add, “I am very, very involved in the Titania story, and I don’t know if Marvel will ever bring me back, but if they do, that’s the story I would most love to tell…  And this was not my moment. This is She-Hulk’s moment, I am there as an accessory to her growth, and that is beyond an honour already. If it’s ever Titania’s moment, I plan on telling the full story.”

The actress further said that the character from She-Hulk barely scratches the surface of Titania’s potential. “I would love to be able to tell the original iteration. I think what they did was so cool and so funny with making her a relatable social media influencer, but there’s a whole other world to Titania and a whole other side to her,” she concluded.

Though MCU’s Titania has no ties to Doctor Doom, that has not kept Jamil from dreaming.