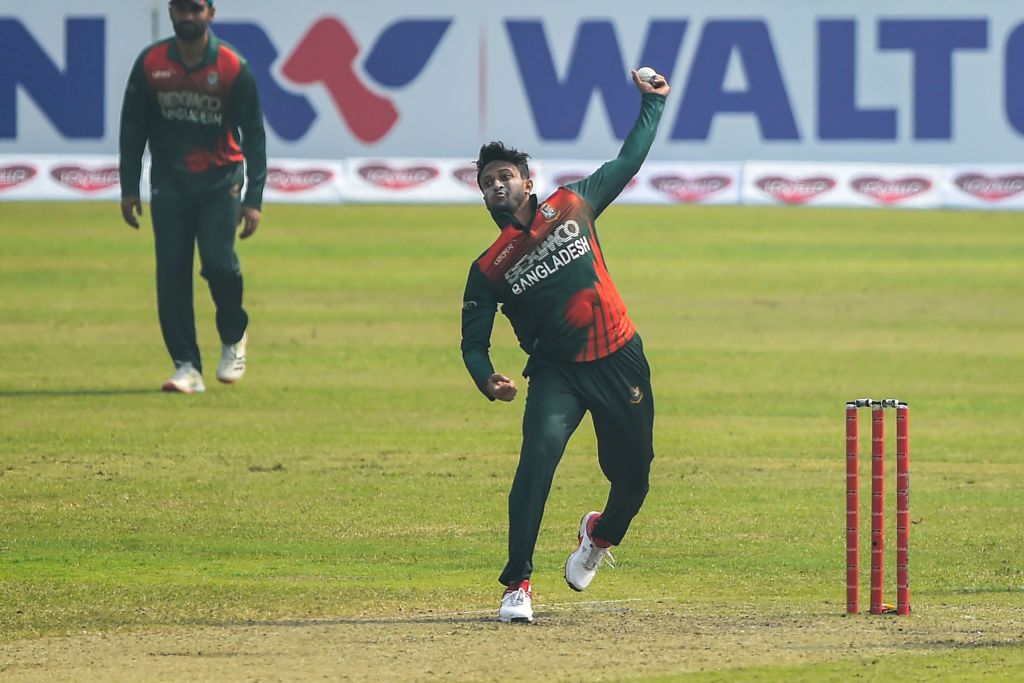 ALL-ROUNDER Shakib al Hasan hit an unbeaten 96 as Bangladesh beat Zimbabwe by three wickets on Sunday (18) after a thrilling run chase to take a winning 2-0 lead in a three-match one-day international series in Harare.

Zimbabwe made 240-9 off 50 overs, which included a bizarre end to the innings of captain Brendan Taylor, and Bangladesh reached 242-7 through a four from Shakib off the first ball of the final over.

Shakib was voted the ‘player of the match’ for an innings that began with Bangladesh at 39-1 after the dismissal of captain Tamim Iqbal for 20 in the 10th over.

“Today was the day I had to put my hands up and I am very happy,” said Shakib, who took 2-42 before his innings.

“A lot of credit to Mohammad Saifuddin (28 not out), who showed great composure. The wicket was slower today than on Friday in the first match.

“If the bowlers were bowling straight into the wicket, you had to take chances, which is where we lost wickets.”

Taylor was deemed to be out hit wicket for 46 during the 25th over after the intervention of TV umpire Langton Rusere.

The skipper attempted an uppercut against left-arm quick bowler Shoriful Islam but failed to connect with the ball.

When the ball had passed him, he swished his bat backwards in a ‘shadow’ shot and dislodged the bail, triggering an appeal from a Bangladesh fielder – even though the ball appeared to be dead.

South African umpire Marais Erasmus referred the incident to Rusere, who ruled Taylor out and the unhappy captain walked.

Taylor did not immediately comment on his dismissal, instead praised a “much improved performance” from his team after being all out for 121 on Friday (16) and suffering a 155-run defeat.

“Bangladesh did not look like panicking and held their nerve. There are fine lines you talk about … I hope the last game goes our way,” he said.

Wesley Madhevere, who managed only nine as an opener, came in at number six and top-scored with 56 before lofting a shot that Tamim caught after a spectacular dive.

Shoriful was the most successful of the bowlers taking 4-46 from his 10 overs.

The three matches are part of the World Cup Super League, a feeder tournament that determines which seven teams, along with hosts India, earn direct qualification to the 2023 World Cup.