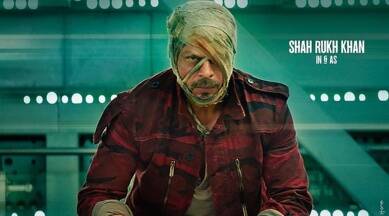 Filmmaker Atlee Kumar’s much-anticipated film Jawan has landed in hot waters as Manikam Narayanan, a Tamil film producer, has accused him of plagiarising the script of Vijayakanth’s 2006 film, Perarasu, for his upcoming film, starring Shah Rukh Khan and Nayanthara in lead roles.

The case has been filed together with the help of the Tamil Film Producers Council (TFPC). TFPC board members will be investigating the complaint soon. Narayanan says that Jawan is a pure copy of Perarasu released in 2006. As per the reports, Narayanan owns the rights to the story of the film.

Directed by Udhayan, Perarasu features actor Vijayakanth in a dual role; one as Perarasu and the other as Ilavarasu, both twin brothers. Though the plot of Atlee’s Jawan has not been disclosed yet, Khan will also be playing dual roles in the film, as per reports.

Surprisingly, this is not the first time Atlee has been accused of plagiarism. He has faced similar issues with some of his films in the past.

The film, which will mark Atlee’s directorial debut in Bollywood, is slated to release worldwide on June 2, 2023. It will hit cinemas in multiple languages like Hindi, Telugu, Tamil, Kannada, and Malayalam.