Saudi opens up for overseas Umrah pilgrims from August 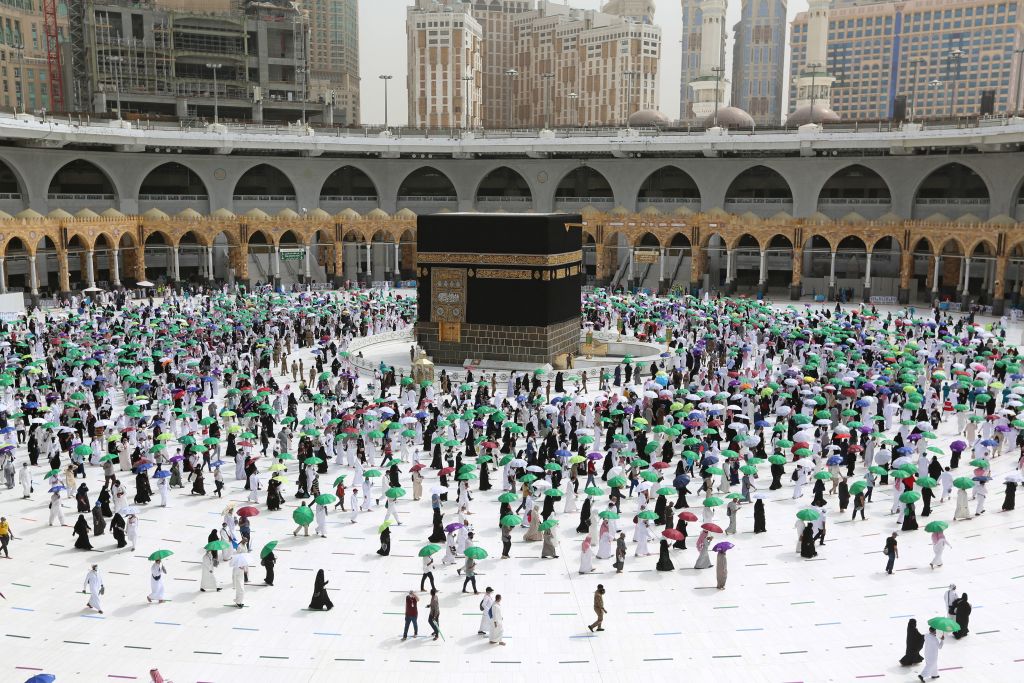 Worshippers perform circumambulation around the Kaaba, Islam’s holiest shrine, at the Grand Mosque in the holy Saudi city of Mecca on July 22, 2021, marking the end of this year’s Haj. (Photo by AFP via Getty Images)

SAUDI Arabia will reopen the Grand Mosque for overseas Umrah pilgrims after August 10 as the kingdom declared that the just-concluded haj season was ‘successful’ amid restrictions.

No worshipper tested positive for the virus during the pilgrimage, according to the country’s health authorities.

Some 60,000 Saudi residents were allowed to visit Mecca and Madina for the haj this year, a much smaller number compared to millions of devotees from home and abroad who throng the holiest sites for Muslims during a normal season.

The haj season that concluded last Thursday (22) saw a repetition of restrictions imposed last year as the kingdom took precautions to check the spread of the coronavirus.

While the country allowed the haj tradition, which has a thousand-year history, to continue despite the pandemic, the authorities did not allow overseas travellers for the second year in a row.

Adult pilgrims aged up to 65 years and vaccinated twice were allowed to the holy sites amid strict social distancing rules. Worshippers circumambulated the Kaaba, the black and gold-adorned stone in the courtyard of Mecca’s Grand Mosque, in spaced circles.

Arrangements were made for automated spraying of sanitisers around the mosque.

According to the health authorities, the pilgrims do not have to undergo isolation when they return home unless they experience Covid-19 symptoms.

The haj season was marked by reforms. While Saudi women were allowed to attend without an official “male guardian” for the first time, there were also women security officials managing the crowds. It also saw soldier Abeer al-Rashed becoming the first woman to host a haj security briefing last week.

More than 500,000 have been infected by the virus in the kingdom since the outbreak of the pandemic last year, but its figure of 231 fatalities per million has been one of the smallest among the major economies in the world.

Media reports said on Monday (26) that sterilisation was taken at the Grand Mosque as Umrah pilgrimage has already begun for domestic devotees including expatriates, weeks before foreign travellers are allowed.