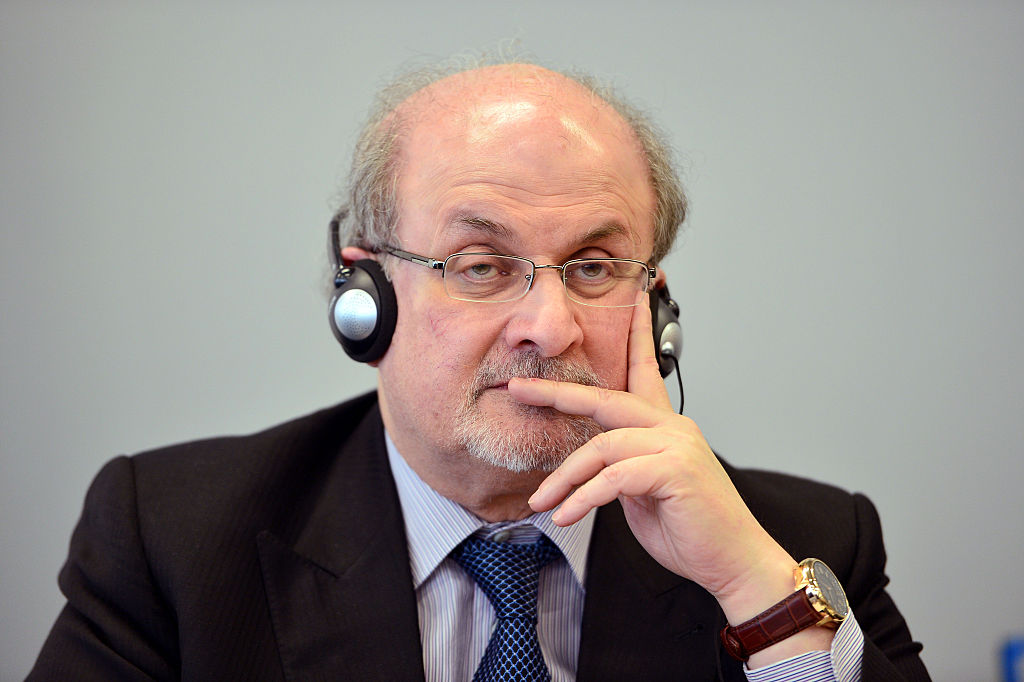 Salman Rushdie has been taken off a ventilator and was able to talk, a day after the Mumbai-born author was stabbed, in what US authorities said was a “targeted, unprovoked, preplanned” attack.

Rushdie, who faced Islamist death threats for years after writing “The Satanic Verses”, was stabbed by a 24-year-old New Jersey resident identified as Hadi Matar, a US national of Lebanese origin, on stage on Friday while he was being introduced at a literary event of the Chautauqua Institution in Western New York.

“@SalmanRushdie off ventilator and talking! Continued prayers from all @chq,” Chautauqua Institution president Michael Hill said in a tweet on Saturday night.

Rushdie’s agent, Andrew Wylie, also confirmed the news to the US media.

Rushdie, 75, was put on a ventilator after he was stabbed by Matar.

Earlier on Saturday, Matar pleaded not guilty to charges of attempted murder and assault at a brief court appearance where he was denied bail.

Matar was charged with attempted murder and assault in the stabbing of Rushdie and he pleaded not guilty. He made his appearance in court, wearing a black-and-white striped jumpsuit and handcuffed.

The author’s injuries include three stab wounds to the right side of the front of his neck, four stab wounds to his stomach, a puncture wound to his right eye and chest, and a laceration on his right thigh, according to the county prosecutor.

This was a targeted, unprovoked, preplanned attack on Mr Rushdie, Schmidt alleged.

Matar faces up to 32 years if convicted of both charges, Schmidt said.

The attack on Rushdie drew shock and condemnation from world leaders and literary stalwarts.

US President Joe Biden said in a statement on Saturday that he and First Lady Jill Biden were “shocked and saddened” to learn of the “vicious” attack on the author.

“Salman Rushdie — with his insight into humanity, with his unmatched sense for story, with his refusal to be intimidated or silenced — stands for essential, universal ideals. Truth. Courage. Resilience. The ability to share ideas without fear. These are the building blocks of any free and open society. And today, we reaffirm our commitment to those deeply American values in solidarity with Rushdie and all those who stand for freedom of expression,” Biden said.

“We, together with all Americans and people around the world, are praying for his health and recovery. I am grateful to the first responders and the brave individuals who jumped into action to render aid to Rushdie and subdue the attacker,” he added.

“In no case is violence a response to words spoken or written by others in their exercise of the freedoms of opinion and expression,” Guterres said, conveying his wishes for Rushdie’s early recovery.

“International rejection of such criminal actions, which violate fundamental rights and freedoms, is the only path towards a better and more peaceful world,” Borrell tweeted.

Rushdie lived in hiding and under police protection for years after late Iranian leader Ayatollah Ruhollah Khomeini put out a fatwa in 1989 calling for his death in retribution for his book The Satanic Verses.

A report in The New York Times said according to prosecutors, Rushdie was stabbed roughly 10 times in the premeditated attack.

“In court, prosecutors said that the attack on the author was premeditated and targeted,” the report said, adding that Matar travelled by bus to the “intellectual retreat in western New York and purchased a pass that allowed him to attend” the talk “Rushdie was to give on Friday morning”.