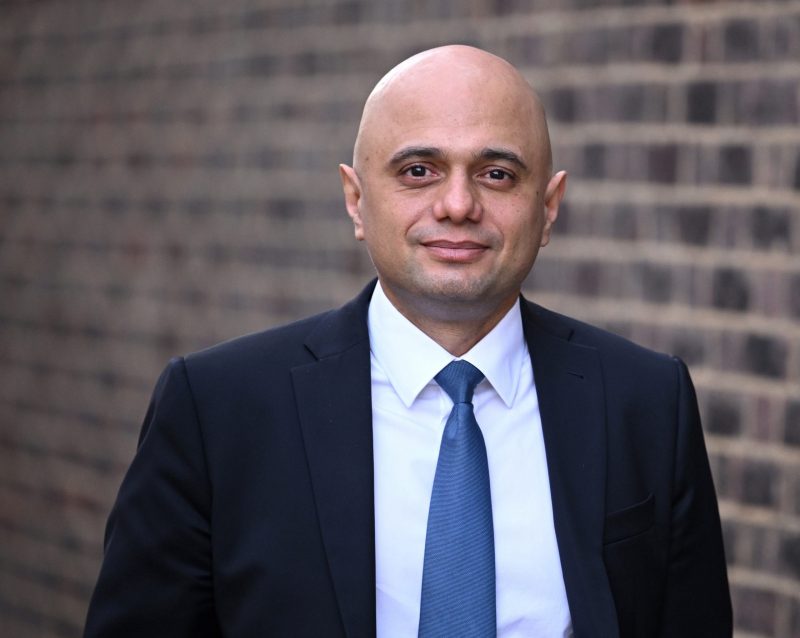 Javid, who is of Pakistani origin, said that the Noah’s claims were simply wrong and detached from reality.

On Twitter, Noah alleged that there were people saying ‘now the Indians are going to take over Great Britain’ after Sunak became the leader.

Responding to the comment, Javid reshared the clip and wrote: “Simply wrong. A narrative catered to his audience, at a cost of being completely detached from reality.

“Britain is the most successful multiracial democracy on earth and proud of this historic achievement.”

Javid served as health secretary from June 2021 to July 2022, having previously served as home secretary from 2018 to 2019 and chancellor of the exchequer from 2019 to 2020. A member of the Conservative Party, he has been MP for Bromsgrove since 2010.

A Downing Street spokeswoman clarified that the prime minister does not believe Britain is a racist country.

On Tuesday (25), Sunak, 42, became the UK’s first Hindu prime minister, the first of Asian heritage and the youngest for more than 200 years.

In his US satirical news programme The Daily Show, Noah said: “Watching the story of Rishi Sunak becoming England’s first Prime Minister of colour, of Indian descent, of all these things and then seeing the backlash is one of the more telling things about how people view the role that they or their people have played in history.

“And what I mean by that is this, you hear a lot of the people saying ‘Oh, they’re taking over, now the Indians are going to take over Great Britain and what’s next?’

“And I always find myself going ‘So what? What are you afraid of?’”

He added: “You see people like Tucker Carlson (America Fox News host) all the time saying ‘You know what they’re trying to do? They won’t stop until black people and women are in positions of power’,… so what?”

He added: “Why are you so afraid? And I think it’s because the quiet part a lot of people don’t realise they are saying is ‘We don’t want these people who were previously oppressed to get into power because then they may do to us what we did to them.’”

The video has garnered more than 850,000 views. Noah’s remarks came after a caller phoned into a segment of British radio station Leading British Conversation to criticize Sunak.

“Rishi’s not even British, in most people’s opinion. He’s got American allegiance. His family’s American. They’re Indian business people. He’ll go live in America, no doubt. He doesn’t love England like Boris [Johnson] does,” the caller is reported to have said.

Last month, South African Noah said that he will be stepping down as host of the show after seven years at the helm. Reports said that his final episode will air Dec. 8.