Rwanda asylum plan: Ministers warned over ‘torture and killings’ in the African nation 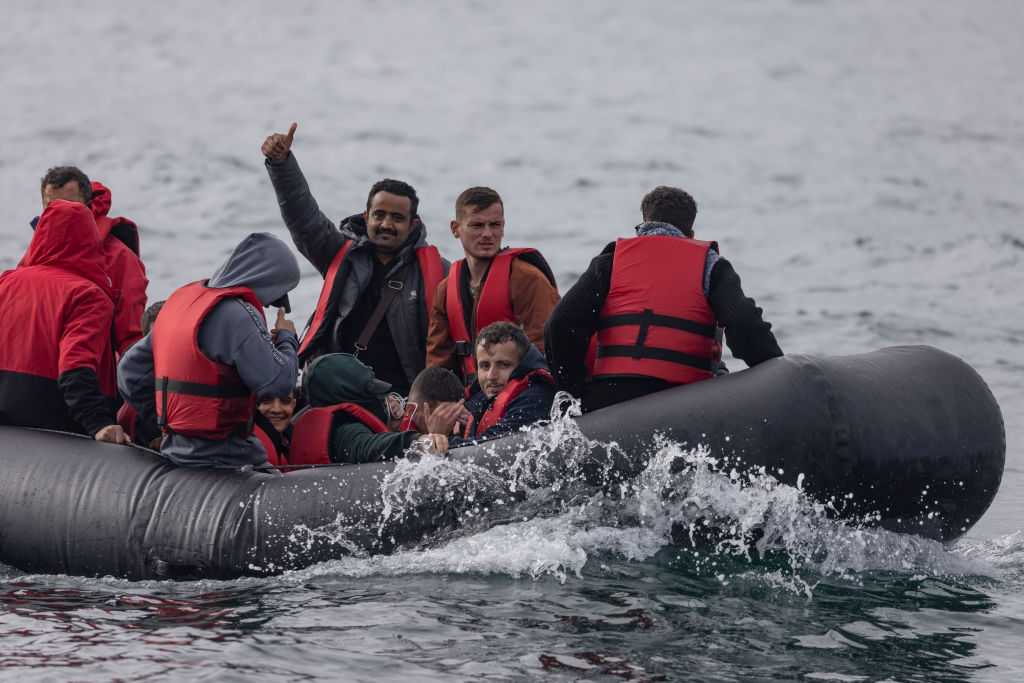 AT SEA, ENGLAND – AUGUST 04: An inflatable craft carrying migrants crosses the shipping lane in the English Channel on August 4, 2022 off the coast of Dover, England. Around 700 migrants crossed the channel from France on Monday, a record for a single day so far this year, bringing the total for 2022 to around 17,000. (Photo by Dan Kitwood/Getty Images)

A government adviser raised concerns about Rwanda’s human rights record weeks before the British government tried to send asylum seekers to the country, The Telegraph reported.

The first flight was blocked by European court judges following a successful human rights challenge. The latest data revealed that more than 20,000 people have crossed the channel so far this year, with more than 14,500 arriving since the Rwanda policy was launched.

Migrants identified for the aborted flight to Rwanda and major UK media organisations are now fighting a legal battle to make the adviser’s note public.

On Tuesday (16), the government asked the High Court to rule that the case should not include 11 specific comments about Rwanda from an unnamed Foreign Office official, who was an African affairs expert, according to reports.

In an email to colleagues on April 26, the reviewer raised concerns about the accuracy of the report regarding the situation in the country.

“There are state control, security, surveillance structures from the national level down… political opposition is not tolerated and arbitrary detention, torture and even killings are accepted methods of enforcing control too,” the official wrote.

The first Rwanda flight was grounded in June after the European Court of Human Rights said the High Court in London must first fully examine whether the policy is lawful. A hearing is scheduled for September.

“The sensitivity of this policy cannot be understated. The public needs to understand the material that was available to the [Government] at the time the decisions under challenge were taken, the evidence that is said to weigh against, as well as to justify, this flagship policy, and the reasons why the [Government] decided to proceed,” Jude Bunting QC, appearing for the media organisations, was quoted as saying in the High Court.

Meanwhile, on behalf of the government, Neil Sheldon QC told the court that those documents should not be disclosed as there would be a ‘potential of very significant harm’ to international relations and national security.

Last month, the High Court heard that Whitehall officials had initially excluded Rwanda on human rights grounds from the list of potential partners for asylum transfers.

The opposition Labour Party accused the government of attempting to conceal the truth from the public as the Home Office overruled the adviser’s warning.

A verdict regarding the disclosure of the material is expected in the coming days.

A government spokesperson, however, claimed that Rwanda is a safe and secure country with a track record of supporting asylum seekers.

“We remain committed to delivering this policy to break the business model of criminal gangs and save lives,” the spokesperson added.