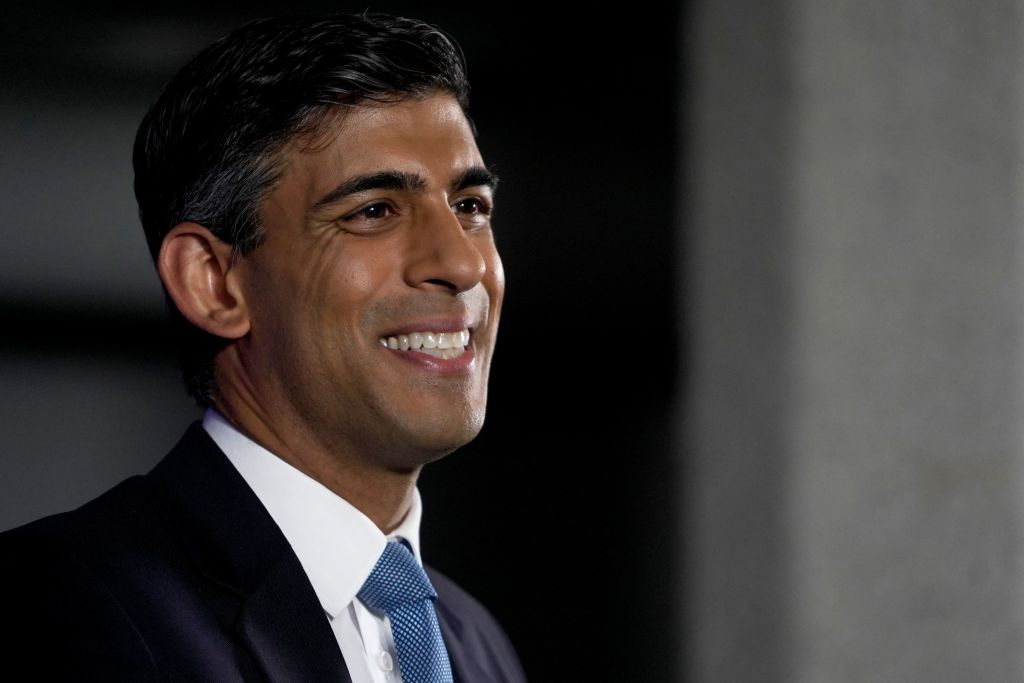 Rishi Sunak, Britain’s former chancellor of the exchequer and candidate to become the next prime minister, delivers a speech at the Queen Elizabeth II Centre in London on July 12, 2022. – The new UK prime minister to replace the outgoing Boris Johnson will be announced on September 5, the ruling Conservative party said, with 11 hopefuls currently vying for the job. (Photo by Niklas HALLE’N / AFP) (Photo by NIKLAS HALLE’N/AFP via Getty Images)

Rishi Sunak, one of two candidates seeking to become Britain’s next prime minister, said Friday’s attack on author Salman Rushdie should serve as a wake-up call to the West over Iran, the Sunday Telegraph reported.

Indian-born author Rushdie, who spent years in hiding after Iran urged Muslims to kill him over his novel “The Satanic Verses”, was stabbed in the neck and torso on stage at a lecture in New York state. After hours of surgery, Rushdie was on a ventilator and unable to speak as of Friday evening.

There has been no official government reaction in Iran to the attack on Rushdie, but several hardline Iranian newspapers praised his assailant.

“The brutal stabbing of Salman Rushdie should be a wake-up call for the West, and Iran’s reaction to the attack strengthens the case for proscribing the IRGC (Islamic Revolutionary Guard Corps),” Sunak, the former finance minister, said, according to the paper.

Sunak, referring to stuttering talks between Iran and the West to revive a nuclear deal, said, “We urgently need a new, strengthened deal and much tougher sanctions, and if we can’t get results then we have to start asking whether the JCPOA is at a dead end.”

The JCPOA, or the Joint Comprehensive Plan of Action, is the 2015 agreement under which Iran curbed its nuclear programme in return for relief from U.S., EU and UN sanctions.

“The situation in Iran is extremely serious and in standing up to (Russian President Vladimir) Putin we can’t take our eye off the ball elsewhere,” Sunak said.