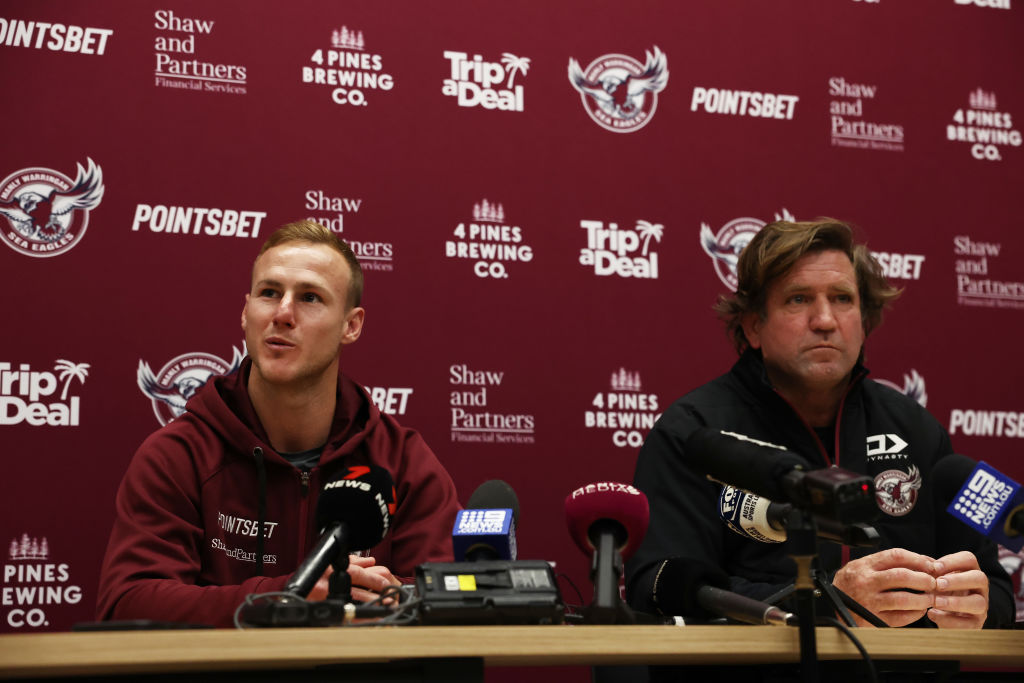 The Sydney-based Sea Eagles announced on Monday the team would wear the pride jersey, which replaces the team’s white stripes with rainbow bands, for the National Rugby League (NRL) clash against Sydney Roosters on Thursday.

But championship-winning coach Des Hasler said seven of his players were opposed to wearing it on “religious and cultural” grounds and had pulled out of the match at Brookvale Oval.

“We accept their decision,” an emotional Hasler told reporters on Tuesday.

“These young men are strong in their beliefs and their convictions and we will give them the space and the support they require.”

“I can promise you every young kid on the northern beaches (of Sydney) who is dealing with their sexuality would have heard about this,” he told Sydney’s Daily Telegraph.

LGBTQ advocates condemned the boycott and the players were branded bigots and homophobic on social media.

But Hasler defended the seven, saying the club was at fault for not consulting the playing group and other stakeholders inside and outside the club.

He apologised to his players and to the “minority groups within the community who embrace the rainbow colours as a symbol of pride in who they are.”

“The intent of the jersey was to support the advocacy and human rights pertaining to gender, race, culture, ability and LGBTQ movements,” he said.

“Sadly the execution … was poor.”

NRL boss Peter V’landys said the league respected the players’ position but hoped they would change their minds.

“It’s a good thing that sport is more inclusive,” he told reporters earlier on Tuesday.

“It’s important that in Australian society, we respect everyone for who they are.”

The controversy overshadowed the NRL’s launch of its “Women in League Round”, which highlights gender inequality.

Shorthanded, Hasler included four uncapped players in his team for the Roosters, a match that could have a big impact on Manly’s playoffs hopes.

The Sea Eagles are ninth on the table on equal points with the eighth-placed Roosters with six rounds left in the regular season.

The top eight teams qualify for the playoffs.