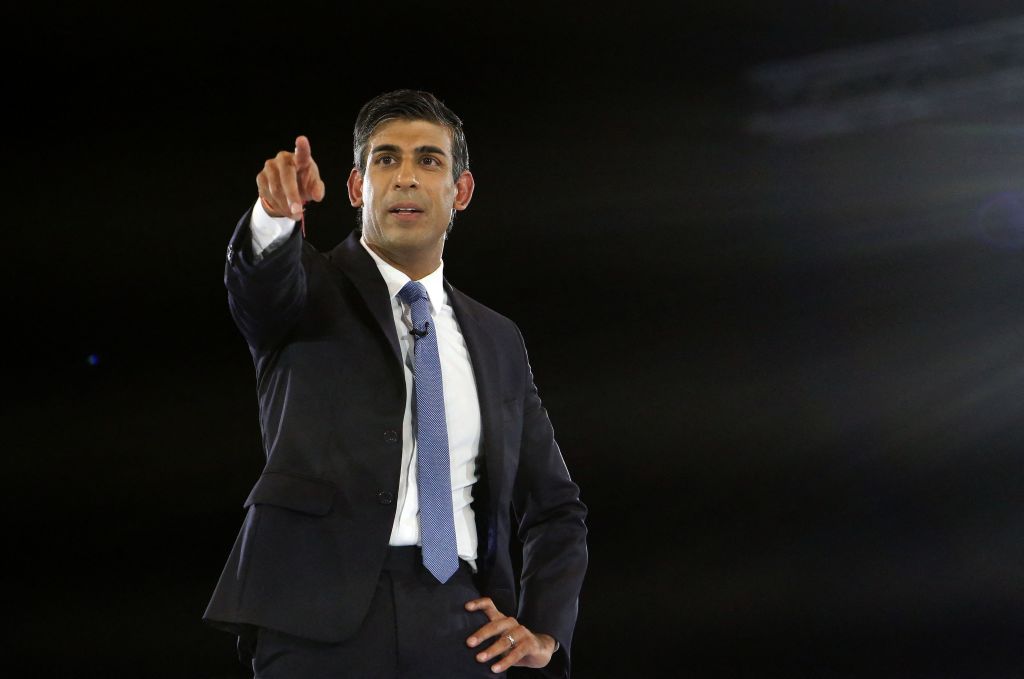 British Conservative Rishi Sunak was on Monday (24) poised to become prime minister and the country’s first leader of colour, after a dramatic decision by Boris Johnson to abandon a political comeback bid.

Just weeks after he lost out to Liz Truss to lead the ruling Tories, Sunak could pull off a stunning reversal in fortunes by winning the leadership as early as Monday afternoon, following ex-premier Johnson’s unexpected exit late Sunday (23).

The contest, triggered by outgoing leader Truss’s resignation on Thursday (20), requires candidates to secure the support of at least 100 Conservative MPs by 2:00 pm (1300 GMT) on Monday.

Sunak, a wealthy Hindu descendant of immigrants from India and East Africa, had crossed that threshold by Friday night, ahead of declaring his candidacy on Sunday and amassing nearly 200 public nominations from Tory lawmakers.

Johnson’s withdrawal from the race — before he had even formally announced his candidacy — left cabinet member Penny Mordaunt the only other declared contender.

But Sunak supporters were quick Monday to stress that the former finance minister was not assuming he had the leadership “in the bag”.

Mordaunt is expected to come under growing pressure to abandon her leadership bid and end the contest quickly as Britain grapples with multiple crises.

If the 49-year-old resists and is able to garner 100 nominations, the race will be decided by the party’s roughly 170,000 members in an online vote, with the result announced on Friday.

First, however, the Tories’ 357 MPs would hold an “indicative” ballot — from 3:30 pm to 5:30 pm on Monday — to show members which candidate commands the most support within the fractious parliamentary party.

Just two months ago, the members selected Truss over Sunak, who had more support among MPs. Mordaunt is popular with the grassroots and supported Truss.

The Tories were forced into their second leadership contest since the summer due to Truss’s resignation after only 44 days following the disastrous market response to her tax-slashing mini-budget.

She had replaced Johnson in early September following another government revolt over a slew of scandals, most notably the “Partygate” controversy involving Covid lockdown-breaching parties.

Johnson’s attempt to make an immediate return to Downing Street had raised the prospect of months of disarray and disunity within the ruling Conservatives.

Critical backbench Tory MPs warned there could be a wave of resignations under Johnson’s renewed leadership, which might have led to the general election demanded by opposition parties. One is not due for at least two years.

The Brexit figurehead had cut short a Caribbean holiday to return to Britain on Saturday.

But in a sign of his diminished political standing, he abruptly conceded late Sunday, admitting “you can’t govern effectively unless you have a united party in parliament”.

“I believe I have much to offer but I am afraid that this is simply not the right time,” Johnson said, while insisting he had secured the 100 nominations needed to progress.

Sunak was quick to pay tribute to Johnson, tweeting: “I truly hope he continues to contribute to public life at home and abroad.”

Mordaunt added on Monday that Johnson had “put country before self”.

“Penny is the person best positioned to unify the party, she’s got support from all wings of the party,” said Conservative MP Damian Green on Monday.

The leadership hopeful kept up a string of Twitter posts on Monday morning.

“Even the former Labour Shadow Chancellor admits — I’m the candidate Labour fears most,” she wrote, referring to the main opposition Labour Party.

In an article in the right-wing Daily Telegraph, she also stressed her commitment to a “lower-tax, high productivity economy”.

Sunak kept a lower profile, writing simply on his Twitter account that the country faced a “profound economic crisis”.

“I want to fix our economy, unite our party and deliver for our country,” he said.

Labour, which has opened up huge poll leads after Truss’s government saw the Conservatives’ popularity plummet, is demanding a general election.

“Tory MPs are set to hand Rishi Sunak the keys to No 10 (the prime minister’s official residence) without him saying a single word about how he’d govern,” tweeted Angela Rayner, deputy leader of the main opposition Labour Party.

Under the UK electoral system, there is no requirement for a general election if the leader of the party in power changes.