Rishi Sunak, the Diwali PM who answered his country’s call 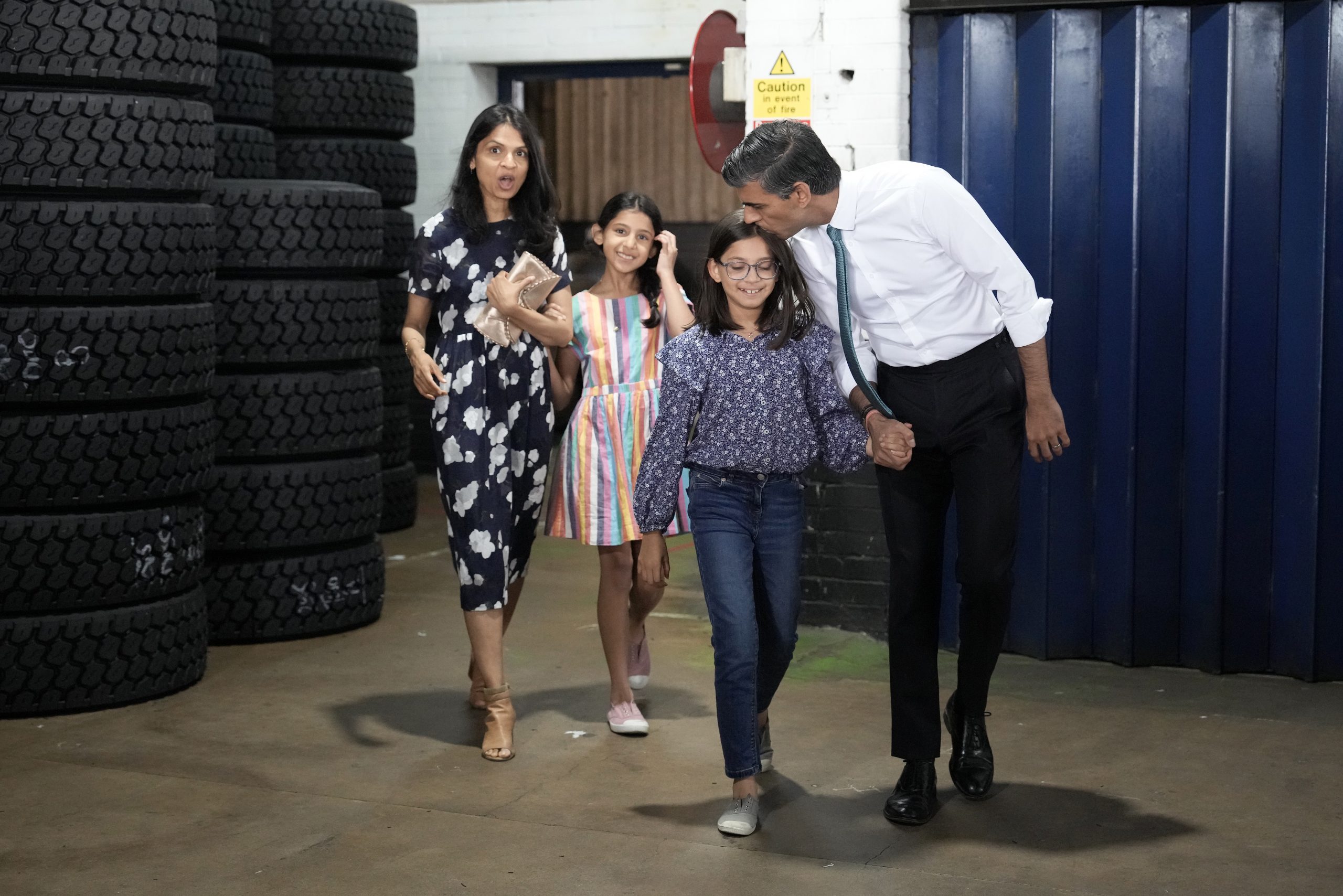 Feted by his MP colleagues but rejected by the Conservative grass roots just six weeks ago (September 5).

They accuse Sunak of causing Johnson’s downfall, rather than accept that it was the fault of his once next-door Downing Street neighbour.

His critics conveniently forget that the MP for Richmond in Yorkshire had just four weeks to deliver his first budget, after the shock resignation of Sajid Javid.

Not only that, Sunak did so in the middle of a global pandemic, winning huge plaudits on his side of the aisle, business and the NHS.

“The biggest rabbit he pulled out of the hat, which was the furlough scheme, is undoubtedly one of the things I would say has been pivotal in retaining some economic stability and personal security for a lot of people in the country,” said one Westminster insider, who did not wish to be named.

“To do that as a relatively new chancellor – at that point he wasn’t even 40 years old – it was a huge responsibility on relatively young, let’s be clear, pretty inexperienced, shoulders.”

His critics also forget that because Sunak was early to a meeting with Prime Minister Johnson, he was fined for breaking lock down rules.

The new prime minister paid up without complaint.

Sunak cuts a dashing figure; some have described him as the Conservative equivalent of Labour’s Tony Blair when he took over his party in 1994.

Indeed, the Daily Mail, the bastion of white, middle England, had heralded him “PM in waiting”.

Sunak has achieved more in his 42 years than many of us will in a lifetime.

Head boy at the independent boarding school, Winchester College; Oxford university beckoned; as did being a Fulbright Scholar at the prestigious Stanford University.

And he obviously takes calculated risks.

Consider for a moment, a south Asian putting himself up for an ultra-safe Conservative seat where three per cent are black or Asian.

As a former leader of the Tories, Lord Hague, told the GG2 Power List previously, “When he was getting to know the constituency, a few weeks after he was selected, I met up with him for a coffee one morning.

“He said, ‘I’m going to Wensleydale to milk cows.’

“I said, ‘What? I was a member for 26 years here, OK, so I did visit the farms a lot and asked the farmers about their businesses, but you don’t really have to go milking the cows.’

“He said, ‘No, I’m determined to understand what it’s like and how the business works, what the future is for farming, I’m going to put my wellies on and this morning, I’m going milking cows.’

“That shows you what sort of person he is. It’s very impressive,” the constituency’s previous MP told Eastern Eye’s sister publication.

Sunak will be a different prime minister to his predecessors.

Sources tell us he is a “details man”.

He reads briefing notes and then asks for more information, and he never attends any meeting unprepared.

“He’s not only super bright, but as you’d expect in somebody of his Indian origins, he’s also super hard working,” said one parliamentarian.

“In a job like his, you’ve got to be all over the detail.”

In January 2018, three years after entering parliament, the then prime minister, Theresa May, plucked him from the backbenches, appointing him junior minister at the ministry for communities and local government.

Others quickly saw his talent and in July 2019, Sunak became chief secretary to the Treasury, with a seat at the cabinet table.

He wrote in his local newspaper at the time, “After the call from No 10 and what seemed like a very long walk up Downing Street, past the assembled ranks of the media, I found myself in the famous cabinet room with Boris Johnson who asked me to be chief secretary to the Treasury. I said I was honoured to accept and to serve the country at this defining moment in the nation’s history.”

Serving his country is a Sunak theme.

He is the archetypal Tory because of his “back story”.

It is one of a middle-class aspirational family done great. Sunak’s father and mother were medics and ran a local pharmacy.

When he went to Winchester, his mother would tell customers stories of her son’s progress.

Then, of course, his going up to Oxford, onto Goldman Sachs, Stanford, and eventually, parliament mark him out to be the aspirational story not only every Asian dreams about, but Conservatives too.

But it can work the other way.

Critics – opposition and fellow Tories – describe him as privileged and unable to understand what it is like to struggle.

Together he and his wife, Akshata Murthy, daughter of Indian billionaire NR Narayana Murthy, co-founder of Infosys, are worth an £700 million.

This was almost Sunak’s undoing when sources leaked that his wife held non-domiciled status.

That meant she did not have to pay tax on her earnings from outside the UK.

Even though she did nothing wrong, the fact her husband was chancellor meant that politically she had to agree to pay UK taxes on her worldwide income.

The BBC’s Nick Robinson revealed to Sunak he was number seven on the Power List in 2019.

“This cabinet is interesting,” he deflected when asked about what it meant to him. “It was the most diverse cabinet in history when it was announced, that’s something for everyone to be proud of and to celebrate.”

Now, that ethnic diversity and that religious diversity are what set him apart from any prime minister in British history.

The days, weeks and years ahead will show whether his MP colleagues or the Tory grassroots were right to put their trust in our newest PM.