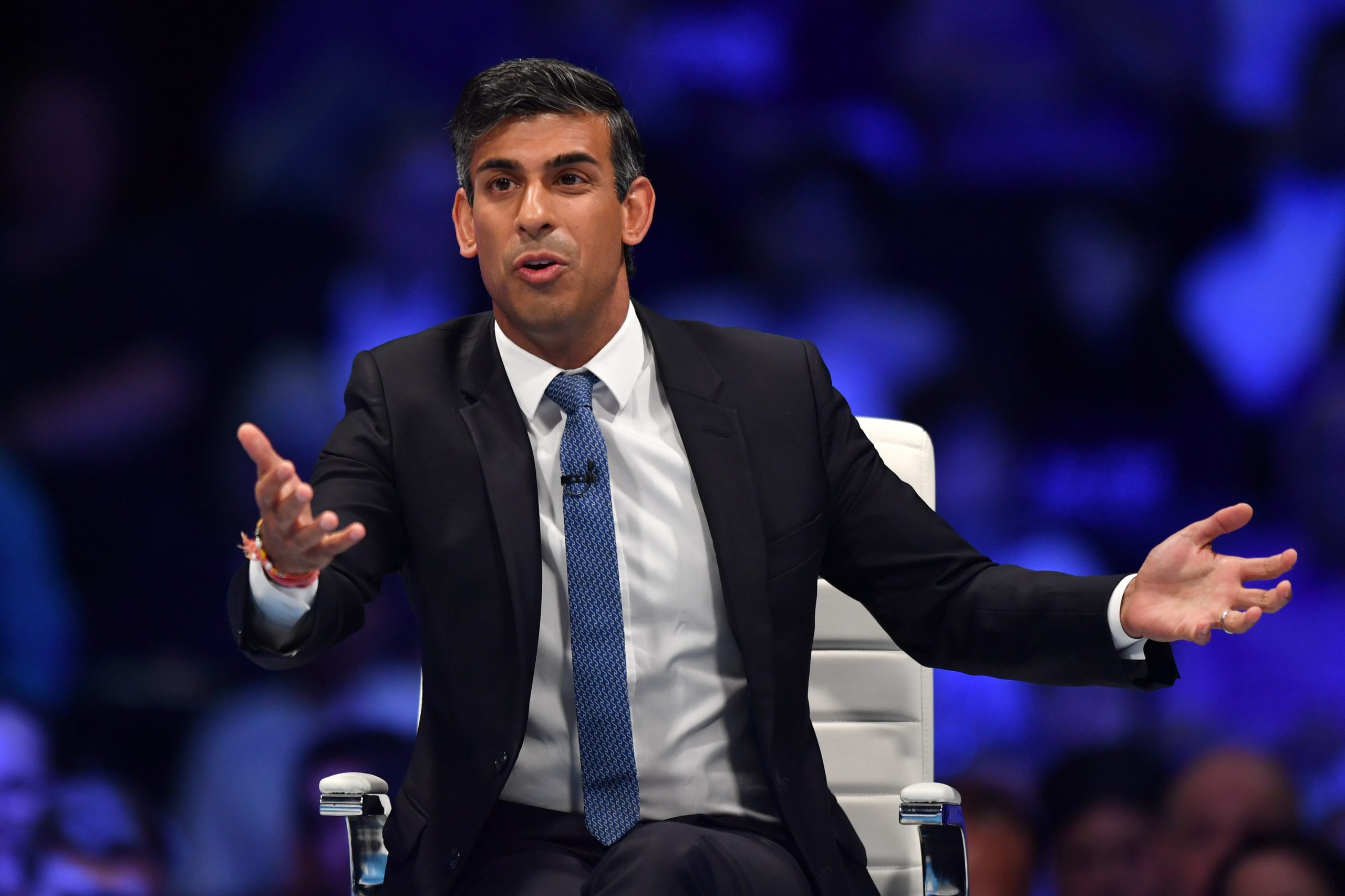 As the runner-up of the leadership election which concluded last month, the former finance minister who had forecast much of the economic crisis unleashed by Truss’ mini-budget is seen as a safe pair of hands to take charge at 10 Downing Street.

The 42-year-old is holding a solid 55 per cent lead with the Oddschecker betting odds aggregator, followed by a 29 per cent chance of former prime minister Boris Johnson making a comeback. Third-placed in what is emerging as a three-way contest is Leader of the Commons Penny Mordaunt, who had polled third in the first round of parliamentary votes to shortlist candidates for the last leadership race.

“I back Rishi Sunak to be our next PM. He has the plan and credibility to: restore financial stability, help get inflation down and deliver sustainable tax cuts over time; and unite the Conservatives by bringing the best talent into government to deliver for the British people,” tweeted former Cabinet minister Dominic Raab, among the first of nearly 50 MPs to openly declare support for Sunak.

Amid Opposition calls for an immediate general election, there is a frenzy among the governing Tories to find a successor for Truss, who now holds the ignominious title of being the shortest serving incumbent at 10 Downing Street after resigning on Thursday just 44 days after being elected to office.

Under the rules set of this Tory leadership race, a candidate must have a minimum of 100 members of Parliament backing them to make the shortlist by the Monday 2pm local time deadline. A comeback for partygate-hit Johnson is increasingly looking likely with reports that he has the support of around 140 MPs.

The former prime minister, who was holidaying in the Caribbean, is believed to be on a flight back to get his leadership campaign going quickly.

However, there are several others who have expressed their shock and dismay at the possibility, given that Johnson still faces a parliamentary inquiry over whether he misled the House of Commons on the parties held at Downing Street under his watch.

Polling suggests the former prime minister, who won a thumping majority in the 2019 general election, remains popular with the wider Tory membership. Johnson’s return would mark a dramatic comeback, having been dragged out of office by his Cabinet and MPs only 45 days ago.

Mordaunt and her supporters are also said to be tallying up the numbers in her favour. A maximum of three finalists are possible, given the Tory tally of 357 MPs in the Commons. The MPs will then hold an “indicative” ballot to pick the final two, with the winner then decided in an online vote of party members.

If the 170,000 Tory members do get a vote on the top two contenders, the new leader will be declared by next Friday. However, should Tory MPs manage to agree on one candidate, the contest could be over on Monday.

Meanwhile, Truss remains caretaker Prime Minister until her successor has been elected and anointed by King Charles III. She resigned on Thursday after a brief yet tenure riddled with policy U-turns amid a spiralling economic crisis triggered by a controversial unfunded tax-cutting mini-budget last month that sent the financial markets into turmoil.