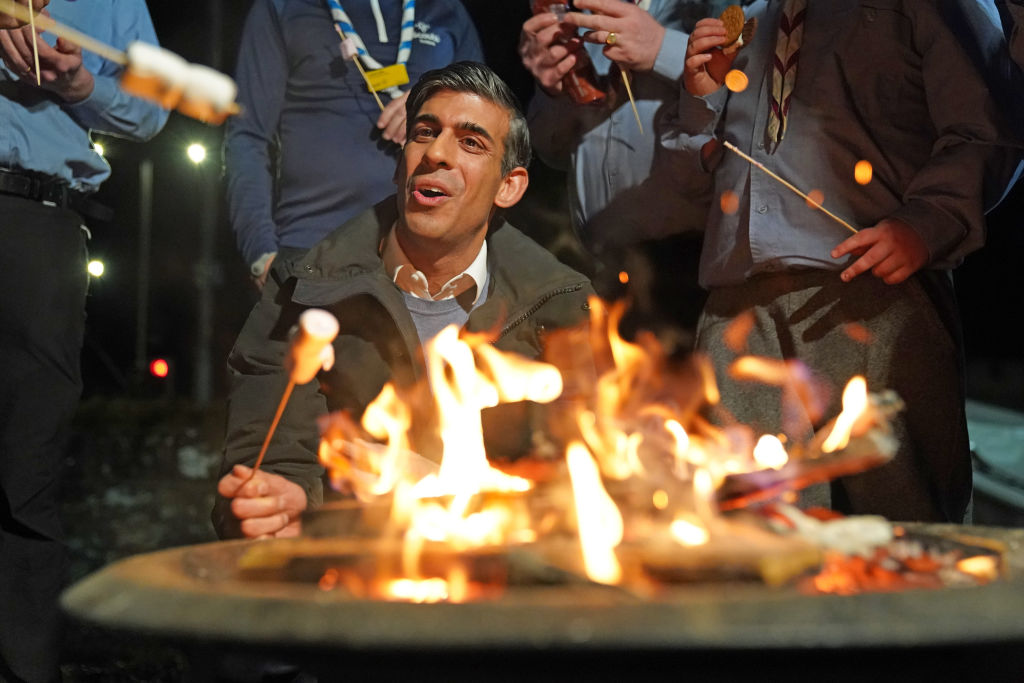 UNSPECIFIED, SCOTLAND – JANUARY 12: Prime Minister Rishi Sunak toasts marshmallows during a visit to the Sea scouts community group in Muirtown near Inverness, during a two day visit to Scotland to highlight the benefits of remaining in the United Kingdom as he seeks to counter Nicola Sturgeon’s push for independence on January 12, 2023 in Inverness, Scotland. The Prime Minister is expected to hold face-to-face talks with the Scottish First Minister during his two-day trip, which begins on Thursday. (Photo by Andrew Milligan – WPA Pool/Getty Images)

British prime minister Rishi Sunak will travel to Scotland and meet first minister Nicola Sturgeon on Thursday (19) for a private working dinner, as part of efforts to reset the two nations’ strained ties.

Sunak makes his first official visit to Scotland since taking office in October at a time when both countries are struggling with mass strikes, high inflation and a cost-of-living crisis.

The pair will likely discuss Britain’s under pressure National Health Service and the economy, and may also touch on topics they disagree on – Sturgeon’s push for a second Scottish independence referendum and Scotland’s gender reforms.

Sunak’s office said the informal talks would build on their in-person meeting at the British-Irish Council in November, which the British leader described as a chance to rebuild relations.

On Friday they are also due to announce the delivery of UK government funding to create high-skilled green jobs in Scotland.

“It is expected that the meetings ahead of Friday’s joint announcement will focus on the shared challenges that people in Scotland and across the rest of the UK face – and how both governments can co-operate meaningfully to ensure that they are jointly delivering for people, their families, and communities,” Sunak’s office said in a statement.

Under Sunak, ties with Sturgeon have softened. She had criticised his predecessor, Liz Truss, for failing to even call her during her chaotic seven weeks as prime minister.