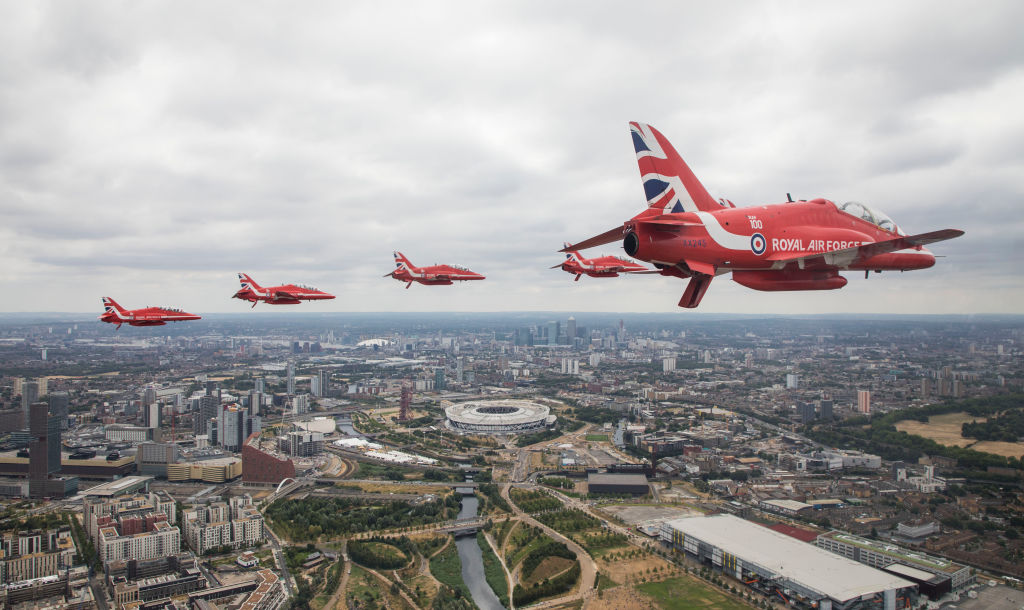 LONDON, ENGLAND – JULY 10: In this handout image provided by the Ministry of Defence, Royal Air Force Aerobatic Team taking part in the Centenary Flypast over Buckingham Palace during RAF 100 celebrations on July 10, 2018 in London, England. A centenary parade and a flypast of up to 100 aircraft over Buckingham Palace takes place today to mark the Royal Air Forces’ 100th birthday. (Photo by Ministry of Defence via Getty Images)

Personnel of the Royal Air Force Aerobatic Team have reportedly accused their colleagues of “unacceptable behaviours” in a “toxic” work culture.

During a wide-ranging internal investigation, they gave evidence about the prevalence of misogyny, harassment and assault in the elite team, also known as the Red Arrows.

The Telegraph quoted a source as claiming that female recruits were considered “fresh meat” and members of the 130-member squadron would “pester” them with WhatsApp messages.

“All of them are married and they just don’t leave them alone. It’s a toxic environment,” the source said.

Another person privy to the investigation told the newspaper, “the Red Arrows and those around them were deemed untouchable and that has created a toxic culture, destroying unit cohesion. According to the insider, it ultimately highlighted “poor leadership.”

Meanwhile, armed forces minister James Heappey confirmed that a few personnel had been removed from the display team for the current season.

“I’m confident that the chief of the air staff and his team are investigating these allegations – they’ve taken action to remove them from the display team for this season”, the minister told Times Radio.

“We’ll wait until those investigations are complete before the individuals responsible are held to account,” he said.

While admitting that the accusations were “very concerning”, he seemed to suggest that those who were facing the allegations of misconduct constituted a small minority.

“The very highest of standards are demanded of our armed forces across the board, and 99.99 per cent of them deliver in spades,” Heappey said.

“Those who have the privilege of serving in an organisation like the Red Arrows have… an even greater responsibility because they are so much in the public eye,” he said and added, “the allegations that have been made are very concerning indeed.”