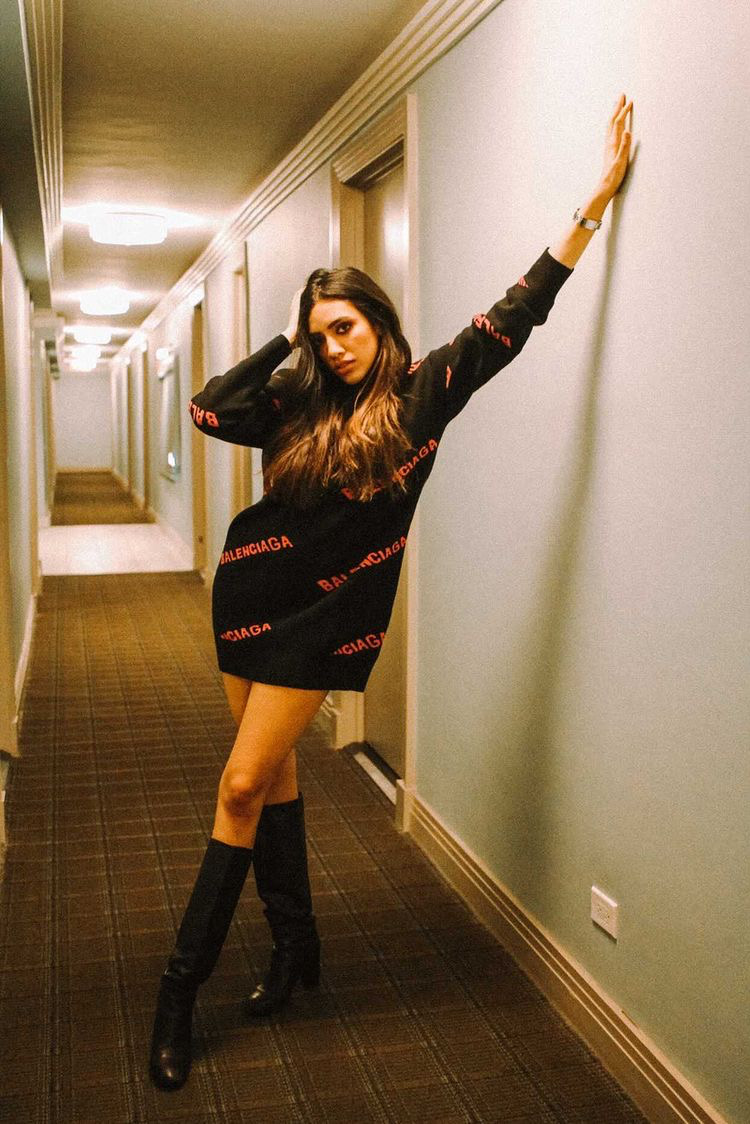 The top tracks and big live performances have shown off her impressive vocal range. This recent musical rise is the latest chapter in an interesting story of a multi-lingual singer-songwriter, who was born in Antwerp, Belgium.

The 25-year-old commenced vocal training at the age of six, released her first album From Deep Within as a 12-year-old, soon after moving to Mumbai, and later studied at University of London, Goldsmiths. This has led her towards the superb songs and growing fanbase, which includes more than 1.2 million Instagram followers.

What first connected you to music?
I have been very connected to music since a young age. It’s all thanks to the exposure my family has given me in terms of music. I was introduced to various artists like Celine Dion, Whitney Houston, Lionel Richie, and Diana Ross very early on, while I lived in Belgium. Bollywood was also a massive influence. I grew up listening to Lata (Mangeshkar) Ji, and Shreya Ghosal Ji, and am very inspired by them. I think artists like these made me feel connected with music from a young age.

What made you move from Belgium to Mumbai in 2008?
I moved from Belgium to Mumbai at the age of 10, largely because of my dad’s work. Hence my siblings and parents made the move to Mumbai and this shift really opened a completely new chapter for me and my music. I’m so grateful to move here and meet the people I have, and work on my music the way that I have.

What has been the most memorable musical moment of your career so far?
There have been many memorable moments from my music career so far, but two really stand out. One has been working with Rishi Rich. It has been a dream and honour to work with him; he is incredible, and I have been listening to his music since I was a child. So, it’s super exciting to work with someone whose music you have been listening to while growing up. Secondly, working with Tiger Shroff was memorable for me since Tiger is known for his work ethic and passion for his art, and music. So, I really enjoyed working with him on (the song) Casanova. Other many memorable instances have included shooting music videos, and the entire studio process. It has all just been incredible.

What was the experience of performing at the Cannes film festival this year?
My experience performing at Cannes was absolutely surreal. I’ve been going to the festival for a couple of years but performing there for the first time was beautiful. I think for any artist just connecting to their audiences is very important, especially from different parts of the world, and watching them appreciate Indian music and culture is just very humbling and grounding. It’s just a very lovely feeling, so that was definitely a milestone moment for me.

Which of your songs is closest to your heart?
That is a very tough question. I think all of them are close to my heart because they were all made at different stages and parts of my life. I have so many beautiful memories associated with them, so I wouldn’t be able to pick one.

Is there any one song that surprised you after it was released?
A song that surprised me after its release is Aaja Mere Naal. This song has gotten so much love from the audience since the minute it was released and that has meant the world to me. Rish and I worked on that song, and it was truly from our hearts. Seeing the way in which it has been picked up and received by our audience in the past two years is really incredible. The song has hit over 200,000 streams on Spotify. It’s really incredible to see the way people are still listening to that song and how it’s still on different playlists and appreciated by many around the world.

You are a versatile singer, but what type of song do you enjoy singing?
I think the type of music I enjoy creating and singing is r’n’b/soul music. I think it’s partly because of the influences I had when I was younger. I think soul music influences me because I was part of a choir for most of my early childhood. That’s why I love creating and singing songs that have runs and some really beautiful melodies.

What is the plan going forward?
The plan going forward is to continue creating music that touches people’s hearts. I have a lot of fun and exciting projects in the pipeline with some really brilliant artists. I have an EP coming out with Rishi Rich and Kiranee – I’m super excited about that one, so hope all of you stay tuned.

Would you make a move to acting?
Definitely. I’m very open to acting and any such opportunities if they present themselves. I would love to explore myself as an artist through film, sound, and fine art, among other mediums.

What kind of music dominates your own playlist?
My playlist these days is highly dominated by r’n’b, pop, and Hindi love songs.

What inspires you?
What inspires me the most is the thought of being the best version of myself, and that’s in all areas, whether in music, mentally, physically, and any other capacity. And of course, my family, peers, and people I work with inspire me.

Why do you love music?
Music makes me feel very much at peace. It gives me a lot of happiness and has always been therapeutic for me. Whenever I work on my music or am in the studio in any part of the world, it feels like home, and that’s what I love most about it.