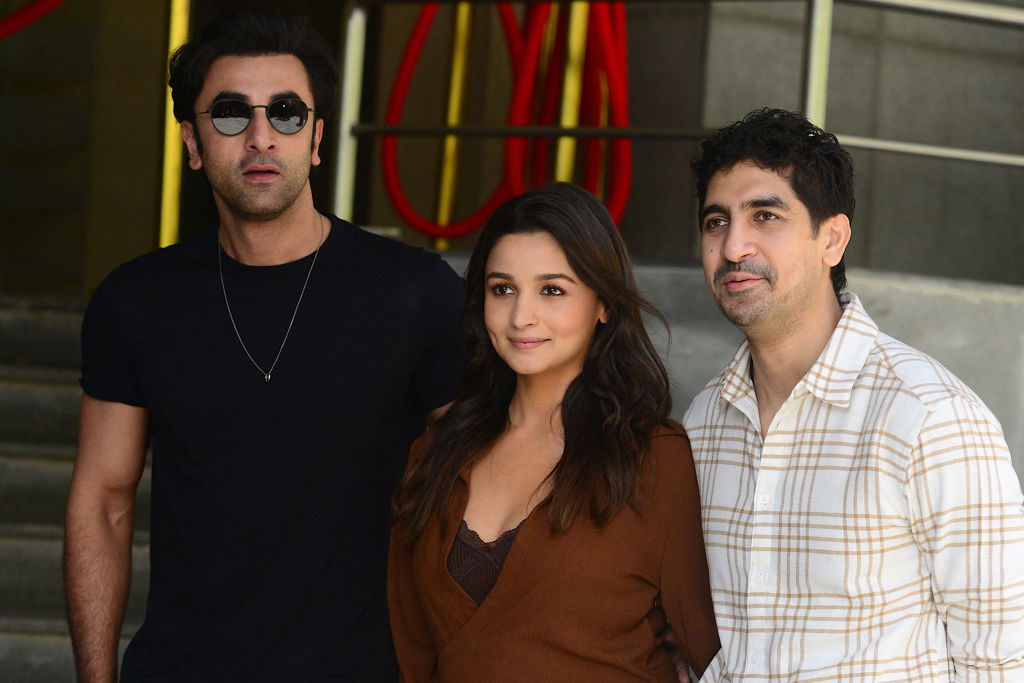 Bollywood actors Ranbir Kapoor and Alia Bhatt along with director Ayan Mukerji on Tuesday faced protests at the famous Mahakaleshwar Temple in Ujjain, for the ‘Rockstar’ actor’s comment that he likes beef, in 2011.

Ranbir, Alia, and director Ayan recently arrived in Ujjain to take the blessings of Lord Shiva for their upcoming film ‘Brahmastra Part-1: Shiva’, during their visit to the temple, Bajrang Dal members protested against the actor for his 11-year-old comment which is currently being circulated on social media. Some social media users went through the old archives and dug up Ranbir’s old interviews in which the ‘Besharam’ actor once said that he likes to eat beef and circulated the clip on social media.

Due to his 11 years old comment, the actor is currently facing a lot of backlash on social media and trollers are using the hashtag #BoycottBrahmastra on Twitter, asking the people not to watch the film.

Bajrang Dal members held black flags and placards at the Mahakaleshwar Temple, as a sign of protest against the film.

Apparently, Ranbir and Alia were not allowed to enter the Temple premises and only Ayan got permission to take the deity’s blessing.

Local police took the situation under control and some protesters were beaten up by the officials for breaching security.

Taking to Twitter, Congress Rajya Sabha member Priyanka Chaturvedi shared a post in which various b-town celebs could be seen posing with PM Narendra Modi, she wrote, “None of this photo op will help if you’ll continue to be mute spectators to hate and believe it’s not your business to talk politics. They will come after you anyway. Mahakaleshwar temple protests in Ujjain is a case in point. Shame that political prejudice is leading to such ugliness.”

Ankit Jindal, Bajrang Dal co-ordinator said, ” We won’t allow Alia and Ranbir to enter the temple, he said that eating beef is a good thing, Bajrang dal won’t let anyone with this thinking, enter the Baba Mahakal Temple. The whole country is protesting against this; if he arrives at the temple today, we would not let that happen. We were protesting peacefully with black flags, but police started beating our workers, which is unacceptable.”

Talking about the incident, Police Officer OP Mishra said, “Due to a VIP movement at the temple, we were taking security calls and the protesters were asked to stay behind the barricading, a member from Bajrang Dal came and started breaching the security due to which we had to take the following security calls .”

Helmed by Ayan Mukerji, ‘Brahmastra: Part 1- Shiva’ is all set to hit the theatres on September 9, 2022, in Hindi, Tamil, Telugu, Kannada, and Malayalam.