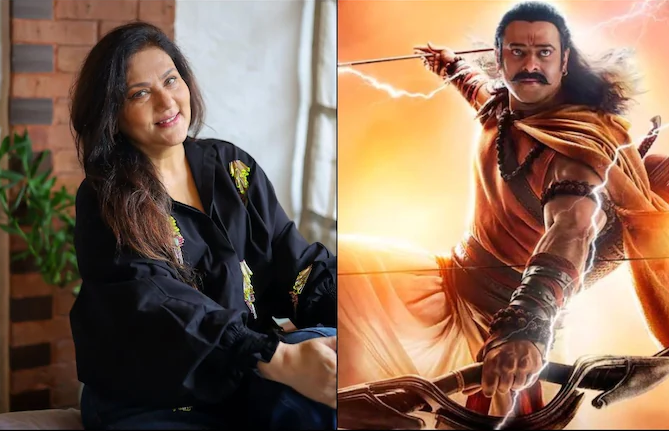 Actress Dipika Chikhlia, who became a household name after playing the role of Sita in Ramanand Sagar’s cult mythological show Ramayana, has reacted to the teaser of the upcoming Bollywood film Adipurush starring Prabhas, Saif Ali Khan, and Kriti Sanon in lead roles.

The 1.46-minute-long teaser of the much-anticipated film was unveiled on October 2 in the city of Ayodhya. Minutes after the teaser dropped on YouTube, it landed in controversy over the depiction of Ravana and Hanuman and also its poor GCI. A number of people took to Twitter and slammed the makers for portraying important characters in a completely different way and called for a boycott of the film.

Meanwhile, Dipika has also shared her opinion on the controversy. “I have seen the teaser of Adipurush. I think Ramayana is a story of truth and morality. I don’t associate Ramayana with VFX, that’s my personal take on this,” she told a publication.

Though she could not see Hanuman wearing leather in the teaser, Dipika said that she had heard that it was being criticized by people. “And there were people talking about how Hanumanji is wearing leather. I could not see it clearly in the teaser. If that is the case, then I think that the intention that Valmiki and Tulsidas had while writing the epic, should be maintained because it is an asset of our country,” she added.

Reacting to the backlash, Om Raut, the director of Adipurush, had earlier said, “I was disheartened for sure, not surprised because the film is made for a larger medium—the big screen. You can cut it down to some extent but can’t bring it down to a mobile phone.”