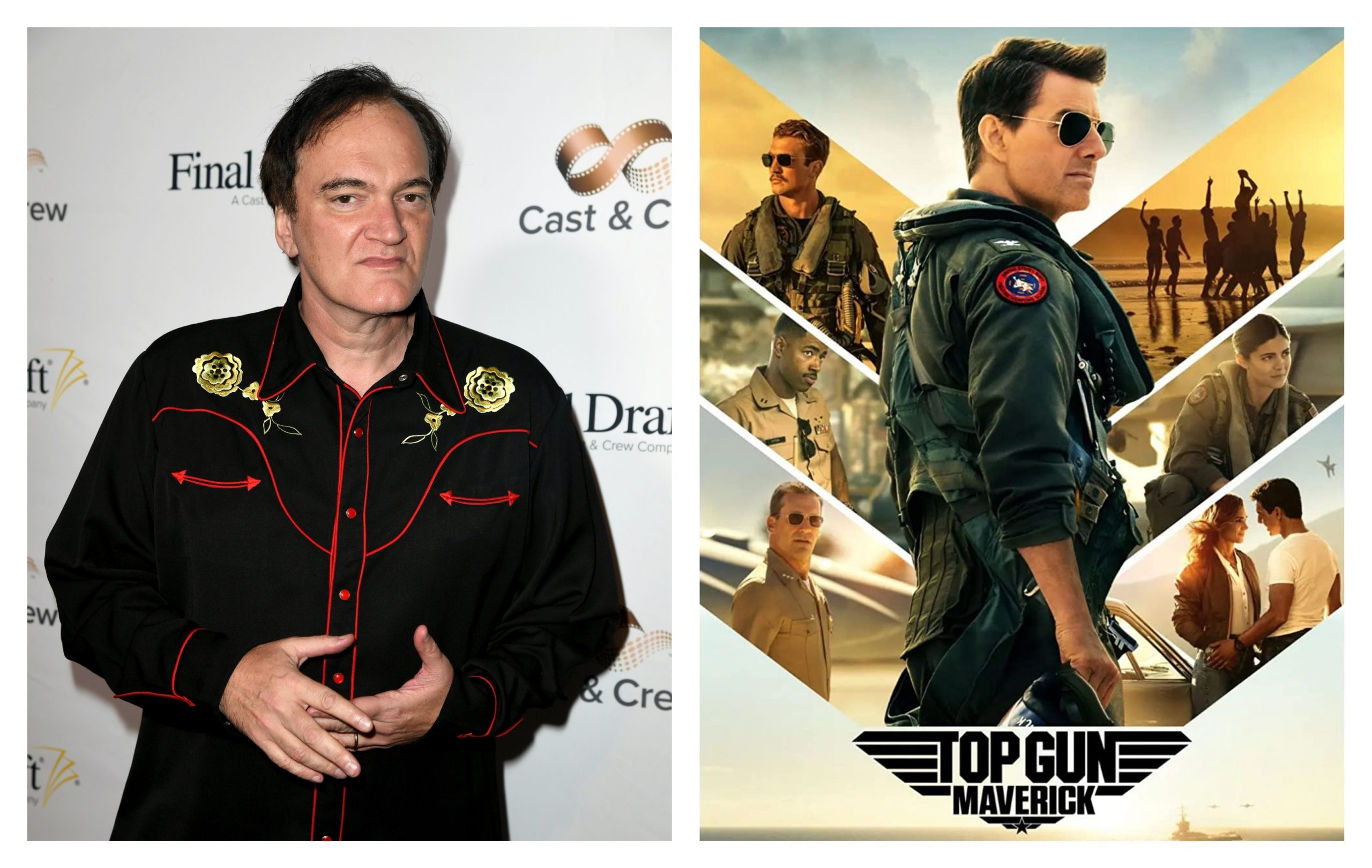 Tom Cruise’s latest action film Top Gun: Maverick exceeded all expectations in terms of its performance at the box office. Critics heaped praises on the film and the audience also showered loads of love on the Joseph Kosinski directorial. Apart from critics and audiences, a number of high-profile people from within the industry have said tons of good things about the film in their praises. The latest one to go crazy after the film is none other than maverick filmmaker Quentin Tarantino.

The ace filmmaker recently appeared on the ReelBlend podcast where he offered his two cents on Top Gun: Maverick. “Normally I don’t talk about new movies that much because then I’m only forced to say good things, or else I’m slamming someone. And I don’t want to do that,” said Tarantino.

“But in this case, I fucking love Top Gun: Maverick. I thought it was fantastic. I saw it at the theaters… That and Spielberg’s West Side Story both provided a true cinematic spectacle, the kind that I’d almost thought that I wasn’t going to see anymore. It was fantastic. But also there was just this lovely, lovely aspect because I love both Tony Scott’s cinema so much, and I love Tony so much that that’s as close as we’re ever going to get to see one more Tony Scott movie,” the filmmaker added.

Tarantino went on to heap praises on filmmaker Joseph Kosinski for adding flairs of Tony Scott into the new film. “He did a great job. The respect and the love of Tony was in every frame. It was almost in every decision. It was consciously right there, but in this really cool way that was really respectful. And I think it was in every decision Tom (Cruise) made in the film. It’s the closest we’re ever going get to seeing one more Tony Scott movie, and it was a fucking terrific one.”

Top Gun Maverick is currently sitting at $1.325 billion at the worldwide box office.