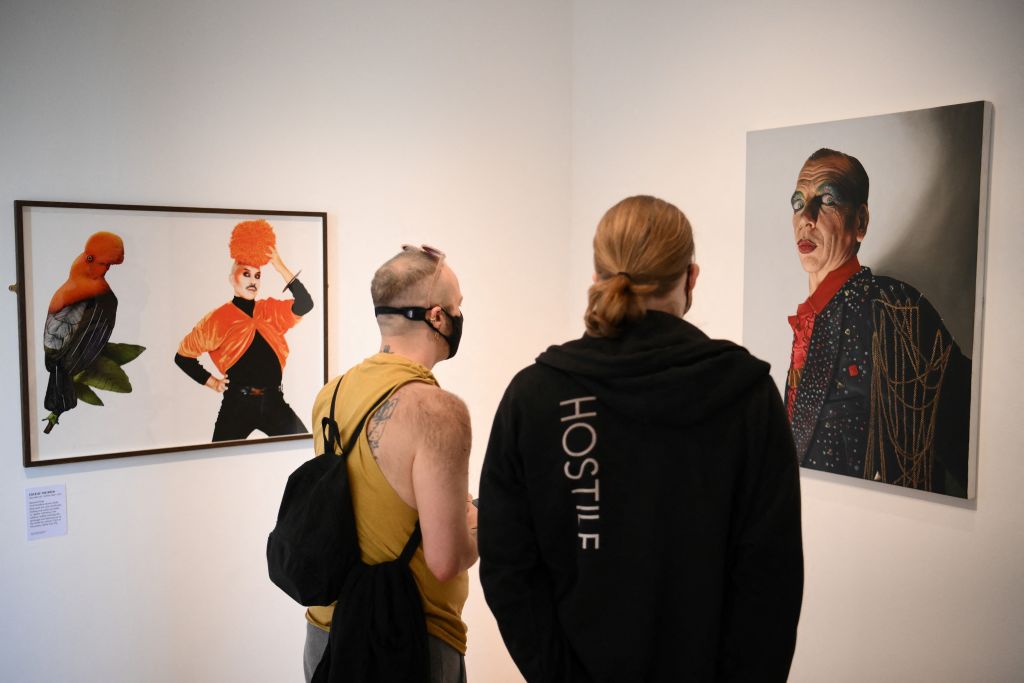 QUEER BRITAIN, the UK’s first LGBTQ+ museum, opened its doors in London this week, promising to bring the history and culture of the community to a wider audience.

Housed in a 19th-century building in a redeveloped area behind King’s Cross railway station, the museum has been four years in the making and is entirely financed by private donations.

A major exhibition is slated for the coming months combining photos, artworks and costumes. Visitors can already discover the history of the community in the UK, from cross-dressing Victorians to more recent Pride marches.

Pioneers honoured include racing driver Roberta Cowell, thought to be the first British trans woman known to have had reassignment surgery, and Justin Fashanu, the first professional footballer to publicly acknowledge he was gay.

Fashanu — who in 1981 became the country’s most expensive black player when he made a £1 million move from Norwich City to Nottingham Forest — killed himself in 1998, eight years after coming out.

One of the museum’s managers, Stephanie Stevens, said Queer Britain was “a permanent place for us to be able to celebrate who we are, the amazing contributions we’ve made to history, and then to educate the nation so that they know about those contributions as well”.

“We want to reach everyone,” regardless of gender, sexuality or identity, Stevens said.

“It’s important to have this museum and this space because as queer people we are so often expected to be grateful for the crumbs off the table.”

The museum in the trendy Granary Square development, where barges once unloaded their goods from the Regent’s Canal, is free, with the aim of widening the message.

Stevens described it as for “all of those people who feel like their voices haven’t been heard” and “the people that never heard those voices”.

Elisha Pearce, 21, travelled from Birmingham in central England to visit the museum, just a day after it opened on Thursday (5).

She discovered photographs of cross-dressing World War I soldiers.

“I wouldn’t have thought that kind of photo existed from the time so it’s definitely important that we can understand how our history has developed and how we got to the point where we are now,” she added.

Another section of the exhibition is dedicated to the communities LGBTQ+ people created for themselves.

“It’s something that we’ve needed for many years in this country,” said Richard Halstead, another visitor, from London.

“I hope this is a really positive start to something which will grow and develop and become a permanent part of the cultural heritage of this country.”

Halstead, 59, said he hoped it would give greater visibility to the community.

The photographs in the exhibition are a reminder of the long road travelled, including of the acceptance of gay members of parliament.

In 1977, Maureen Colquhoun, the UK’s first openly lesbian MP, was deselected by her constituency party because of her sexuality and feminist views.

The Labour party’s ruling National Executive Committee overruled the decision the following year, agreeing with her that she had been unfairly dismissed because of her sexual orientation.

Her treatment contrasts with that of a popular former leader of the Scottish Conservatives, Ruth Davidson, decades later, whose abilities as a politician attracted far more interest and comment than her sexuality.

In March, another Tory lawmaker, Jamie Wallis, received messages of support from colleagues including prime minister Boris Johnson, after becoming the first MP to openly declare they were transgender.

The road to decriminalising homosexuality in the UK began with the Sexual Offences Act in 1967 but it would take several more decades for further reform.

Same-sex marriage was made legal in England, Scotland and Wales in 2014 but only in 2020 in Northern Ireland, due to opposition from religious conservatives.

“In the current climate that we’re in, it’s really important to remember that there are things going on around the world that aren’t up to scratch and that definitely needs to be worked on,” said Stevens.

But a free museum can help “in educating people around that”, Stevens added.