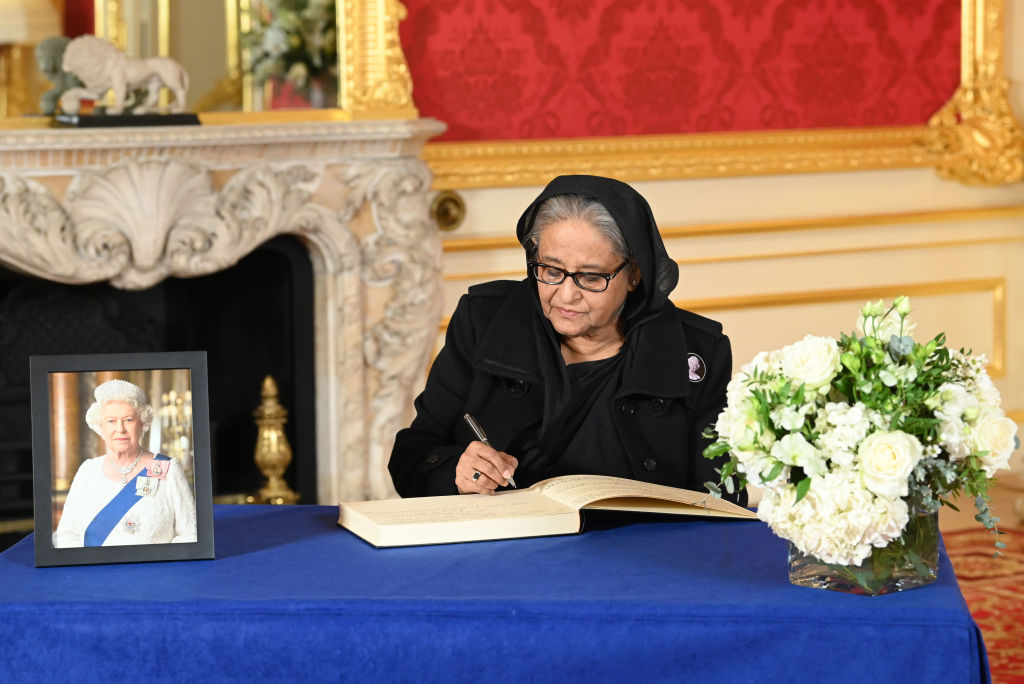 King Charles III, the new British monarch who has succeeded Queen Elizabeth II after her death, on Saturday (17) dialed Bangladesh prime minister Sheikh Hasina in Dhaka to express gratitude to her for personally attending his mother’s funeral in London on Monday (19).

The King also thanked the president of Bangladesh and its people for their sympathies to the royal family over the passing of the queen on September 8.

During the call, Hasina said, “Her late Majesty was like a mother figure to me and an extra-ordinary head of Commonwealth,” adding that “To pay my personal tribute to her, I decided to attend her state funeral.”

She also told the King that the Bangladesh government observed three days of state mourning as a mark of respect to the late monarch.

The Bangladeshi prime minister also recalled King Charles III’s (then Prince Charles) visit to her country in 1997 and told him that Bangladesh was preparing to receive him and the queen consort soon on the occasion of the completion of 50 years of the two countries’ diplomatic relations.

To that, the King said, “The queen consort and I were so much looking forward to our visit to Bangladesh on the 50th anniversary, however, due to the recent turn of events, unfortunately we are having to cancel it.”

Sharif, who recently attended the Shanghai Cooperation Organisation (SCO) summit in Samarkand, Uzbekistan, departed for the UK on Saturday (17) to represent his country at the funeral of Britain’s longest-serving monarch on Monday (19).

The prime minister was accompanied by Pakistani defence minister Khawaja Asif and special assistant to the premier on foreign affairs, Tariq Fatemi.

Radio Pakistan reported that PM Sharif met the King during a reception hosted by the latter for the high-profile visitors.

“Extending condolences over the passing of his mother Her Majesty Queen Elizabeth II, the prime minister observed that the late monarch was a source of inspiration and strength for generations of Commonwealth citizens,” the report said.

Sharif, who will fly to the US from London for a United Nations General Assembly session, recalled that the people of Pakistan had fond memories of the late monarch’s two visits to that country.

He also said that the bond of affection between the royal family and Pakistan had only got stronger with time.