‘Queen of Botox’ cleared to work after probe 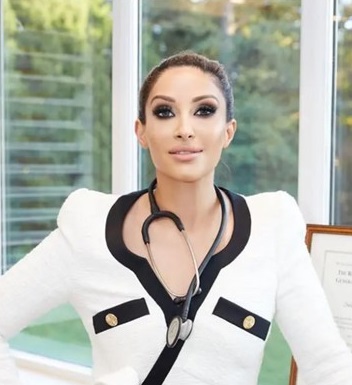 Last year, the Medical Practitioners Tribunal Service had reportedly imposed ‘interim conditions’ on Dr Raja, a former GP. But the nature of the allegations was not disclosed.

However, the GMC has now confirmed that those conditions have been lifted, meaning, Dr Nyla is free to practice without the conditions which had previously been imposed on her.

Dr Nyla had previously been required to abide by strict conditions.

But when asked if the investigation had concluded, the watchdog refused to comment, the M.E.N states.

Dr Nyla Raja has built a multi-million-pound empire owing to the success of her ‘Medispas’ in Wilmslow and Alderley Edge, with branches opening in Crosby, Birmingham, and Harley Street in London.

The 45-year-old doctor and mother-of-three from Prestbury, Cheshire has a long list of celebrity clients.

Nyla is registered under the name of Naila Raja-Jaweed, and the GMC reportedly imposed ‘interim conditions’ on the doctor’s registration following a tribunal on May 6, 2021.

Based on the conditions imposed on Dr Nyla at the time, she was required to inform the GMC of any new post she was taking up, including the job title and its location.

The doctor was also required to provide the contact details of the new employer or contracting body where she was given ‘practising privileges’.

Nyla was also instructed to ‘personally ensure’ the GMC was kept informed of any new post that she would take up and that ‘all relevant people’ were aware of her conditions.

The watchdog was also required to be informed of any disciplinary proceedings by her employer or contracting body or in case any of the doctor’s practicing privileges were suspended.

Additionally, the GMC was to be informed if Nyla applied for a post outside the UK.

Furthermore, Dr Nyla was also supposed to allow the GMC to exchange information with her employer or contracting body to whom her medical services were provided. Her ‘responsible officer’, a senior doctor overseeing her case, was also to be informed of any new medical role.

A spokeswoman for the GMC is reported to have said at the time, “Dr Raja-Jaweed is subject to conditions that were placed by an interim orders tribunal (IOT) at the Medical Practitioners Tribunal Service.

“This means that a GMC investigation is ongoing but that conditions have been placed on the doctor’s registration.”

However, Dr Nyla’s updated registry on the GMC website reveals that at present, there are no conditions on her practice.

Also, a bulletin on the Medical Practitioners Tribunal Service website states that following an interim orders tribunal on October 5, the interim conditions were ‘revoked’.

The doctor who founded a £4.8m beauty clinic in Wilmslow, was told that he was to inform the watchdog of any new medical role accepted by him during the tenure of the investigation.

He was also not allowed consultations with female patients without a chaperone.

Later, after being suspended from practice he reportedly said the decision was an ‘injustice’ and the ‘the nefarious basis for this decision’ would eventually be exposed.

However, his present register on the GMC website shows that there are now no longer any conditions on his practice.

When asked about the status of the previously reported investigations into the two beauty doctors, a spokesman for the GMC declined to comment.

The spokesman is quoted as saying, “We are not able to provide information about complaints or investigations unless the matter has been referred to a full hearing at the Medical Practitioners Tribunal Service.”