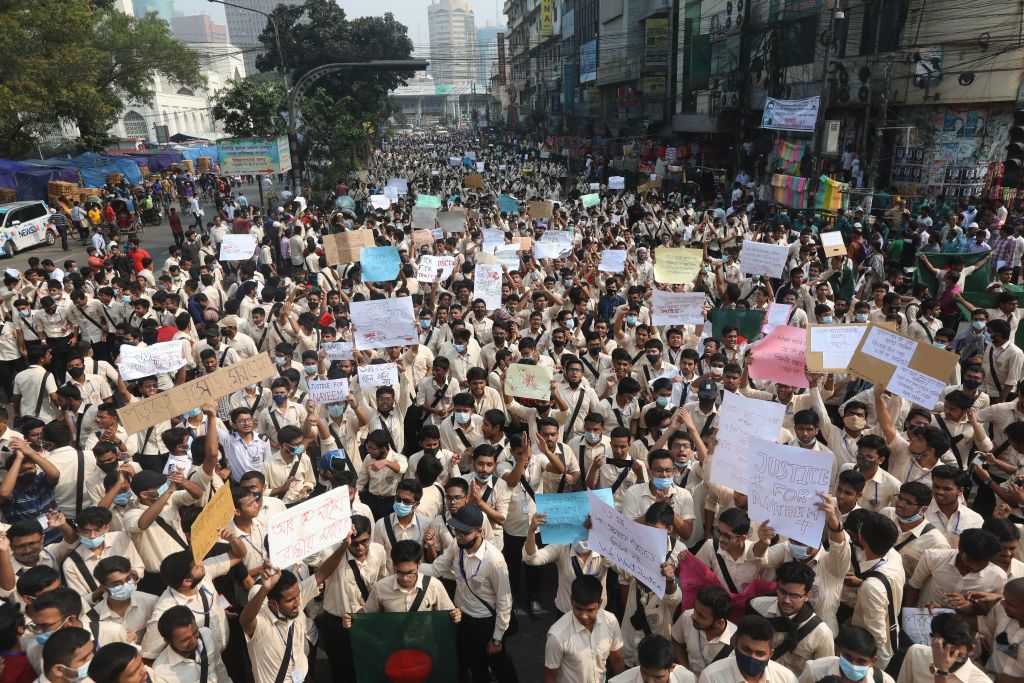 Students block a road during a protest to demand road safety in Dhaka on November 25, 2021, a day after the death of a high school student in a road accident. (Photo by AFP via Getty Images)

HUGE crowds blockaded busy streets and harassed drivers in Dhaka on Thursday (25) to protest the death of a high school student in a road accident in the Bangladesh capital.

Thousands of uniformed students brought traffic to a standstill around Dhaka’s main commercial district and near the national parliament.

Others marched to the city mayor’s office, demanding a fast-track prosecution of the driver of a garbage truck accused of fatally running over the pupil.

“We won’t return home until we get justice,” Sabit Bin Arif, a protester, said.

“We want justice. We want the safety of our lives on the roads. How can we sit back when our friend got killed by such negligence?” the 18-year-old added.

Students were seen approaching vehicles – including police vans – and asking those behind the steering wheel to show their driving licences.

In 2018, similar street protests sparked by the deaths of two students in a bus accident grew into a nationwide movement that stopped traffic around the country for a week, prompting a government crackdown.

“We won’t return home until our rights are ensured this time,” Israt Jahan Ivy, 17, said.

“We are not against the government. We just want safety on roads.”