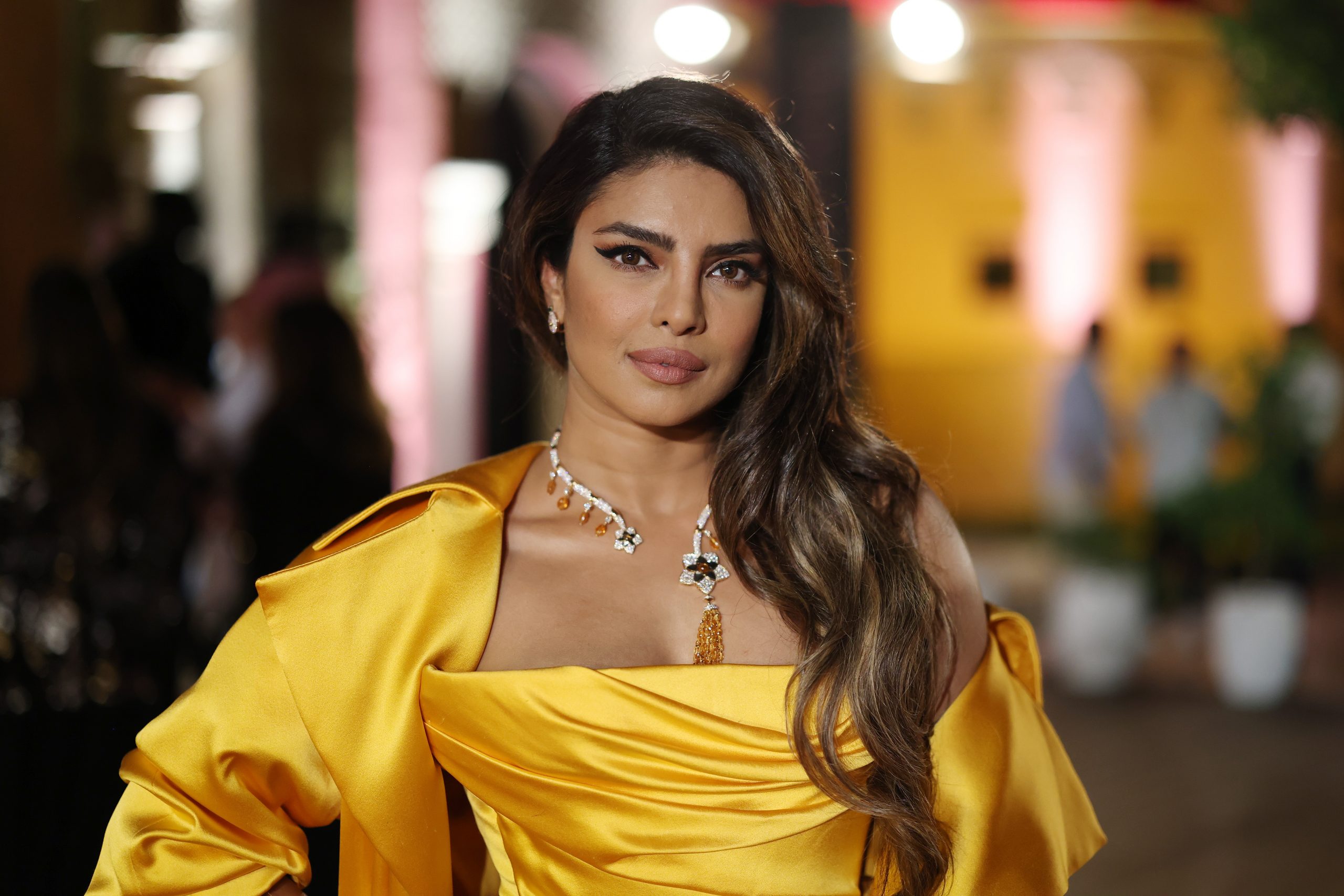 Priyanka Chopra attended SS Rajamouli and M M Keeravani’s ‘RRR’ screening in Los Angles. She shared pictures from the event along with a congratulatory note.

Taking to Instagram Story, Priyanka treated fans with a glimpse of her meeting with the RRR team. Sharing the stage with the RRR team, she wrote, “Least I can do to contribute to this incredible Indian film’s journey. Good luck and congratulations.” She tagged Ram Charan, Jr NTR, Alia Bhatt, Ajay Devgn, Prem Rakshith, Kaala Bhairava, Chandrabose, and Rahul Sipligunj in her post.

The trio- Priyanka, SS Rajamouli, and M M Keeravani posed for the camera.

Re-sharing Priyanka’s post, Rajamouli took to Insta story and wrote, “You are a global superwoman! Touched by your heart-warming words and intro. Thank you Priyanka for hosting our show and for your kind wishes.”

This lyrical composition of ‘Naatu Naatu’ by MM Keeravani, high energy rendition by singers Rahul Sipligunj and Kaala Bhairava, unique choreography by Prem Rakshith, and lyrics by Chandrabose are all the elements that make this ‘RRR’ mass anthem a perfect dance craze.

Coming back to Priyanka, she will be seen in two important projects ‘It’s All Coming Back To Me’, and the series ‘Citadel’.

It’s All Coming Back to Me will release in the US on February 10, 2023. The movie is based on the 2016 German film ‘SMS fur Dich’ by Karoline Herfurth, Deadline reported.

While ‘Citadel’ is a science fiction drama created by the Russo brothers.

On the Bollywood front, Priyanka is expected to start shooting for Farhan Akhtar’s directorial ‘Jee Le Zaraa’ in 2023. The film will also star Alia Bhatt and Katrina Kaif in lead roles. It is an all-female road trip story.