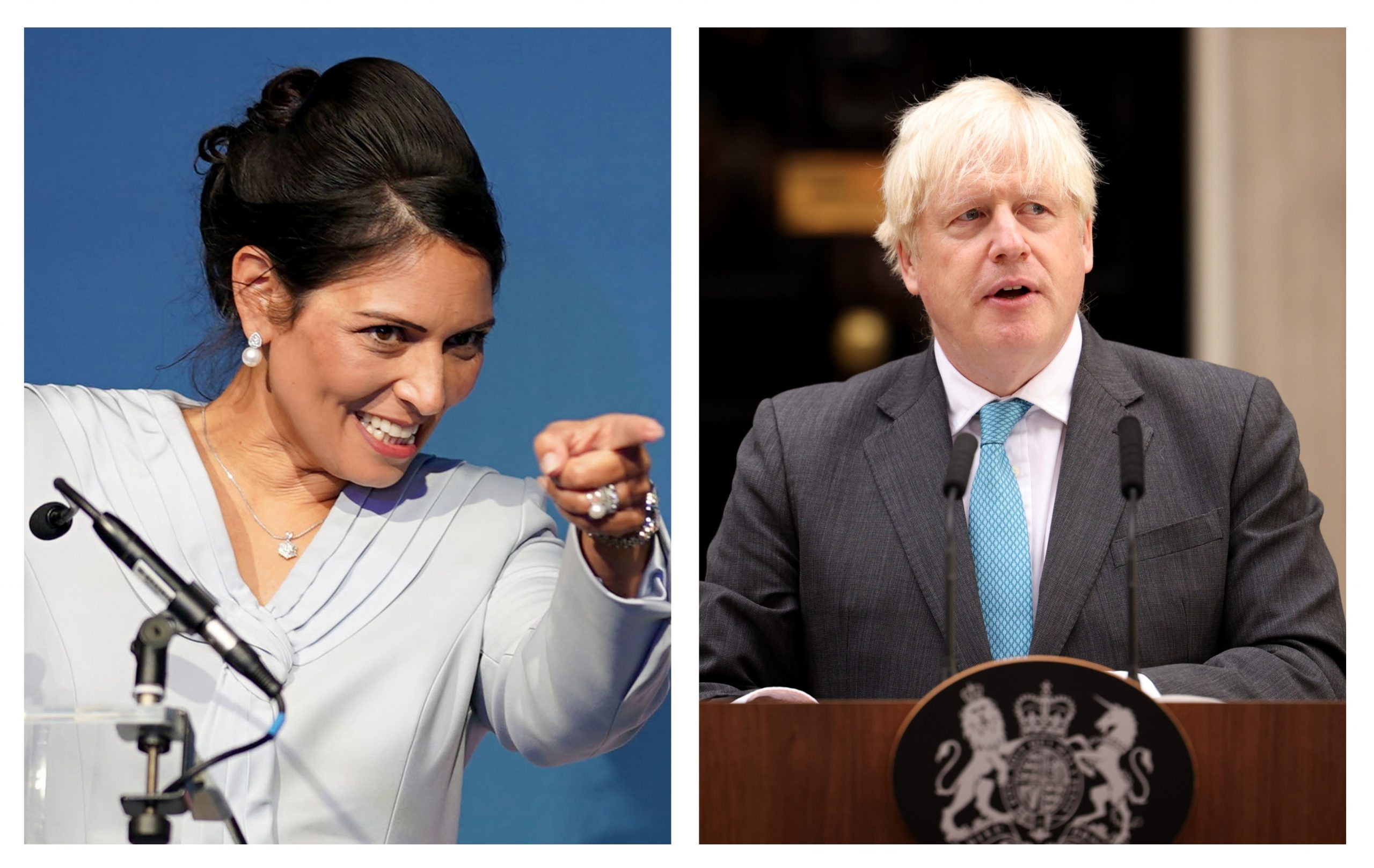 The Indian-origin MP, who had remained conspicuously silent over her choice of Conservative Party leader in the last leadership contest between Truss and Rishi Sunak, said Johnson had the public mandate from the 2019 general election to deliver for the Tories.

The 50-year-old politician took to Twitter to say that the former prime minister had a “proven track record” of getting the big decisions right, in an apparent attempt to override the partygate scandal of COVID lockdown law-breaking parties that critics have flagged as a major factor against a Johnson comeback.

“Boris has the mandate to deliver our elected manifesto and a proven track record getting the big decisions right. I’m backing him in the leadership contest,” she tweeted.

Her intervention comes as Johnson, 58, landed back in London from his Caribbean holiday and is widely expected to throw his hat in the ring to take on frontrunner Rishi Sunak in the race to replace Truss – who resigned earlier this week, marking the shortest tenure of a British Prime Minister at just 44 days packed with financial markets mayhem and policy U-turns.

Johnson himself resigned six weeks ago after a series of scandals and mass resignations among his ministers, but is still considered popular among many Tory MPs and the wider party membership. At least three Cabinet ministers have openly said they would back Johnson in the contest: Business Secretary Jacob Rees-Mogg, Defence Secretary Ben Wallace, and Levelling Up Secretary Simon Clarke. His tally of supporters now stands at around 46, compared to Sunak’s 100 – the threshold required to make it to the shortlist in time for the deadline of 2 pm local time on Monday.

If only one candidate emerges by then, the UK could have its new Prime Minister in place by early next week. But if there is a contest between two shortlisted candidates, then the 170,000 Tory members will get an online vote to pick a new Tory leader by Friday.

So far, it is looking like a three-way contest with third-placed Leader of the House of Commons Penny Mordaunt launching her campaign video to attract more MPs to side and increase her tally of around 21.