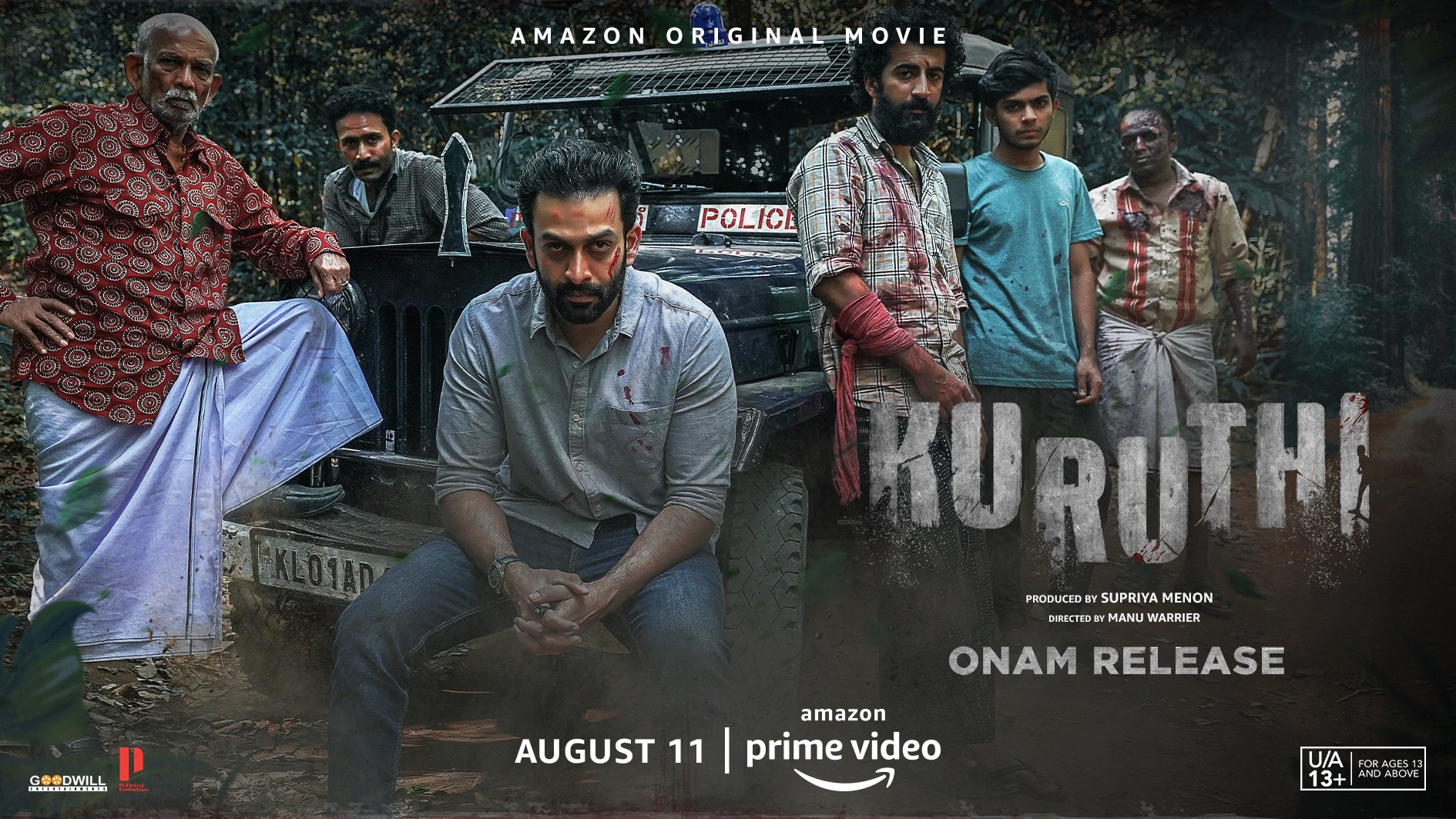 Prithviraj Sukumaran starrer Cold Case premiered on Amazon Prime Video on 30th June 2021. Now, the actor’s one more film is all set to get a direct-to-digital release on the streaming platform.

Kuruthi is political thriller and the poster of the film is quite intense.

Talking about other projects of Prithviraj, the actor will be seen in movies like Jana Gana Mana, Bhramam, Kaduva, Barroz: Guardian of D’Gama’s Treasure, Bro Daddy, L2: Empuraan, and Aadujeevitham. Bro Daddy is also being directed by Prithviraj, and it stars Mohanlal in the lead role.

Even L2: Empuraan will be helmed by Prithviraj. It’s a sequel to the 2019 release Lucifer which starred Mohanlal in the lead role.