Primark owner Associated British Foods warned on Monday there was a risk of shortages of some clothing lines later this year if delays in factory production in China are prolonged because of the coronavirus.

The virus has killed 2,442 and infected 76,936 people in China, and slowed growth in the world’s second largest economy.

AB Foods, which sources more than 40% of Primark’s product from China, said it typically builds inventories in advance of Chinese New Year, meaning it is well stocked for several months and does not expect any short-term impact.

The group, which maintained its overall financial guidance for the full 2019-20 year, said it was working closely with its suppliers in China to assess the impact of the virus on their factories and supply chains and their ability to fulfil its current orders.

“If delays to factory production are prolonged, the risk of supply shortages on some lines later this financial year increases,” it said.

“We are assessing mitigating strategies, including a step up in production from existing suppliers in other regions.”

Shares in AB Foods, the majority of which are owned by the family of CEO George Weston, were down 2% at 0906 GMT, paring gains over the last year to 9.5%.

Shares in British clothing rivals Next and Marks & Spencer were down 2.5% and 3.8% respectively.

Finance director John Bason said Primark was talking to suppliers in Bangladesh, Cambodia, Vietnam, Turkey and eastern Europe to fill the potential gap, although he said some items manufactured in China could not be replicated.

“There are in accessories or whatever, areas like that, that China is very good at that are harder to source from elsewhere…So I’m not guaranteeing that we can replace all of the shortfall from China,” he told Reuters.

It said the China sugar processing campaign was completed in January before the coronavirus outbreak developed significantly.

However, its AB Mauri, AB Agri and Ovaltine factories are operating at reduced capacity because of labour and logistics constraints caused by the virus outbreak.

Bason said the impact was not material to the overall group.

For its first half to Feb. 29, AB Foods forecast sales and operating profit ahead of the previous year.

The group’s outlook for the full-year was unchanged, with progress expected, on both a reported and a lease-adjusted basis, in adjusted earnings per share (EPS).

Prior to Monday’s update analysts were on average forecasting a full-year EPS of 147.2 pence, according to Refinitiv data, up from 137.5 pence made in 2018-19. 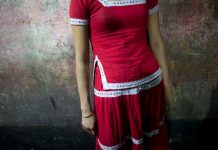 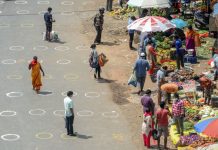 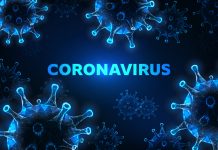