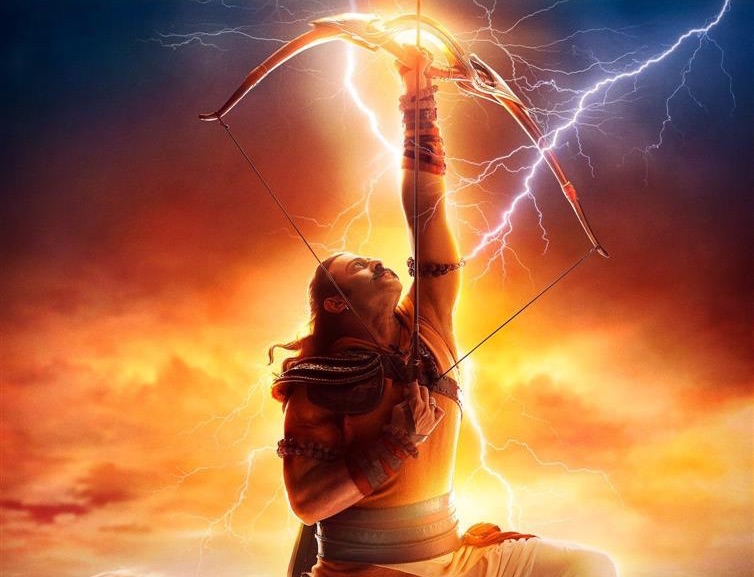 Prabhas shared on Instagram a glimpse into the world of ‘Adipurush’, a big-screen adaptation of the Hindu epic Ramayana.

“Aarambh,” the ‘Baahubali’ actor wrote in the caption of the poster.

A muscular Prabhas, dressed in armour as Lord Ram, is seen aiming his arrow at the sky as lightning strikes and thundering waves splash the shore.

The 42-year-old actor also invited fans for the on-ground release of the poster and teaser of ‘Adipurush’ on Sunday in Ayodhya, the birthplace of Lord Ram.

“Join us as we embark on a magical journey on the Sarayu River Bank in Ayodhya, UP. #AdipurushInAyodhya. Unveil the first poster and teaser of our film with us on Oct 2 at 7:11 PM!” he wrote in the post.

Touted as a film celebrating “the victory of good over evil”, ‘Adipurush’ features Saif Ali Khan in the role of the antagonist, Lankesh.

The film is produced by Bhushan Kumar and Krishan Kumar of T-series, Raut, Prasad Sutar, and Rajesh Nair of Retrophiles.