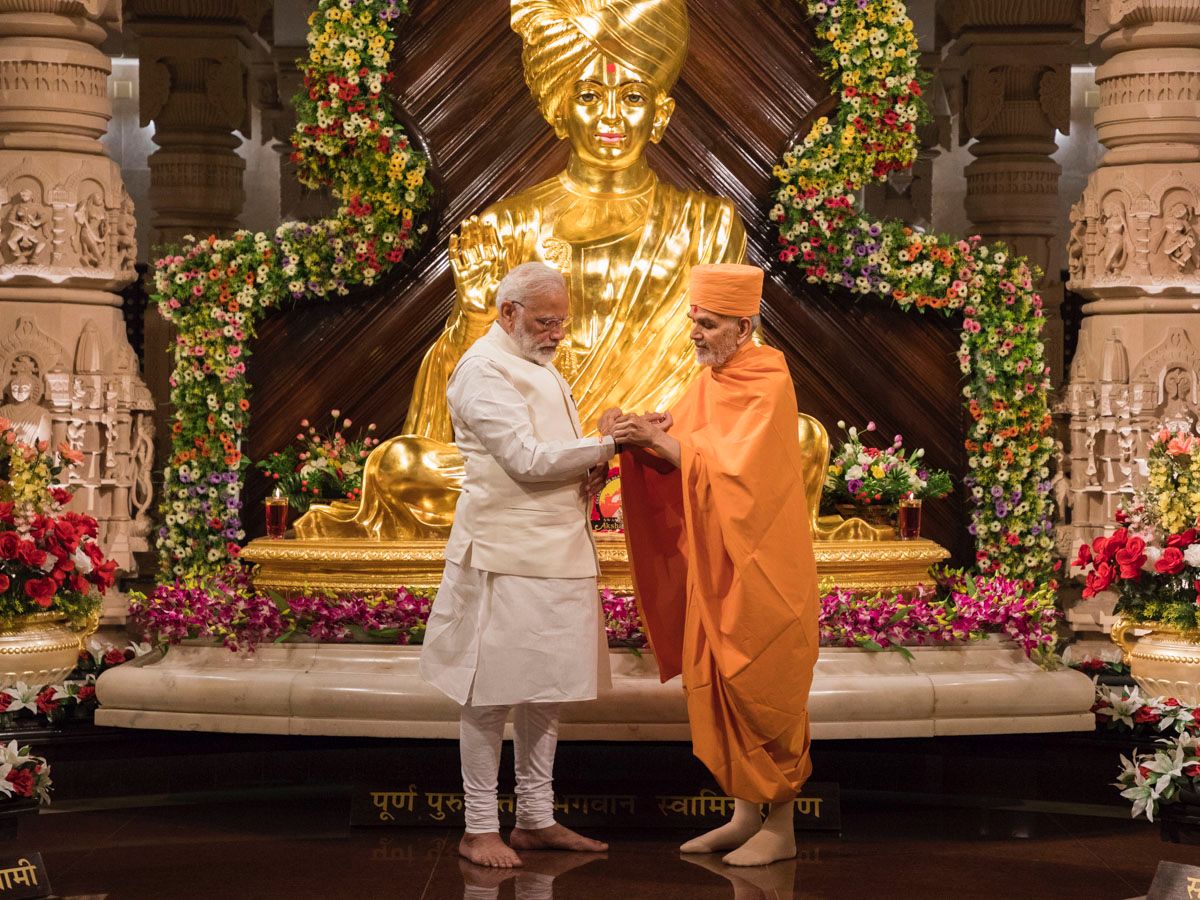 The five year-long centennial celebrations around the globe will culminate in the final, month-long, grand celebrations in Ahmedabad in the western Indian state of Gujarat between December 15, 2022, and January 15, 2023.

The festivity, which is expected to attract several thousands of followers of the Bochasanwasi Akshar Purushottam Swaminarayan Sanstha (BAPS) from different countries, will be inaugurated by Indian prime minister Narendra Modi on December 14 at a grand inaugural ceremony from 5 pm onwards India time, in the divine presence of Param Pujya Mahant Swami Maharaj and over a hundred thousand devotees.

Modi has in the past witnessed the social works undertaken by BAPS under the leadership of His Divine Holiness (HDH) Pramukh Swami Maharaj and has conveyed heartfelt wishes either through letters or phone calls.

Modi has seen the massive relief works and hundreds of cultural, social, and spiritual activities undertaken by BAPS under HDH Pramukh Swami Maharaj, and has been deeply touched by his spiritual personality, selfless saintliness and utmost affection, for over four decades.

The preparations for the grand celebrations at the 600-acre festival site — Pramukh Swami Nagar are currently in full swing.

More than 80,000 volunteers are working day and night to give the preparations a final touch.

Many dignitaries are also set to join PM Modi at the inauguration ceremony.

Moosewala’s father went after son with security, witnessed his killing

Outcry over £117m redevelopment plan of Gandhi ashram in Ahmedabad

India abstains from UNSC resolution on Russia’s ‘aggression’ against Ukraine