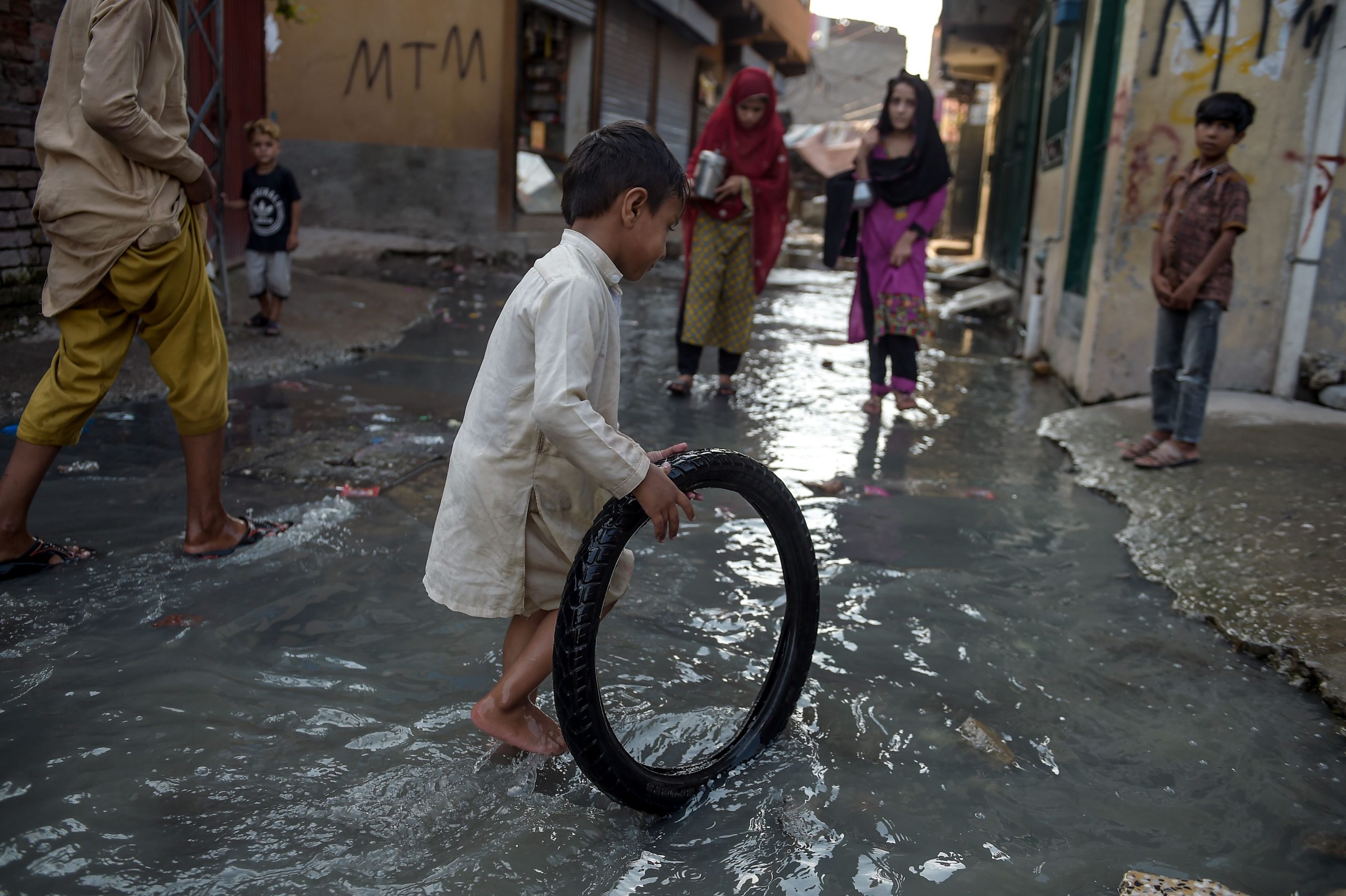 Nearly naked and covered with a black, foul-smelling muck, Shafiq Masih struggles out of a sewer he has just cleaned by hand in an upmarket district of Lahore, Pakistan’s second biggest city.

Every day the 44-year-old descends into the city’s sewers, braving toxic gases emitted by excrement, pollutants and other waste, to manually unblock the drains of the city.

“When someone goes down, they have to sacrifice all self-respect,” he told AFP.

Like the vast majority of sanitation workers in Pakistan, Shafiq is a Christian, and doing a job that comes with strong social stigma — one considered impure by many Muslims.

Even in death there is no dignity.

In 2017 Muslim doctors sparked outrage and protests in Umerkot when they refused to treat a Christian sewage worker overcome by toxic gases, saying they could not touch his soiled body because they had to remain pure during Ramadan.

– Caste discrimination –
Most Christians in Pakistan are descendants of lower-caste Hindus who converted during the British colonial era in the hope of escaping a system that frequently forced them into a life of toil almost from birth.

They make up less than two percent of the population, but occupy more than 80 percent of jobs involving refuse collection, sewage work and street sweeping, according to figures cited regularly by the National Human Rights Commission (NHRC).

The remainder are filled mostly by Hindus, another tiny community in the Muslim-majority nation.

Even though the caste system doesn’t officially exist in Pakistan, it persists in these occupations, experts say.

The word “chuhra”, traditionally used to describe those working in the sanitation industry — and considered extremely derogatory — is now synonymous with being a Christian.

Institutionalised discrimination is also rampant: some job adverts from public bodies have specified menial cleaning jobs are reserved for “non-Muslims”, with the Centre for Law and Justice, a local NGO, identifying nearly 300 such announcements over the past decade.

The NCHR has recently launched a campaign to protest against this practice.

– Immense risks –
Like much of Pakistan, the drains in Lahore — a city of 11 million — are routinely unclogged with a long bamboo stick. If this doesn’t work, someone has to go in.

For doing this, and after 22 years of service, Shafiq receives just 44,000 rupees ($240) a month — still, almost double the salary of street sweepers and garbage collectors.

But the associated risks are immense with infections including tuberculosis and hepatitis common, as well as skin and eye diseases.

At least ten people have died since 2019 in Pakistani sewers, according to the Centre for Law and Justice (CLJ), a local NGO which says the figures are probably far higher than reported.

In October in Sargodha, two Christian sewage workers died rescuing a third who had been forced by his Muslim supervisors to enter a sewer he knew to be full of poisonous gas.

Their families filed a complaint of criminal negligence — a first in Pakistan — but agreed to an out-of-court settlement.

“When you go to work, you are never sure you will get home,” said Shahbaz Masih, 32, who was once overcome by fumes in the sewer before being revived in hospital.

– State exploitation –
Industry insiders say companies responsible for the city contracts take advantage of worker illiteracy and disorganisation to pay them monthly salaries of under 10,000 rupees (50 euros) — less than half the legal minimum.

“The state is directly responsible for this exploitation,” says Mary James Gill, a Pakistani lawyer and politician who heads the CLJ and received the 2021 Human Rights Award from France for her “Sweepers are Superheroes” campaign.

“From their recruitment to their death, we have clear and undeniable evidence that they are discriminated against by society and the state.”

Gill says there is a vicious circle, with poverty preventing many Christians from providing an education for their children, who have no choice but to turn to the same occupation.

Shafiq knows that he is not about to be promoted and leave the sewers.

Still, every day he “thanks God for another day to live”.

The Return of Faraz Ali: Debut novel helps author define her ties with…