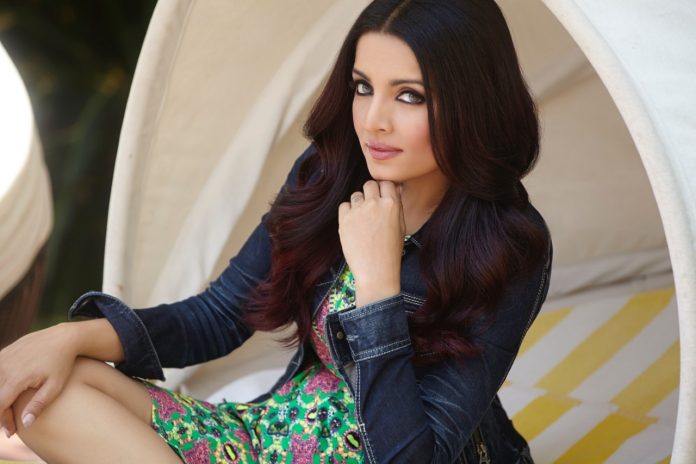 BEAUTY queen turned Bollywood actress Celina Jaitly shone globally and then decided to walk away from the spotlight to start a family.
She became a wife and devoted mother, but remained connected to her philanthropic work and activism. The strikingly beautiful star also battled personal challenges, including the heart breaking loss of a child and her parents, during her sabbatical from acting.

Now after nearly a decade away from the screens she has taken her first steps back towards her acting passion with a lead role in new short film Season’s Greetings: A Tribute To Rituparno Ghosh, which is available now on streaming platform ZEE5. She is back stronger and more connected to her creative passions than ever before, and still looks like a breathtakingly beautiful movie star.

Eastern Eye caught up with Celina at her home in Austria during the Covid-19 lockdown to talk about her return, new film, battle with depression and future hopes.

How are you coping with the coronavirus lockdown and what have you been doing?
We all are coping with the situation in our own way. In Austria, we had lockdown since January, as we are close to Italy (the most affected place). My husband Peter (Haag) and I are managing our kids and working from home. With no staff and restricted movement, it’s difficult, but we are blessed to live high up in the Alps, so fresh air and glacier waters are plentiful. Austria reacted faster than most countries, so avoided the worst. This fast and restrictive reaction now gives us the possibility to come out of this crisis quicker. Austria is offering a glimmer of hope to other countries still climbing the coronavirus peak.

Is there a message you want to send out during this lockdown?
Covid-19 is impacting and reshaping daily life for everyone globally. We can take this lockdown negatively or we can use it positively. This is a great opportunity to reconnect with our loved ones and ourselves; also, to declutter our homes and things that put stress on our subconscious. It’s also a chance to pursue a hobby or read that book we have always not had time for. Most importantly, this is a time for self-introspection. We should use it as an opportunity to figure our future prospects.

Was it easy for you to walk away from cinema and settle down to married life?
I never walked away from cinema. I started my career with a beauty pageant as a 16-year-old. I worked round the clock and beyond a point, I was getting bored doing the same thing. That’s when I met Peter. He came at the right time, and I decided to explore other seasons of my life’s journey. As a person, you need balance and can’t be only
chasing your career. You need to see the world, live your life with people you love. Of course, I am an actor and will always remain one. Now, I am in a position to choose what I want. I am glad Ram Kamal Mukherjee came to me with Season’s Greetings, and am so happy to be a part of it. It not only gave me self-satisfaction, but also it excited me as a performer to do something challenging.

You have overcome challenges, including the loss of a child. How have you been able to remain so strong?
It’s not been easy, Asjad. I lost my parents and the circumstances of the loss of our baby son almost at the same time led me into deep depression. Peter was the chief commercial officer of one of the most iconic Middle Eastern companies globally, and he decided to walk away from that job so I could heal away from it all back home in alpine Austria. Season’s Greetings: A Tribute To Rituparno Ghosh also played an important role in my fight with depression. It was my mother’s last wish for me to return to cinema and use the platform to propagate things and causes I believe in. Being about a mother-daughter relationship, this film helped heal a lot of emptiness within me.

You recently talked about your battle against depression. How have you managed to cope?
Sadness can be a difficult emotion to deal with, not only due to the pain it causes, but also because of the factors that caused the sadness in the first place. In my case, it was losing both parents almost together and the circumstances of our baby’s death. Doctors advised me continuously not to withdraw from life and getting back to films helped.

What advice would you give to others battling depression?
Seeking help for depression is most important because the mind is the master of everything that is connected with you in your life. Don’t withdraw from life, take up some form of exercise, eat a healthy diet and face your fears with the help of a loved one and/or professionals.

How much has motherhood helped you remain strong?
Motherhood truly is an amazing journey, and I am completely in awe of how it has changed me. It’s incredible how much comfort I find in being a mom and how much I’ve learned about myself. I’m stronger than I ever thought possible, I’m patient most of the time (given I have three boys), I can laugh at myself (because I’ll go crazy if I don’t) and I have this amazing ability to love unconditionally, as most mothers do. I have grown so much during the past eight years and can only imagine how much more growth will happen in the years ahead. Responsibilities as a mother help you always to reboot and regenerate.

What made you want to return to acting with a short film?
Well, a 47-minute film is no longer considered a short. As per International festival standard, 50 minutes falls into feature film category. As I said, it was not pre-planned. Ram Kamal made a wonderful short film (Cakewalk) with my friend Esha Deol Takhtani and when he narrated me the role of Romita from Season’s Greetings, I could immediately connect to the character. I had lost my parents last year, and I thought that it was a signal, as my mother always wanted me to return to films. I am glad the film is getting a massive response from the media, the Bollywood fraternity and audiences.

You must be pleased with the response to the film…
Yes. We received mostly four or five stars from 90 per cent of leading critics. Season’s Greetings opened at the Cardiff International Film Festival and received a standing ovation from international delegates. It also travelled to eight other prestigious festivals globally, and finally, was premiered early this year at Rajasthan International film Festival, where it bagged the Best Director Award.

What was the biggest challenge of playing this role?
Lillette Dubey famed for films like Hotel Marigold and Monsoon Wedding plays my mother. Since this film explored a mother-daughter relationship aspect and having just lost my mother, it was very difficult to say the word ‘ma’ and not have a breakdown.

It is a mother-daughter story. Tell us about your character Romita?
I remember Romita was a character in Dahan, a film directed by Rituparno Ghosh. And the film was based on Suchitra Bhattacharya’s novel by the same name. This film pays a tribute to Rituda through such anecdotes which I guess cine lovers will appreciate. I am nothing like Romita in reality, so playing her was certainly a challenge, but I trusted and believed in Ram Kamal as I have always done. I shed Celina and tried to dissect Romita just like Rituda would have done with a scalpel, being a master of depicting human relationships against contemporary or periodical social contexts. Lilletteji (Dubey) and I also connected for a few days before the shoot at a personal level, and I had the wonderful opportunity to do a few workshops under her guidance, which were very enlightening. The wonderful response at many international film festivals proves it was a right choice. I am eternally grateful to Ram and the spirit of Rituda.

Do you have a favourite moment in the film?
Yes, all my scenes with a trans actor Shree Ghatak. Having been an LGBTQI activist and UN goodwill ambassador for UN Free & Equal Campaign for LGBTQI rights, it was delightful to be part of the first ever Bollywood project to cast a trans woman in a trans role in mainstream film.

Will you now be making a bigger return to acting?
Yes, for sure. All the four-five star reviews and immense praise for my work in Season’s Greetings has put a lot of pressure on my future choices. I can never stop doing films, but it will only be for a script that sets my passion alight.

What is the acting plan going forward?
Working with international directors on a diaspora of various projects. Having improved my German over the last few years, I hope to find amazing scripts in European films as well. I want to recreate the magic of Season’s Greetings with Ram on a completely different subject and working with Gurinder Chadha would be a dream come true.

What is the master plan after lockdown is over?
Besides going to a bar with my husband and getting a pint of Austrian draft beer, I am looking forward to a new journey with cinema.

You are also a campaigner for human rights. How important is that for you?
My work with LGBTQI rights now touches 15 years and with United Nations seven years. One has to be either blind or mentally incompetent not to notice the prejudice prevalent around us. It is very rare to have a straight ally like myself stand up with such a passionate stance, but we need more. There has always been more of an emphasis on standalone lesbian and gay activists, individuals, and groups. People don’t realise the importance of a straight ally.

Tell us more…
There are a number of places where a straight ally can express their support in small, but incredibly meaningful ways. Your workplace, house of worship, school or civic organisations – there are so many opportunities to introduce, support or vote in favour of LGBTQI inclusive policies. Many of these places globally still have policies or cultures that remain unfriendly or restrictive to LGBTQI people. But the one-on-one, honest and informed conversations can help change this. As an ally, you bring a different perspective to the conversation. Your insistence on equality has a different meaning. It isn’t about you, but it’s about others and doing the right thing.

Today, what inspires you?
My personal inspirations are my parents. Yes, I admit it’s a bit cliché, but they are, and their voices from my entire life continue to ring in my mind to inspire me to become the best and highest possible version of myself.