Already on track to overtake the United States with the world’s most novel coronavirus infections, India is bracing for a surge of cases in coming weeks as it heads into its main holiday season with an economy freed of virus restrictions.

The recent experience of the southern state of Kerala, which was praised for its initial handling of the pandemic, indicates how rapidly the situation can worsen. Reported infections there have jumped by five times since it celebrated the 10-day harvest festival of Onam in late August, far outpacing the two-fold increase in cases nationally over that time.

Still, cash-short state governments are reluctant to stop people from venturing out during the money-spinning Hindu festivals of Durga Puja, next week, and Diwali in mid-November.

The holidays are celebrated with family gatherings, bumper buying and the giving of gifts, from sweets and snacks to clothes and cars, generating vital income for many people.

“We will probably have more deaths out of starvation if the rural migratory population who flock to cities during the pujas and earn some money during the festivity are deprived of the opportunity,” said Subrata Mukherjee, a cabinet minister in the fourth-most populous state of West Bengal, which has one of India’s highest coronavirus caseloads.

“With sowing and transplanting operations of paddy being over, a large rural population is out of any economic activity now. Similarly, thousands of small traders are looking forward to some earnings.”

West Bengal, where the ruling party is expected to face a tough challenge in an election next year from Prime Minister Narendra Modi’s Bharatiya Janata Party, has allowed 42 percent more community Durga Puja gatherings this year and doubled state financing for them.

Some doctors have accused politicians of undermining public health out of fear of upsetting religious sentiments, while the health minister has warned the situation will worsen if social distancing and other rules are not followed.

“There is no need to congregate in large numbers to prove your faith or your religion,” the minister, Harsh Vardhan, said in a broadcast last week.

“If we do this we may be heading for big trouble.”

India has reported more than 7.2 million coronavirus infections and more than 110,000 deaths, though the rate of increase has slowed in recent weeks.

But doctors fear fatalities could spike as bad winter air pollution may worsen the breathing difficulties that many COVID-19 patients suffer.

If current trends hold, India will overtake the infection tally of the United States early next month.

It took Kerala, one of India’s most educated and developed states, five months to reach a tally of 5,000 confirmed cases from its first one in late January. In just over three months since, however, its infections have ballooned to 300,000, a big chunk of them coming since Onam.

“During the festival season, no matter what effort one takes, there is a mixing of population that happens, which is a multiplier of cases,” said Rajan Khobragade, Kerala’s principal health secretary.

“People should be more responsible and voluntarily take the extra effort to follow guidelines and stay protected.”

Officials in the state, which has some of India’s best health facilities, said they were prepared to handle the spike.

That, however, may not be the case in poorer and bigger states like West Bengal.

“Bengal had been a thought leader in many spheres but unfortunately the pre-puja trend is an indication of an impending hara-kiri that the people are going to commit,” said Dr Abhijit Chowdhury, a member of the state government’s COVID-19 task force.

“The way the people, many of them educated, are disregarding the COVID-19 safety protocols is frightening. We seem to be heading for a very bad time.” 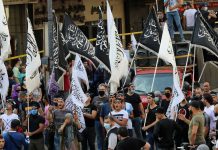 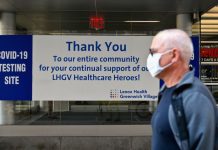 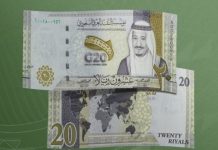